Remember last Paris Fashion Week when “Twilight” star Kristen Stewart sat front row at the Chanel show, draped in Coco-branded pearls and chains, and even rubbing shoulders as if best friends with the brand’s creative director, Karl Lagerfeld? Now it all makes sense: the starlet has been dubbed the official face of the brand’s Metiers d’Art collection, which showed its Pre-Fall 2014 collection last night in Dallas.

Stewart was on-hand for the festivities, which took place at the Texas city’s Fair Park, redecorated in the style of a good old-fashion rodeo barn. In classic K. Stew form, the star wore her hair swept to one side, a cropped sweatshirt with another tied around her waist, and generally didn’t show much excitement at her new role. 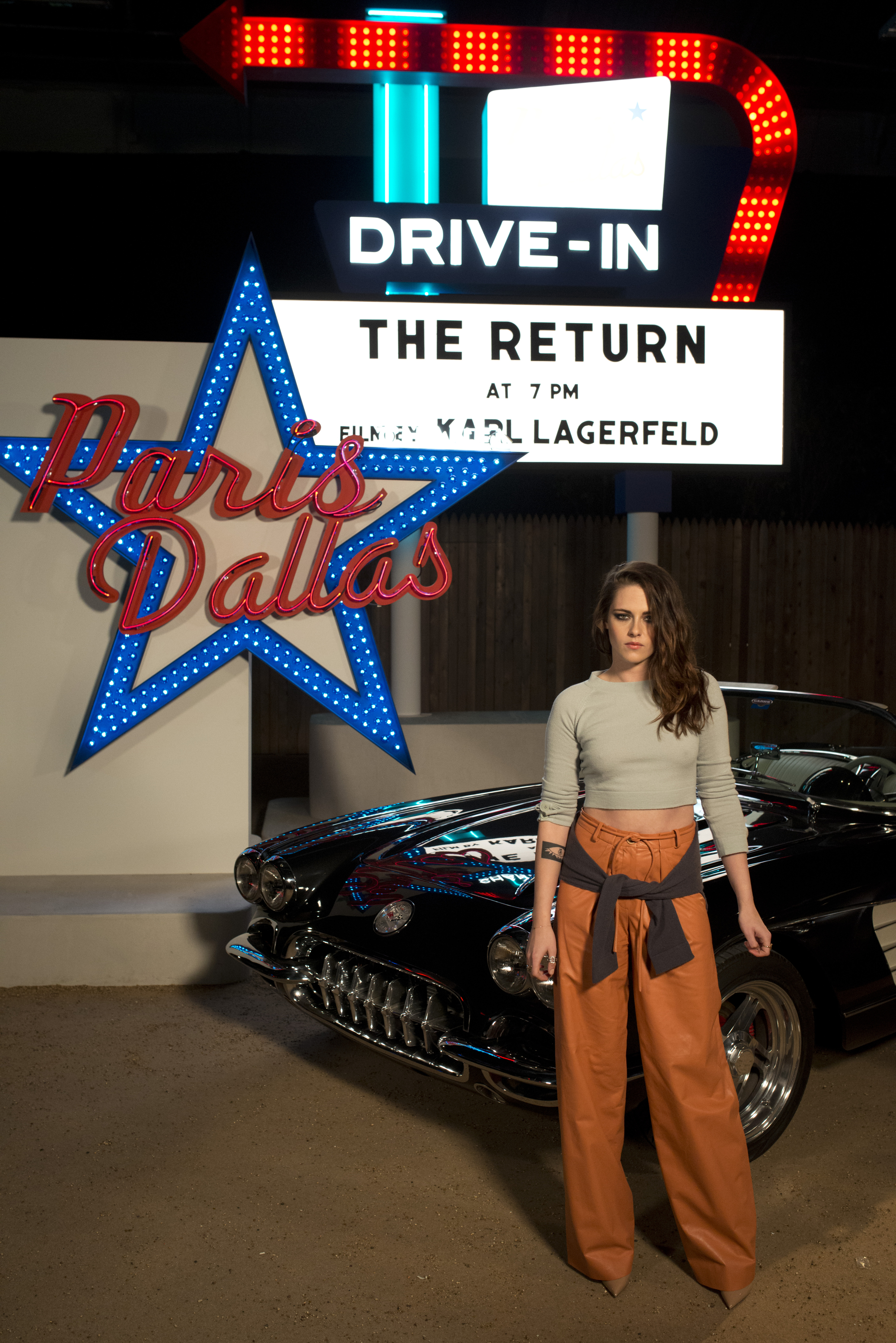 The Metiers d’Art collection is the Pre-Fall line Lagerfeld puts out every year about this time. You may recall that last year, the face of that collection was none other than Tilda Swinton.

It’s interesting that the Parisian house’s powers that be have decided to go with someone so much more commercial this year; Stewart has a massive legion of followers, but it’s also true that she’s spent her fair share of time in the hot seat (remember when she cheated on beau Rob Pattinson?)

MORE: About That J-Law and K-Stew Feud

What do you think of Stewart’s new role as the face of Chanel Metiers d’Art? Sound off below!