Since the first episode of Bravo’s Vanderpump Rules, Kristen Doute has been nicknamed “Crazy Kristen” for her irrational and controversial behavior that includes (but is not limited to): sleeping with her best friend’s ex-boyfriend, telling her boss to “suck a dick,” and flying a woman from Miami to Los Angeles who she believed her boyfriend cheated on her with.

But what started as an insult to describe Kristen as a loose cannon has since become a term of endearment that even Jennifer Lawrence has used to encapsulate the unpredictable entertainment that comes from the reality star’s mouth. Fast forward to 2020 and Kristen has reclaimed the word “crazy” on her own terms. She’s even included the word in the title of her new book, He’s Making You Crazy : How to Get the Guy, Get Even and Get Over It, which debuts on June 2.

“We’re taking this C word back, this word ‘crazy’ that men have been calling women for so long because we’re emotional, erratic or untrustworthy because of past relationships,” she says. “We’re always called crazy for having opinions or emotions. It’s like, ‘You know what? Yes, fine, we are crazy. But it’s not all our fault. Because he’s the one making us crazy.’” 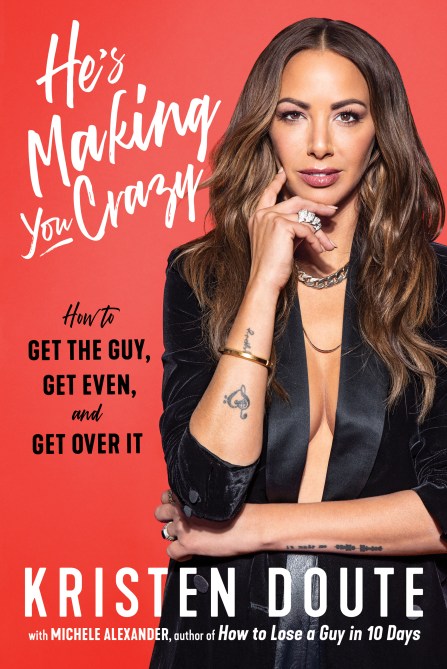 The book, which is co written by How to Lose a Guy 10 Days author Michelle Alexander, chronicles Kristen’s dating history, both pre and post-Vanderpump Rules. The memoir will also include updates on Kristen’s life since season 8 of Vanderpump Rules finished filming in fall 2019. As viewers know, the current season of Vanderpump Rules—which saw the end of Kristen’s friendship with her longtime besties, Stassi Schroeder and Katie Maloney—hasn’t been the easiest for her. “I keep hoping with every episode that airs that maybe I’ll find some sort of answer for myself as to why things happened the way they did,” she says. “I keep holding onto that a little more as we’re trickling toward the reunion.”

As fans saw, Kristen’s fallout with Stassi and Katie started over her continued communication with her toxic ex-boyfriend Carter. While Kristen—who confirms that her friendship with Stassi and Katie is still as fractured as before—somewhat understands where her ex-friends are coming from, she still has a lot of questions for them when the Vanderpump Rules reunion films in the next several weeks.

“Just because your friends are going through a hard time, it’s not the time to drop them,” she says. “I’ve tried to be really understanding that they have a lot of big events going on in their own lives. To choose to deal with a friend going through something so difficult wasn’t something they were willing to do. I can somewhat understand that. But right now, we are the way we are.” 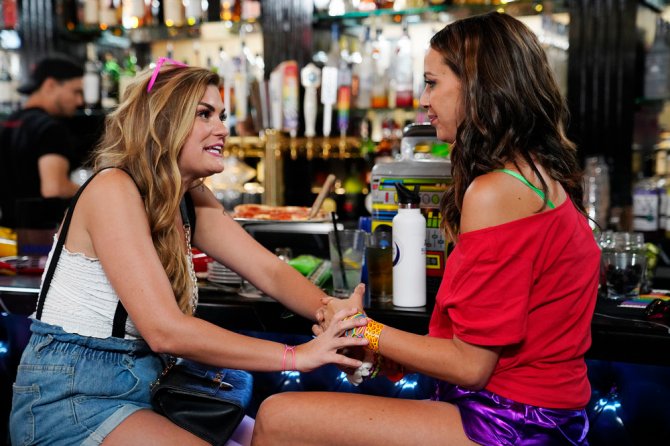 As for the upcoming reunion, Kristen confirms that it will be virtual due to the current coronavirus crisis. As one of the few cast members who isn’t in a couple, she has mixed feelings about a virtual reunion. “They’re trying to do a virtual reunion. I worry that people will shut down because they’re being forced to deal with the situation at hand,” she says. “Also the fact that some of the couples will be together. There will be so many of us who will be alone in our own homes. The only positive is that I’ll be in the comfort of my own home and my positive little energy bubble.”

Kristen, who usually starts filming Vanderpump Rules in May or June, hasn’t heard word about the next season. While the current season has been rough for her, Kristen confirms that there’s no doubt she’ll return for season 9. “I don’t really know any differently anymore,” she says. “Even though there have been some obvious shifts in some of the major friendships, for me, at the end of the day, we’re all still family.” 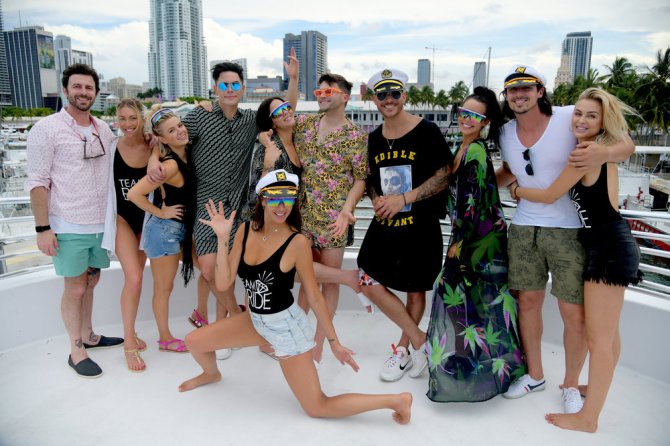 How were you cast on Vanderpump Rules?

“Evolution Production, who was doing The Real Housewives of Beverly Hills were already interested because Lisa [Vanderpump] was talking about this salacious group of young kids in their 20s. It started with an employee meeting, which we never really would have at SUR. That scared the shit out of us because we were like, ‘Uh. Oh. What did we do? This has to be bad if Lisa is calling a meeting.’ We were all sat down one by one with Lisa and Natalie, who owns SUR as well, and were asked, ‘Who are you friends with? Who did you date? Who are you not friends with? What goes on here socially at SUR during clocked-in hours and during clocked-out hours?’ It was like, ‘Wait. What is going on?’ That’s essentially how it started. Then when we shot the pilot, they gave every employee at SUR an opportunity to take part in it. Some people didn’t want to. Some did.  Then they created a core cast to see if it worked, and luckily for us it did.”

“One would be all my drunken baby giraffe moments. We all know I have two left feet, so falling is always fun to watch. And two would be bringing James Kennedy onto the show.”

What’s a moment that didn’t make it on TV that you wished did?

“Two that stick in my mind are both Pride episodes. The first one was season 5 when the shooting at Orlando Pulse nightclub had happened. They still decided to film at SUR because Lisa felt very strongly about being a voice for gay rights and not stopping that. Some of us didn’t feel safe enough to go out. All of us girls and I went to Katie’s apartment and we decided to start a GoFundMe because we wanted to do something with our time. I wish they showed that we were all together and still trying to do something even though we didn’t go to SUR that day. And then season 8, at Pride, I was not in the episode, but my James Mae partner and I were both selling shirts, and we were donating the proceeds to charity. So I wish certain things like that would be shown a little bit more.”

What’s a moment people reference the most when they see you? 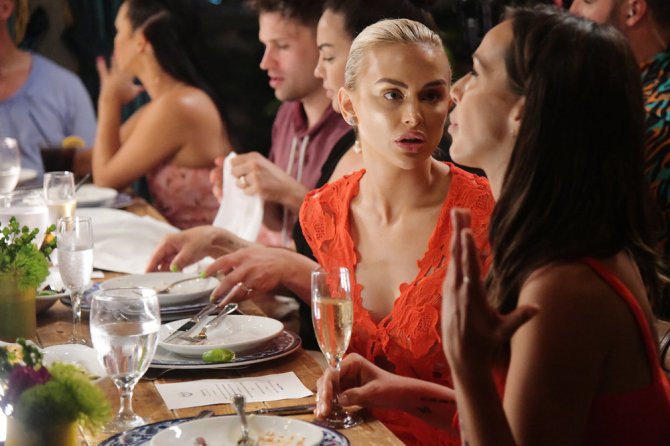 “You don’t realize how comfortable you are around the cameras and the crew. You really do forget that they’re in your house. I remember going into season 1, we were thinking like, ‘OK. If we have to call each other on camera, we need a code word, so we know we’re filming.’ We were trying to orchestrate things so much because we didn’t realize how much they would really be a fly on the wall in our lives.”

Who is someone you didn’t think you’d get along with?

“Absolutely, Lala. At the beginning when Lala first came on, she had this very tough exterior. This bad bitch, I’m a hoe mentality. She used to say things like that. And I was like, ‘Oh, we’re never going to vibe with this girl.’ She’s too young for us. She’s too hard. She’s trying to be someone she’s not. I never thought we would come to a place where we would be so close.”

“Southern Charm, for sure. They look like they have so much fun. I’m friends with them. I feel like they’re the Vanderpump Rules of the south.”