We’re only nine days into the new year, but it’s already clear that stars shall take it upon themselves to really let it all hang out on social media this year. Last night’s Golden Globes prep included behind-the-scenes footage from everyone from Drew Barrymore to Thandie Newton, and it seems that if 2016 was the year of no makeup (thanks, in large part, to Alicia Keys), 2017 is going to be the year of no filter.

Case in point: Kristen Bell posing in her “butt pad” as she prepared for the Golden Globes. In a series of shots posted via Insta Stories, Bell shared her pre-award show routine, which included hanging out sans makeup, fueling up with a delicious-looking lunch—and donning padded underwear for her red carpet turn.

“Butt pad,” she blazoned over a shot of herself wearing a serious pair of granny panties. She helpfully added some bright purple arrows, in case you missed the subject of the photo. 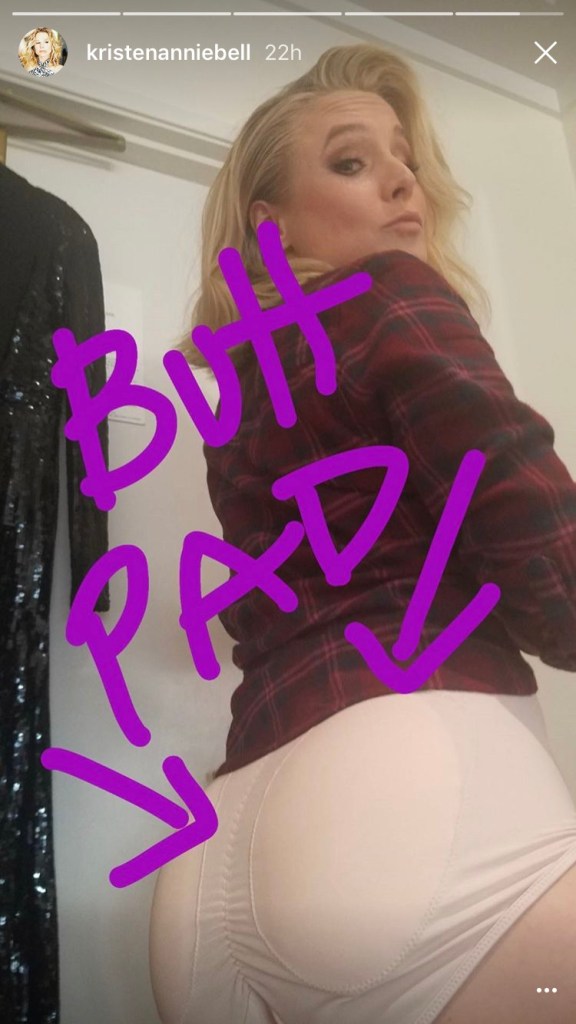 MORE: The Best Behind-the-Scenes Instagrams of the Golden Globes 2017

Bell also posted a pic of herself first thing in the morning, makeup-free—and wearing her Golden Globes dress. “Step 1: morning matcha!” she elaborated in an Instagram. 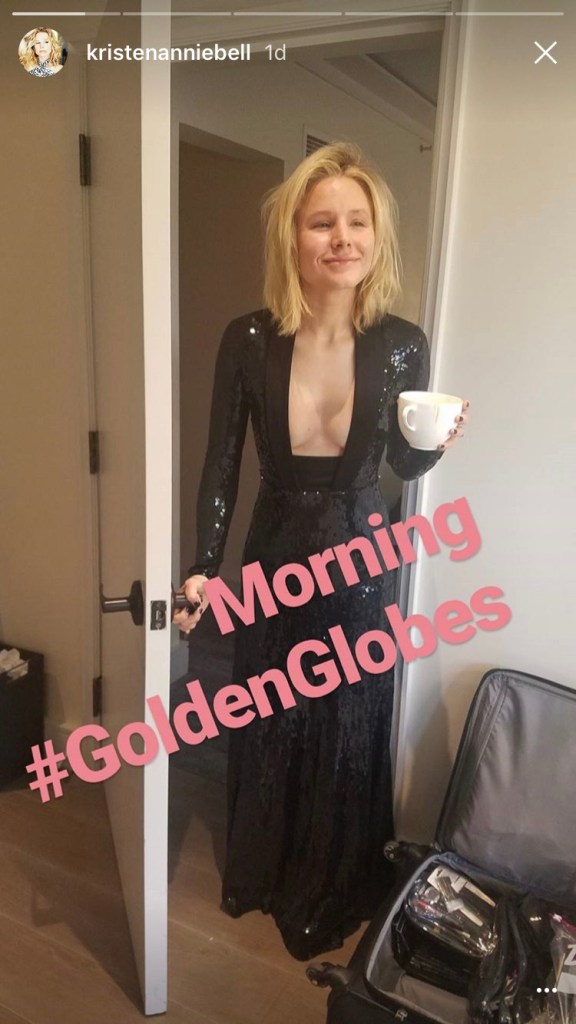 Next she showed off her face mask game, which is practically de rigueur among celebs on Instagram getting ready for things these days. “I’m preparing for the golden globes… Or an alien abduction,” she wrote. 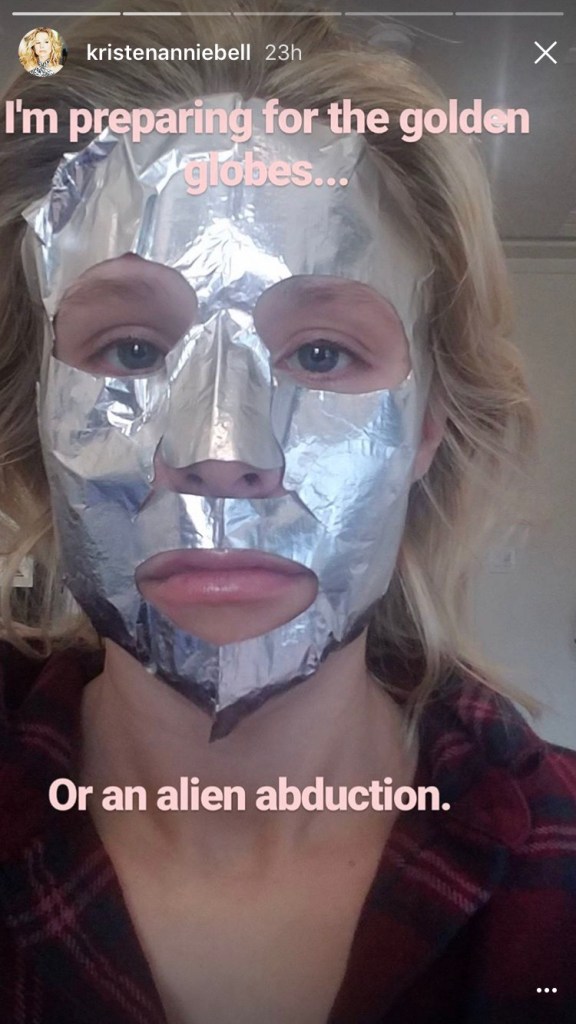 Up next: A little Boomerang of herself noshing on a jealousy-inducing sandwich and salad—while her glam squad was in full effect. “FOOD,” Bell wrote. 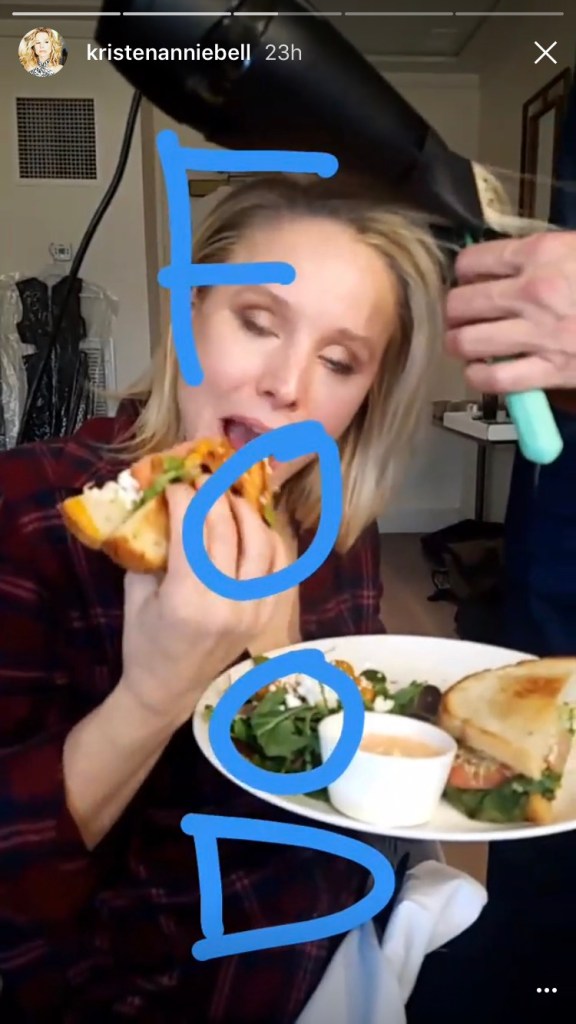 And last but certainly not least, Bell—now in full hair and makeup, but still wearing her plaid shirt (and the butt-pad panties, we guess?) showed off her epic stash of bling for the red carpet in yet another Boomerang. 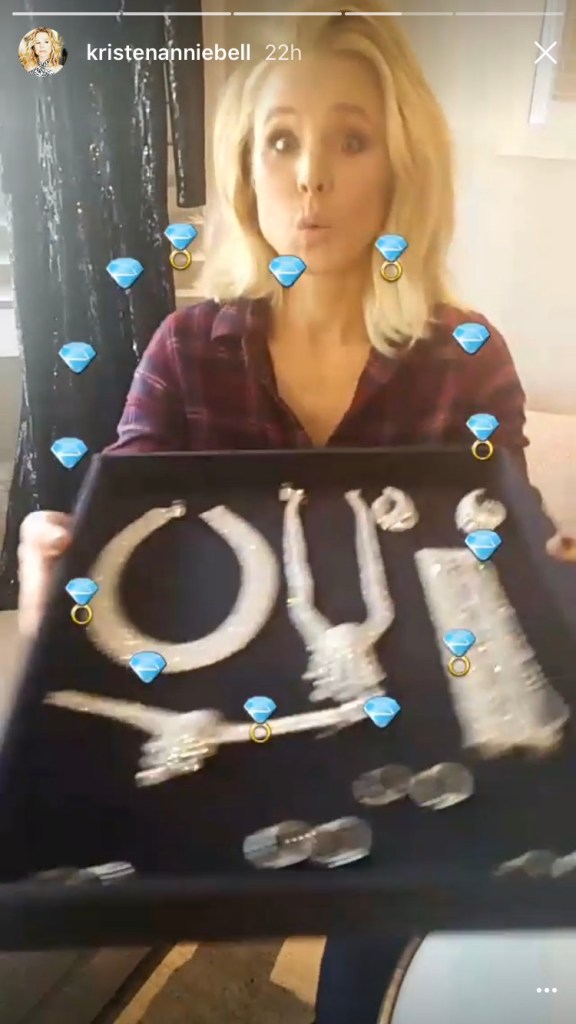 Now we are intimately familiar with Bell’s toilette routine. The real question is: How many other celebs were wearing butt pads on the red carpet last night?

Here she is, after all the primp and polish, posing alongside husband Dax Shepard. You can’t even tell she’s wearing a butt pad. But the bling looks great! 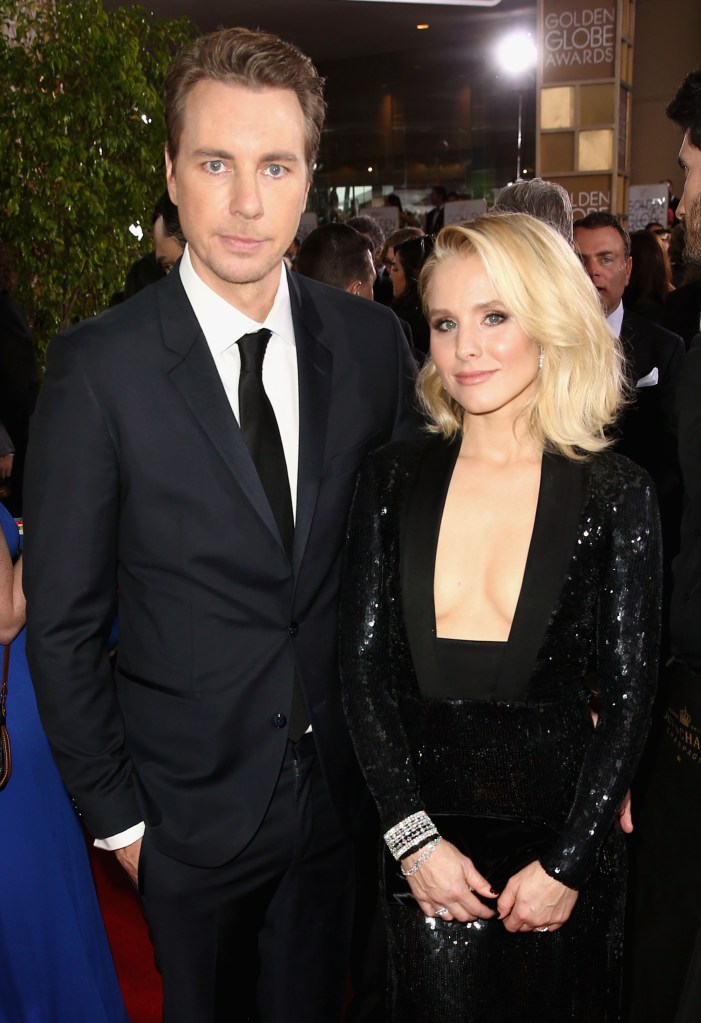