I saw a tweet the other day along the lines of: “Instagram has become a competition of who can shove their bikini up their ass the furthest.” And while that’s not necessarily untrue, there’s also nothing wrong with people showing off their ass-ets. Especially when that person is Kourtney Kardashian—or so we thought.

If you’re behind on the drama, the eldest Kardashian sister posted a photo of her posing in a swimsuit—bottom exposed—on Instagram earlier this week. Her boyfriend of two years, 25-year-old model Younes Bendjima, threw some nasty shade in response: “Thats what you need to show to get likes?” The comment didn’t go over well with 39-year-old Kardashian’s fans, and now Bendjima is trying to get back in everyone’s good graces.

How’s he doing it? By commenting again, but this time on another post. He wrote below a photo of Kardashian lounging on a couch with a blanket draped around her, “hmmm… well ok for this one 😝.” While this one is more playful and an obvious allusion to his other comment, people still aren’t happy he’s poking fun at himself rather than owning up to the judgmental, sexist and shaming nature of the original one. 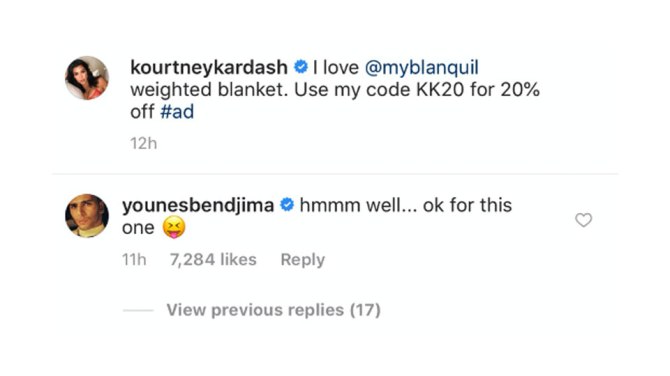 One of Kardashian’s longtime friends, Simon Huck, who was recently on vacation with the star and her boyfriend in Italy, simply replied with an eye-rolling emoji. Bendjima replied: “🤣🤣🤣 let me just play around fam.” Although we finally have clarity on the fact that Bendjima was, in fact, playing around, the joke didn’t land successfully. 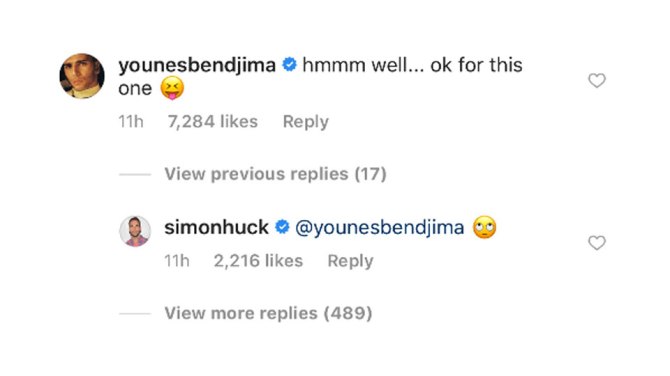 Aside from fans pointing out Bendjima “doesn’t own [her],” so he has no right to dictate what she posts—even if it’s supposedly a joke—they’ve also taken to calling him out on his own double standards: Bendjima’s own Instagram feed frequently features him shirtless, scantily clad and showing off his own body. 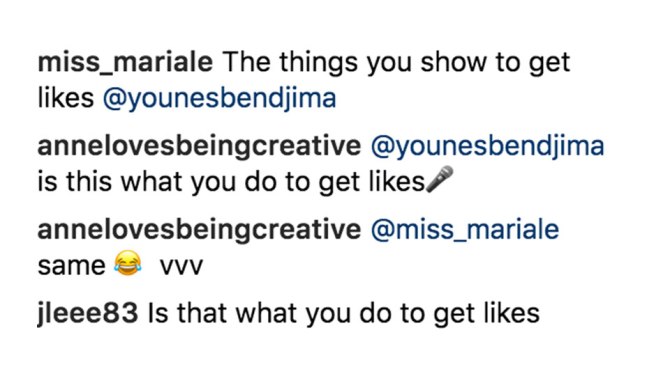 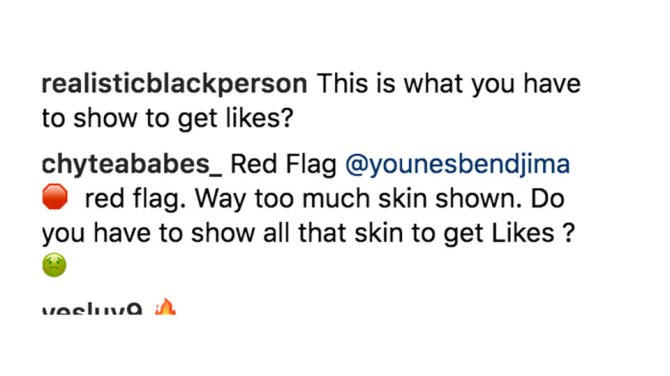 We’re not ones to judge an age difference in any relationship, but it seems like Bendjima is showing some immaturity and insecurity that won’t fly with the Kardashians or their massive fan base. Will he comment again or just let it go? We’re hoping he drops it—and stops joking about what Kourtney (or any woman) should or shouldn’t do with her body.