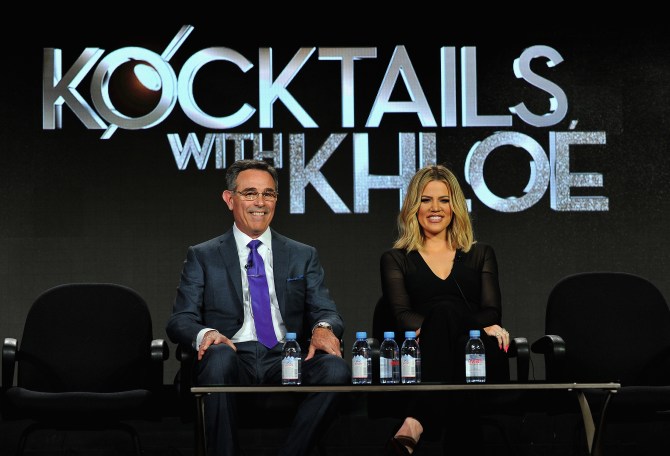 Saw that coming: “Kocktails with Khloé” shall be no more—or so TMZ reports—which should surprise exactly no one, given that it is quite possibly the worst talk show in all the land. Though Khloé Kardashian hasn’t announced the news herself, TMZ says a production source told the site the show is on “indefinite hold,” which is just industry-speak for “nixed forever.” The final episodes will still air, and the reality mogul seems to have saved the best guests for last: Kim Kardashian, Kanye West, Chrissy Teigen, and John Legend are on deck for the finale.

Rumor has it that the execs at FYI weren’t keen on the star’s delivery, with the source telling TMZ that they could tell she had “checked out.” She quite possibly never checked in: Episodes felt canned at best, and downright cringeworthy in their worst moments. But no harm, no foul—apparently the feeling was mutual, as Kardashian wants to do “other jobs” (read: not preside over awkward dinner-parties-without-food on camera) and also wants out, TMZ said.

The show was mostly populated by B-list stars (with some notable exceptions, a.k.a. fellow famous family members and Dita Von Teese, Snoop Dogg, and Sean Combs), which made for a serious snooze-worthy viewing experience. For example, the latest show featured Tisha Campbell-Martin, Jeannie Mai, Ta’Rhonda Jones, Cardi B, and James Maslow. Wait, who? Should their names even be bolded? They were on “to dish on their lives, pop culture, fashion, celebrity gossip, and more,” according to the show’s site. “Adding to the elegant and fun party atmosphere will be chef Sharone Hakman, who will assist in entertaining.” Well, that’s one way to put it. Hakman mostly interjected with awkward asides and tried to look pretty, but who’s counting? Or should we say—who’s keeping up?