Is this what dreams our made of? Seriously—we’re pretty sure this couple fell right out of Game of Thrones heaven. (Wait, but do you think there is a heaven in GOT? LMK). Game of Thrones‘ Kit Harington’s prank on Rose Leslie kind of backfired, but that’s why we love him even more. While visiting Late Night with Seth Meyers, the HBO actor explained that his April Fool’s day game started strong. In a previous year, Harington put a prop of a severed head in his fridge for his wife to find. But his latest prank on his Leslie, his former co-star, didn’t turn out so well.

“See, I started strong. The amount of props at my disposal diminished,” he said. But while in New York for April Fools’ Day 2019, he decided to go a different route. “I’m aware this is the most first-world April Fools’ before I tell this story. I didn’t know what to do.”

It seems Leslie is very particular about her almond milk, she will only drink one brand. “So I just wrote an article about how this company that makes her favorite almond milk was going under because of Brexit. Now this backfired, ‘cause she immediately rang my PA and got her to bulk-order this almond milk with my credit card, so I ended up spending 150 quid on almond milk,” Harington revealed. HAHA. This is honestly one of the funniest April Fool’s Day fails we’ve heard. It 100 percent blew up in Harington’s face, but he had a smile the whole time he explained it. What a cutie!

Host Seth Meyers joked, “It turns out the only thing more terrifying than seeing your severed head in a refrigerator is seeing cartons upon cartons of almond milk.”

Harington and Leslie just attended the New York Game of Thrones premiere on April 3. And they looked absolutely stunning. Can you even? 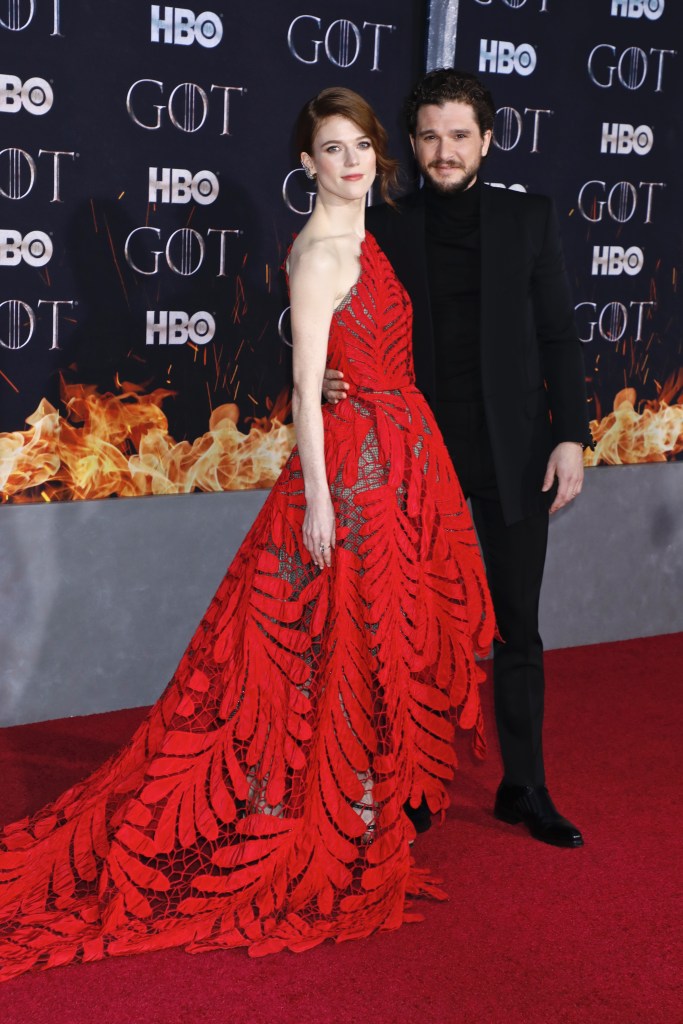 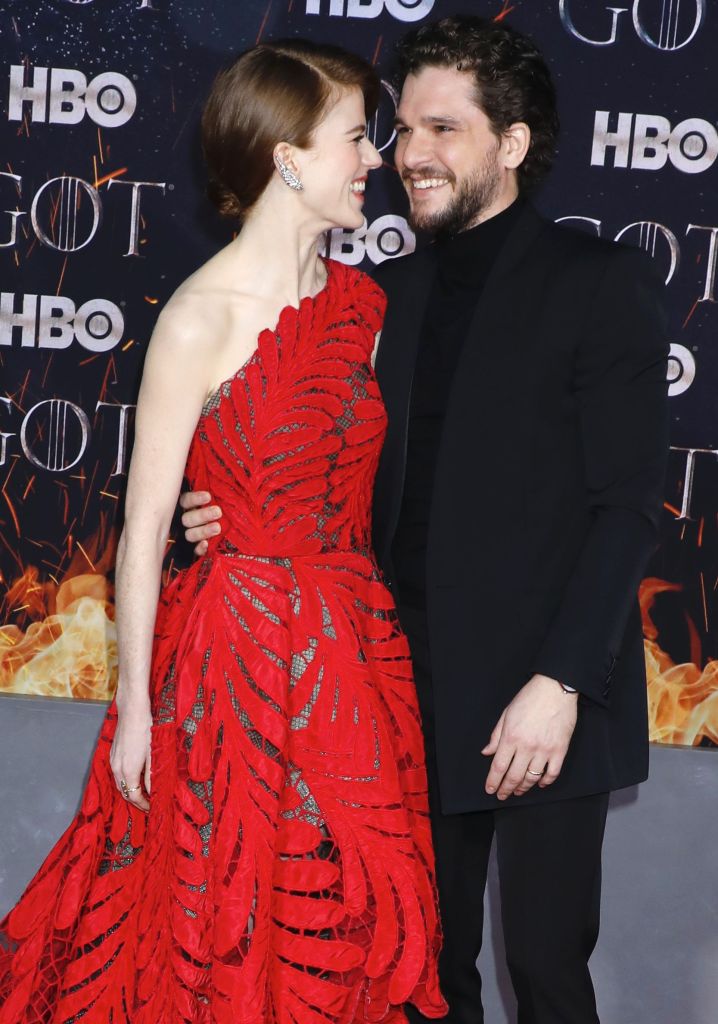 The final and eighth season of Game of Thrones airs Sunday, April 14 (aka less than a week!!) We. Can’t. Wait.