Jon Snow may not have won the Game of Thrones, but Kit Harington and Rose Leslie’s Golden Globes 2020 photos prove they’re still winners in our heart. Harington, 33, attended the 77th annual Golden Globe Awards with his wife, 32, on Sunday, Jan. 5, and the couple pretty much shut down the red carpet with their wholesome PDA.

The duo looked as cute as could be on the red carpet as they held hands and looked into each other’s eyes. Harington dressed in an all-black suit, while his wife wore a jeweled green dress with a sheer skirt and sleeves. The actress kept it simple with her hair. She wore her red tresses in a classic updo with strands cascading down her face.

Harington is nominated for Best Actor in a Television Series – Drama for his role as Jon Snow in HBO’s eighth and final season of Game of Thrones. The fantasy drama, which aired its finale in May, was snubbed for several key categories, including Best Television Series Drama and Best Actress and Supporting Actress in a Television Series, which could’ve gone to Emilia Clarke (Daenerys Targaryen), Maisie Williams (Arya Stark), Sophie Turner (Sansa Stark), Cersei Lannister (Lena Headey) or a slew of other talented women in the cast. Even Peter Dinklage was left out of this year’s Golden Globe nominations, despite having won in 2011. 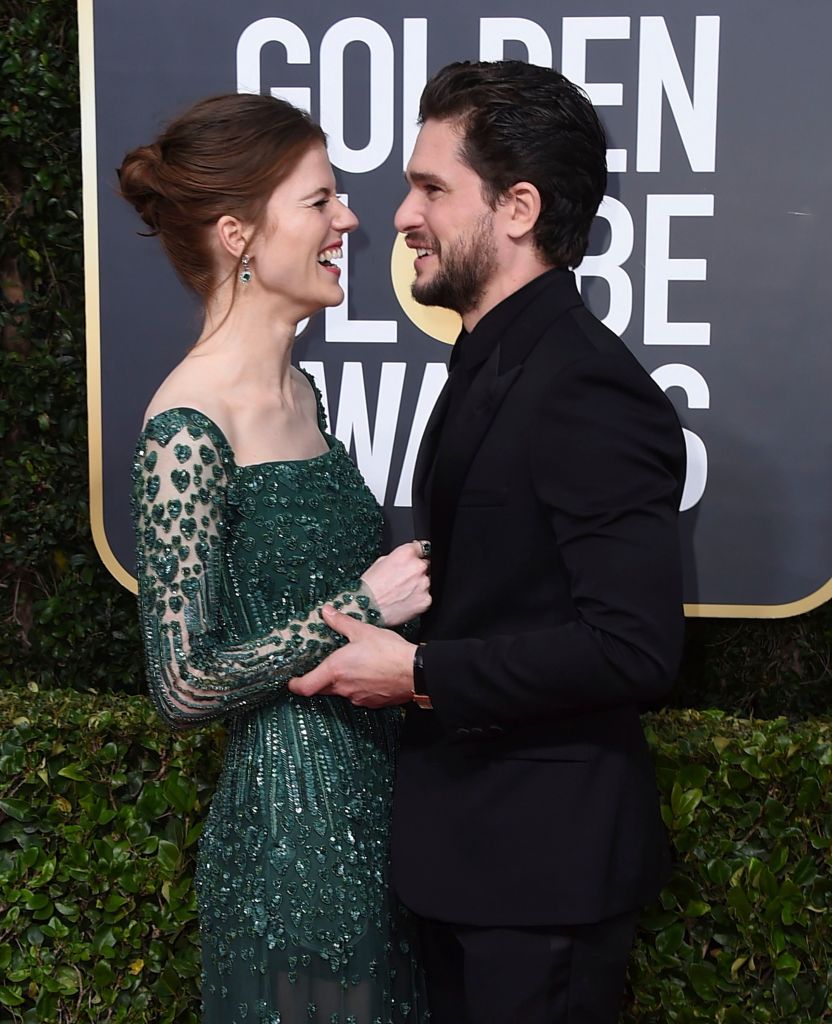 Still, regardless of whether or not Harington wins, we’re sure his experience on GOT was once in a lifetime. The show is also where he met Leslie. The actress, who played Jon Snow’s love interest Ygritte before she was killed off in season 4, married the Pompeii star in June 2018. (Their wedding was attended by several GOT cast members, including Turner and Williams.)

We’re also happy to see Harington out and about. The past year has been rough for the actor after he checked into rehab facility in May for stress and alcohol. In February, Harington told Variety about how Jon Snow’s twist in the series’ sixth season (when the character comes back to life) put a strain on his mental health.

“My darkest period was when the show seemed to become so much about Jon, when he died and came back,” he said, adding that the fan reaction led him to start therapy. “I really didn’t like the focus of the whole show coming onto Jon—even though it was invalidating my problem about being the weak link because things were about Jon.”

We’re glad that Harington seems healthier and happier. He and Leslie are lookin’ good at the Globes. 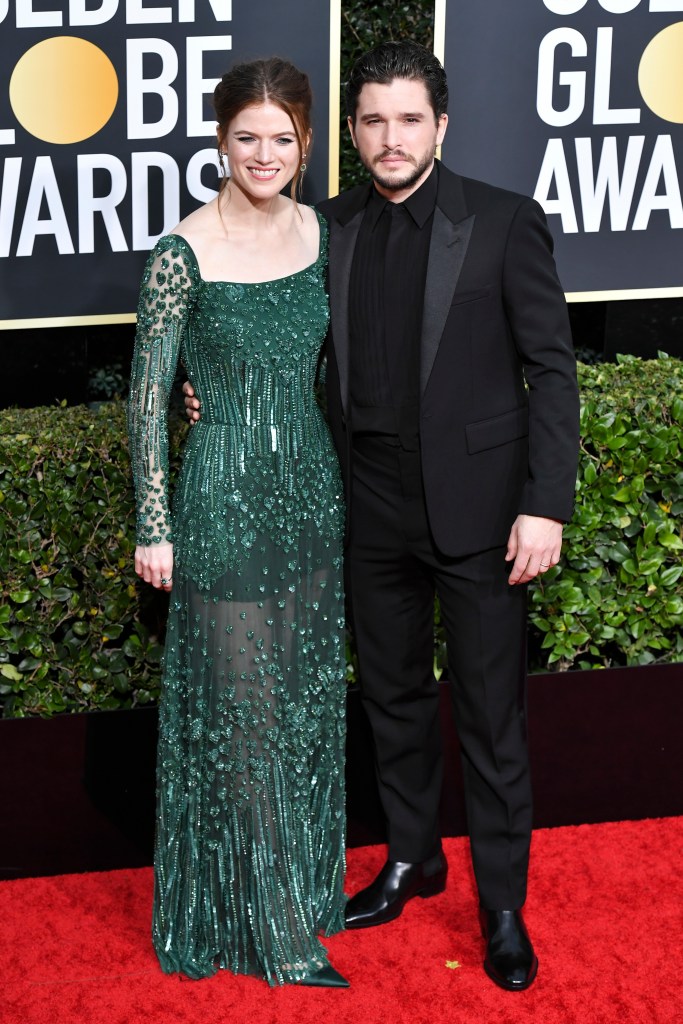 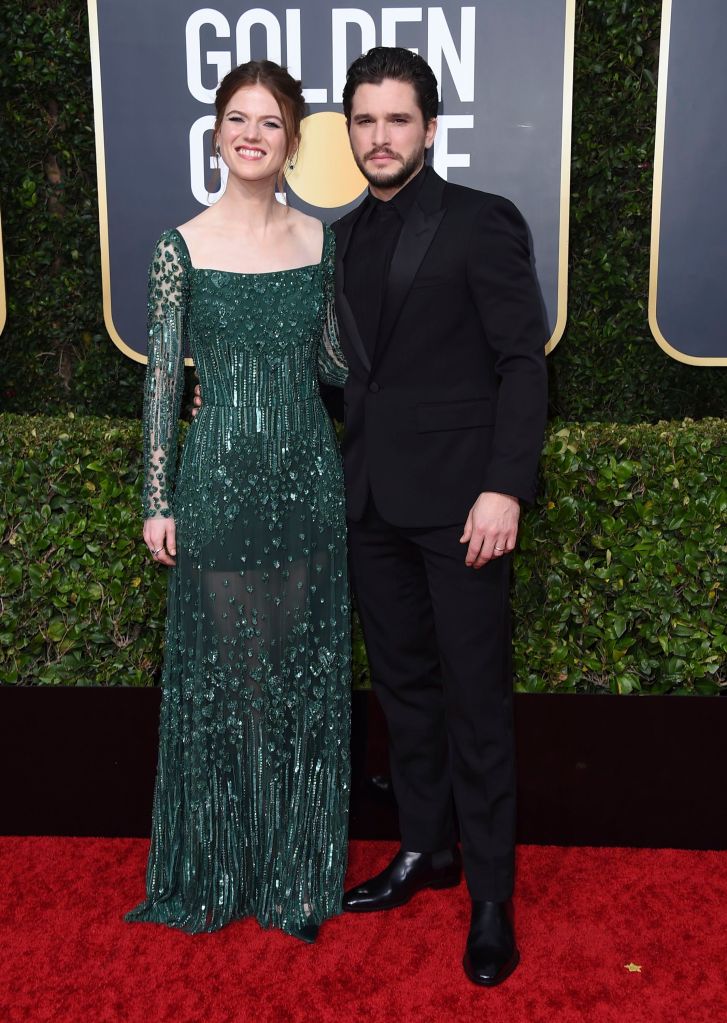 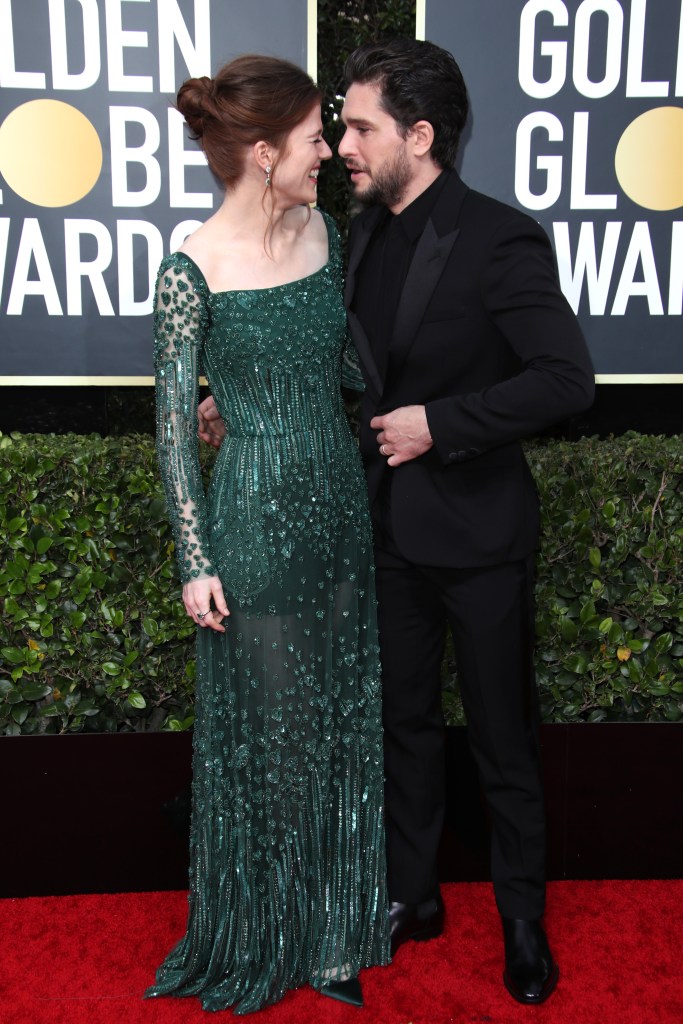 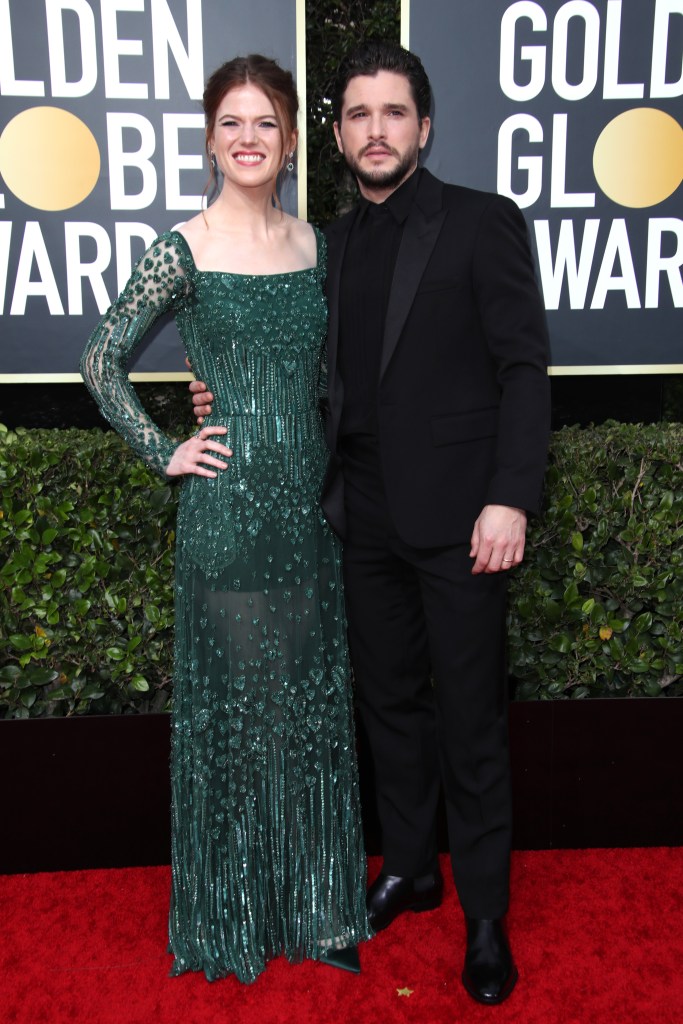