Kim Kardashian and Kanye West have obtained their marriage license and plan to get married in a matter of days, Hollywood Life has reported. And if the buzz is to believed, the power couple will be exchanging vows in a private, courthouse affair this week in Los Angeles before jetting off to Paris for the extravagant main event.

Just last week, Radar Online claimed that Kim and Kanye were planning to have a ceremony in America, as well as France, after their lawyers allegedly recommended a US wedding to avoid any legal issues. French law requires that at least one person has to have lived in France at least 40 days prior to a wedding taking place. Apparently Kanye’s apartment in Paris doesn’t qualify him for an official ceremony because it’s not his primary home.

MORE: Kim Spent How Much on Each Wedding Guest?!

In true Kimye fashion, their main wedding – which is rumoured to be held at Louis XIV-commissioned Chateau de Louveciennes – is expected to be an over-the-top affair. It’s not clear if E! will film the secret ceremony but the couple will allow cameras to capture their Paris nuptials. Reportedly the wedding will air separately from “Keeping Up with the Kardashians” in a two-part special. 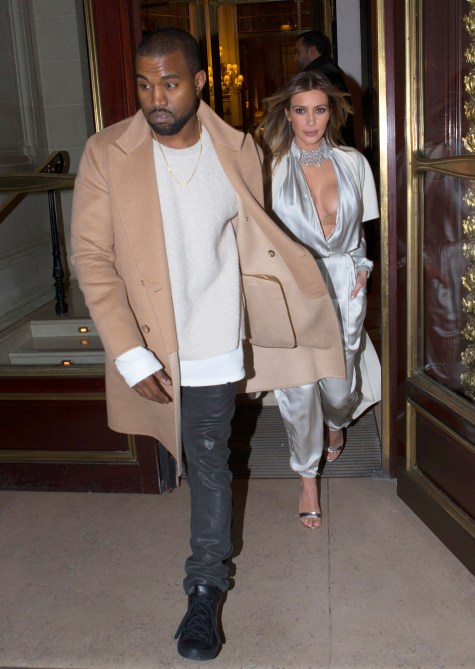