Kim Raver has played Teddy Montgomery on Grey’s Anatomy for seven seasons, but she hopes she won’t have to put down her scalpel anytime soon. “I love this show. I love working on this show. There are still a lot of stories to be told,” she tells StyleCaster.

Raver’s comments come after Grey’s Anatomy showrunner Krista Vernoff told The Hollywood Reporter in March 2021 that season 17 could be its last. “I’m planning a season and a finale that could function as either a season finale or a series finale,” she said at the time. “I’m planning for both contingencies and it’s hard and it’s not ideal. It’s not where I wish we were.” Raver, however, is hopeful that Grey Sloan Memorial Hospital will keep their doors open for at least another season. “We all hope it won’t be the end, but that’s completely out of our control,” Raver says. “I think that leads to being present and telling the stories we’re telling now and hope that we get another season.”

That said, with the recent death of Andrew Deluca, Raver isn’t worried about Teddy’s fate on Grey’s Anatomy and the chance that her character could also be killed off. “If this year has taught me anything, it’s about being present and being in the moment and being grateful,” she says.”I was in 24 where I played Jack Bauer, Keifer Sutherland’s love interest. Once you have that, you know you have a target on your back every episode. It forces you to do the work the best you can and enjoy the moments you can. That’s all you can control.”

As for if she knows how season 17 will end, Raver confesses that she knows just as much as the fans. “I wish! Just like the fans, I want to know. I’m staying tuned to every script to see what and who and where. All of us are like, ‘What’s going to happen next?!’ she says. “The fans should definitely tune in because there are so many exciting upcoming things they don’t want to miss. That’s all I can say!”

Ahead, Raver talked to StyleCaster about how Deluca’s death affects Teddy, why Teddy cheated on Owen and what surprises are in store for Grey’s Anatomy season 17. 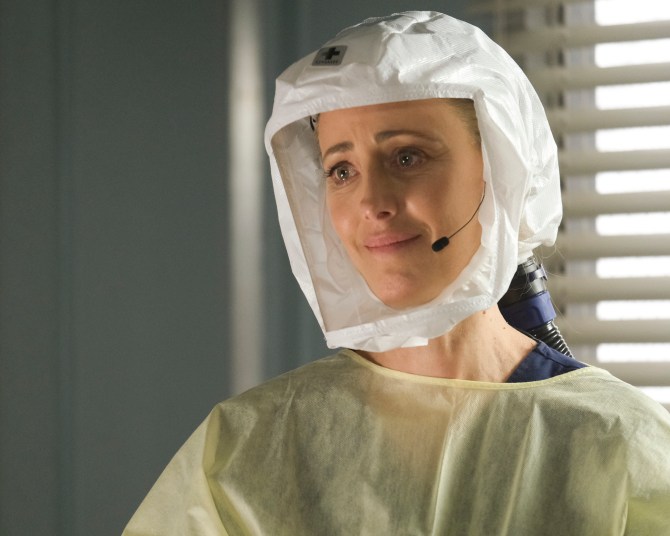 On her reaction to Deluca’s death

“It’s very sad anytime any cast member leaves. We all get very close. We are like a big family because we spend so much time together. We feel the fans’ pain. At the same time, I was excited because there are some amazing future scenes that he’s in. This whole season, we’ve had amazing cast members come back, so I was definitely excited about that to have some amazing scenes with him as well.”

On the possibility more Grey’s Anatomy characters could return

“The upcoming episodes for sure, 100 percent should not be missed. Krista Vernoff and the writers did such an incredible job of weaving in—I’m stepping very lightly because I don’t want to give anything away on any surprises. We’ve been lucky enough to have people come back. It’s been great for the story. It’s been great for the fans. Watching TR [Knight] and Ellen [Pompeo] has been so beautiful and really moving. To have cast members come back after the show running for so long, it feels organic and super, super special.”

On why Deluca’s death affects Teddy so much

“There’s a multitude of things. First, Teddy has had such horrific loss in her life. It’s really poignant with what everyone is going through in this global pandemic and the loss everyone is experiencing. She’s sort of numbed out in order to survive. That’s survival mode for her. Her closeness with Deluca was the same mission. They have the same passion of being both on the COVID floor, both trying to keep Meredith alive. The loss of Deluca was one more uncontrollable thing that sent her into her rock bottom. It was the one person that she couldn’t numb out. Her past has been taking care of other people, not experiencing the pain from the loss of her parents, falling in love with Scott Foley’s character, Henry. Also being a healthcare worker and experiencing that level of stress and loss, the loss of DeLuca was the last push she couldn’t handle.” 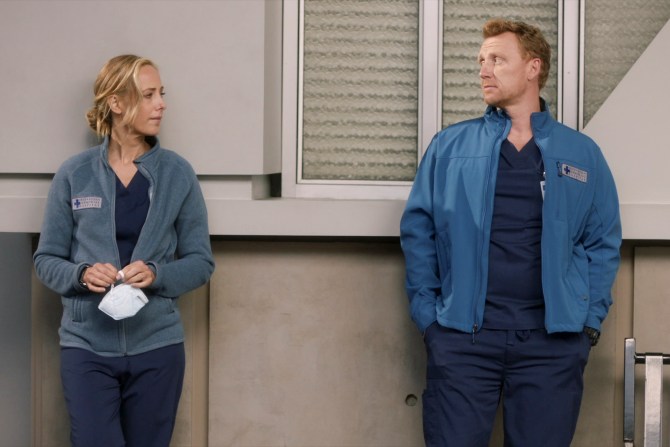 On why Teddy cheated on Owen

“I’m as angry at Teddy as the fans are. That’s messed-up behavior. I understand they feel it’s unforgivable. But at the same time, what’s so beautiful about this story and quintessential Shondaland is we tell stories that are real, that we’re imperfect and we’re human. That we’re flawed. We would not be human if we had to do everything perfect and had to be right. It’s really important to understand why she did what she did. That’s an explanation. Not an excuse. She had to take responsibility for what she did. What is she going to do now? How is she going to move forward? This pandemic is also teaching us is who do we want to be in our lives? Having hit rock bottom, she wants to be a better person. She wants to love and be loved and do it in a healthy way. In this upcoming episode. Amelia sheds some important information and light onto Owen about PTSD and how we all grieve in different ways. One way is not better than the other but once we know that, how do we move forward? Again, that doesn’t take away from the messed-up thing she did, but I think forgiveness is powerful. This episode is extremely powerful.Teddy goes into this whole dream state, which is very much in line with how this whole season has been. The episode is going to open the door for some great storylines between Teddy and Owen moving forward.”

On why she isn’t Team Owen or Team Tom

“I leave that up to the writers. I trust Krista Vernoff intrinsically to know what the best storyline to tell is. I’m a hopeless romantic. I hope that she finds love. But I really leave that in their hands because they do an incredible job of knowing which turns and where to go and who with what.”