I’ll say the same thing about Kardashians as I do about cookies: Two is usually better than one (unless we’re talking oatmeal raisin or Rob Kardashian). We’ve started to see the Kardashians out together a lot lately, but Wednesday night, Kim and Kourtney came to ready to slay in coordinating ensembles. Kim and Kourtney Kardashian matched in black dresses for the annual amfAR Gala, which supports AIDS research, and I have to admit, they were the perfect pair.

On Wednesday, Kim and Kourtney stepped into the spotlight (OK, paparazzi camera flash) wearing coordinating black Versace gowns. The dresses seriously seemed like they were made to come as a set. While both showed ample cleavage (what’s new?), Kim and Kourtney’s dresses each showed different parts of the chest, making it look like fabric from one was used to make the other. It reminds me of when you cut a heart out of a piece of paper—you’re left with a heart-shaped item as well as a rectangle with the shape of a heart cutout. It’s a two-for-one, just like Kim and Kourt in Versace. 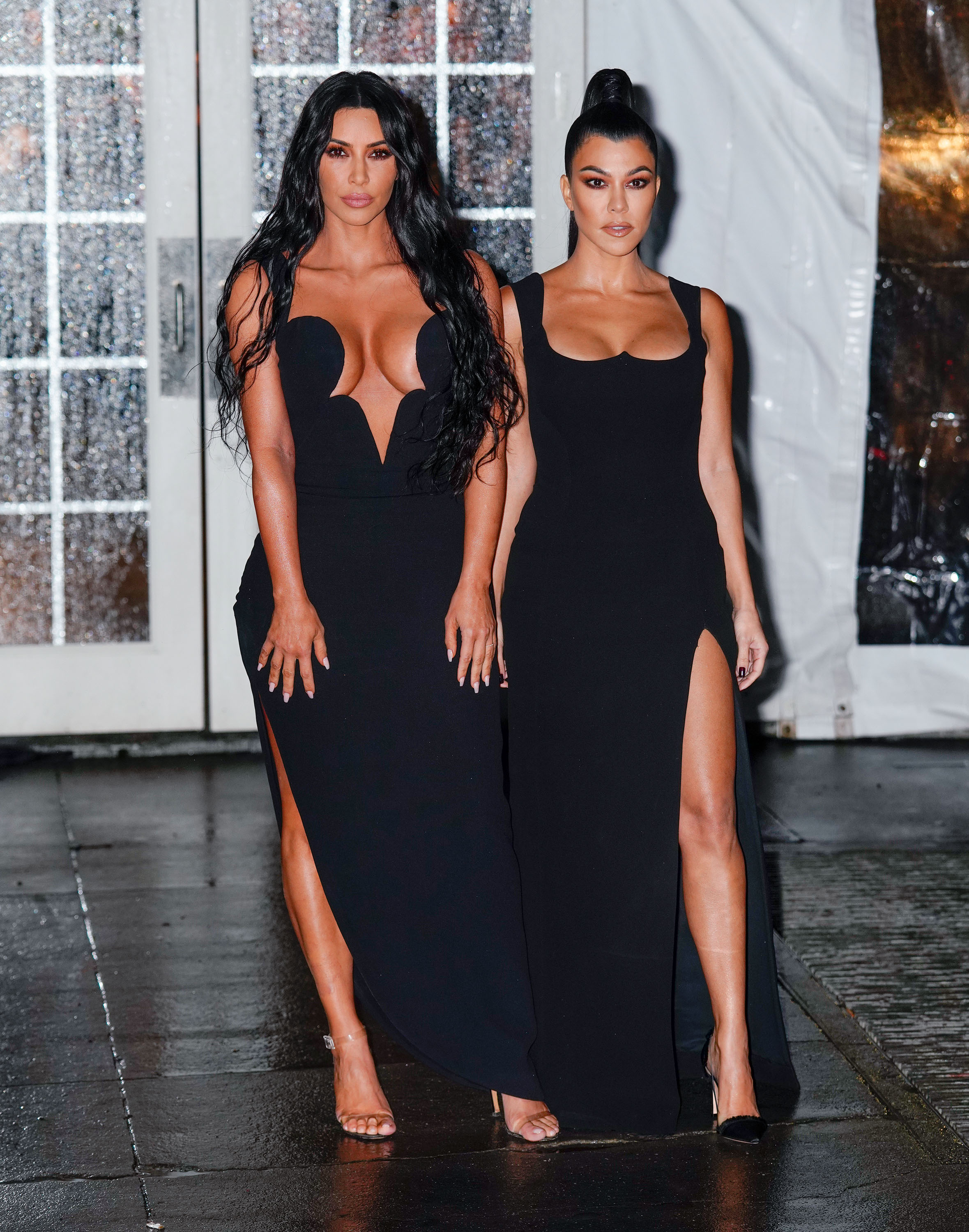 The biggest difference between the sisters’ ensembles was their choice in shoes—Kim in clear heels and Kourtney in black, pointed-toed ones. Plus, Kim went for a mermaid hair look, while Kourtney chose a half-up hairdo. Other than that, though, they look like characters out of a dystopian novel I read in middle school—part of an army of perfectly coifed clones.

Only Kardashian sisters could casually wear coordinating Versace gowns—and, in case you failed to notice, matching eye makeup (!!). The closest my brother and I have ever gotten to anything resembling matching ‘fits was the one time we accidentally both wore flannels to a family function. But the Kardashian family is a tight-knit unit, and I guess they’re just slowly morphing into one person. Pretty soon, we won’t be able to tell them apart (except Rob, because, well, he’s Rob).