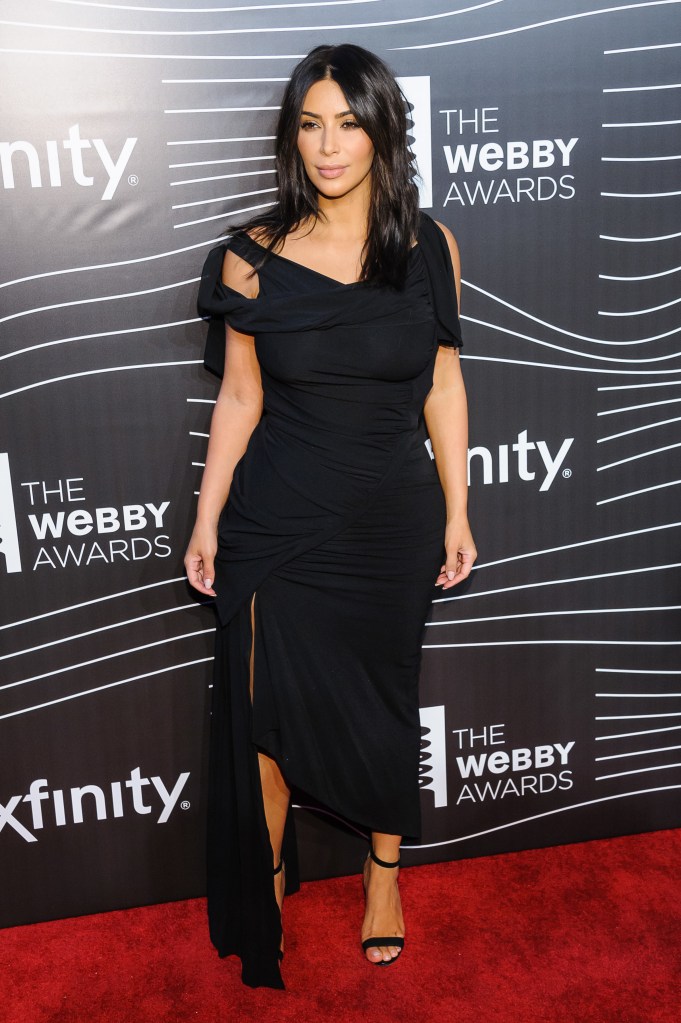 They don’t give just anyone the “Break the Internet” Webby. Actually, they’ve never given it to anyone before because it took Kim Kardashian’s now-notorious Paper magazine cover for it to be realized. Or maybe it existed all along, just waiting for the most famous Kardashian daughter to find her way to it. Now, because the Internet is the world’s longest game of one-upmanship, Kim—wearing Vivienne Westwood—pledged the rest of her days to us, to the Web, and to social media channels past, present, and future during her acceptance speech last night with five words: “Naked selfies till I die.”

MORE: Alert the Masses: Kim Kardashian Is Back to Her Pre-Baby Weight

It’s a lifelong commitment, but we would expect no less for a woman being honored not only for her “preternatural sense of being in the public eye,” but also her ability to shape “our understanding of how someone or something can draw the popular attention of internet users everywhere. These are deep thoughts from the Webbys site, but they also might be the most long-winded backhanded compliments ever. Watch her five-word acceptance speech (six words was the max) below.