Anyone think there’s a chance that Kim Kardashian could be the new face of Givenchy? Bear with us for a minute while we play detective: On Tuesday, the label’s creative director Riccardo Tisci posted an Instagram photo that indicated Donatella Versace is somehow involved in the brand’s Fall 2015 campaign, captioning the snap:

The “@” signs obviously mean the campaign was shot by fashion photographers Mert Alas and Marcus Piggott, and styled by famed fashion editor Carine Roitfeld. The hashtags, however, have us convinced that the Kardashian will be newest “family” member to appear. Why? Let’s examine:

1. Tisci considers KimYe family.
Fashion-wise, we all know fiance Kanye West is the Henry Higgins to Kim’s Eliza Doolittle. Kanye—despite his laughably bombastic nature—has always been taken seriously in fashion circles (Kim’s admitted that before him, she didn’t even know what Margiela was), and his BFF Tisci was one of the first high-fashion members to take Kim seriously. Not only did he design dresses for her first-ever Met Gala and for her wedding to West, but he also told Details that he and Kanye worked hard to transform the reality star’s image.

“She’s a sweet girl,” Tisci said, adding: “Kanye and me, we did it together … In the beginning, I met her because of my respect for Kanye, and then I liked her a lot and we became friends.”

2. The blonde hair!
Kim made the Internet break a second time in February when she stepped out with platinum blonde hair, only to go back to brown a week later. There were rumblings that it was for a big campaign, and were betting this is it. Now that that we see the ultimate blonde, Donatella, is involved, there could be a chance every woman featured in the ad will be platinum.

If you’re rolling your eyes right about now, keep in mind that—for better or for worse—Kim has an ability to drive eyeballs around everything with which she’s affiliated. This can and does influence brands to want to work with her. So while Tisci might not use her as a real model the way he did her sister Kendall, it seems impossible that he’d shoot a “family-themed” campaign and not include her. Especially now that she’s up to snuff with the fashion crowd.

What do you think? Are we nuts, or might Kim be the new gace of Givenchy? Let us know! 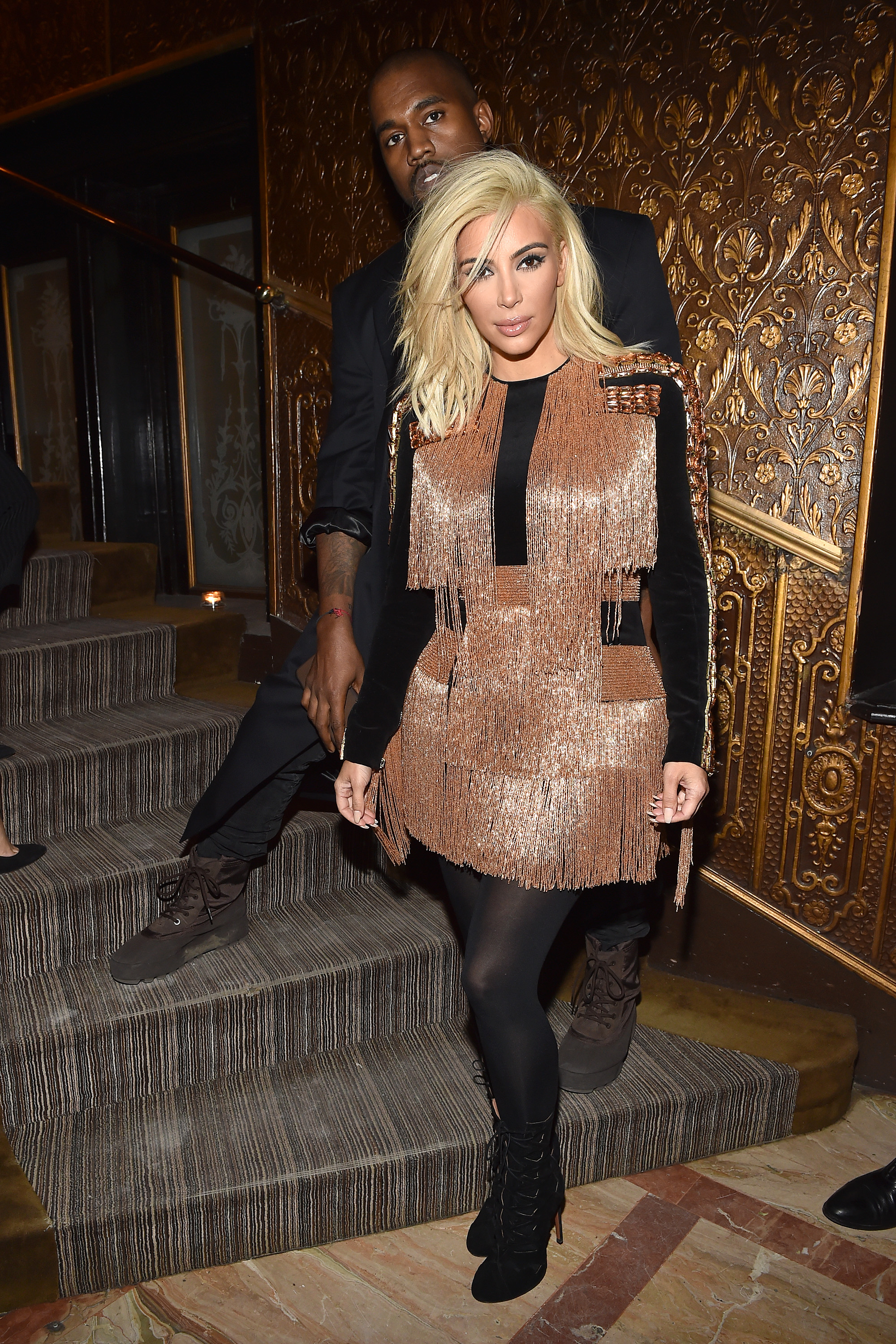