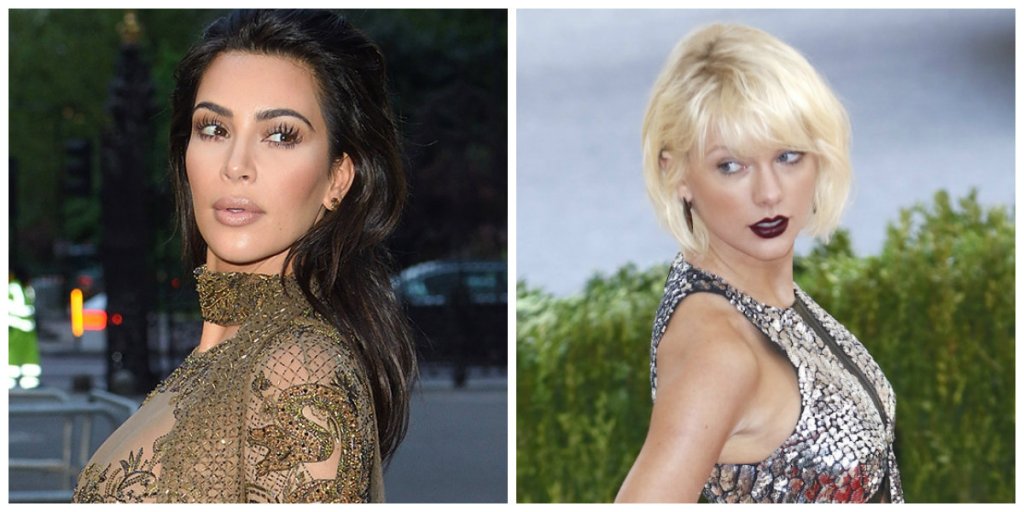 Approximately a million years ago, Kanye West released The Life of Pablo, which included the song “Famous,” with the lines “I feel like me and Taylor might still have sex / Why? I made that bitch famous,” which reignited a feud between him and Taylor Swift that had finally been put out. And then everyone forgot about it, because no one really cares. Throughout, West maintained that he had Swift’s blessing on the lyric, and Swift maintained he did not. Classic he said/she said situation—and one that was ultimately so benign that no one really bothered to get to the bottom of it.

Until now. In Kim Kardashian’s fiery GQ cover story, she really went to town on Swift. “She totally approved that” lyric, Kardashian said. “She totally knew that that was coming out. She wanted to all of a sudden act like she didn’t. I swear, my husband gets so much shit for things [when] he really was doing proper protocol and even called to get it approved. What rapper would call a girl that he was rapping a line about to get approval?”

Supposedly, the call between West and Swift was documented, so much so that “so many respected people in the music business heard that [conversation] and knew,” Kardashian said. Apparently “Rick Rubin was there” during the phone call, she added. “I don’t know why she just, you know, flipped all of a sudden.… It was funny because [on the call with Kanye, Taylor] said, ‘When I get on the Grammy red carpet, all the media is going to think that I’m so against this, and I’ll just laugh and say, The joke’s on you, guys. I was in on it the whole time.’ And I’m like, wait, but [in] your Grammy speech, you completely dissed my husband just to play the victim again.”

It doesn’t end there. Kardashian went on to allege that Swift had a letter sent, demanding that the footage of the phone call be destroyed. “Then they sent an attorney’s letter like, ‘Don’t you dare do anything with that footage,’ and asking us to destroy it,” she said. “When you shoot something, you don’t stop every two seconds and be like, ‘Oh wait, we’re shooting this for my documentary.’ You just film everything, and whatever makes the edit, then you see, then you send out releases. It’s like what we do for our show.”

The best part of all of this is that GQ asked Swift’s team about the whole thing, and received the following epic statement in response:

“Taylor does not hold anything against Kim Kardashian as she recognizes the pressure Kim must be under and that she is only repeating what she has been told by Kanye West. However, that does not change the fact that much of what Kim is saying is incorrect. Kanye West and Taylor only spoke once on the phone while she was on vacation with her family in January of 2016 and they have never spoken since. Taylor has never denied that conversation took place. It was on that phone call that Kanye West also asked her to release the song on her Twitter account, which she declined to do. Kanye West never told Taylor he was going to use the term ‘that bitch’ in referencing her. A song cannot be approved if it was never heard. Kanye West never played the song for Taylor Swift. Taylor heard it for the first time when everyone else did and was humiliated. Kim Kardashian’s claim that Taylor and her team were aware of being recorded is not true, and Taylor cannot understand why Kanye West, and now Kim Kardashian, will not just leave her alone.”