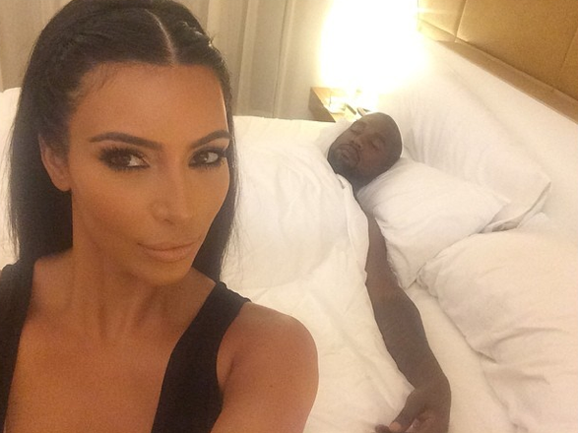 We promise we aren’t making this up: Selfie queen Kim Kardashian has apparently inked a deal with Rizzoli, and is set to release of book of selfies in April 2015. (Possibly an April Fools’ joke? In advance? Eh, probably not.)

The book will be called “Kim Kardashian Selfish,” and the cover features Kardashian staring into the camera, with full on cleavage on display—because of course. The book will retail for $19.95 when it hits a bookstore near you next year.

Kardashian explained in a recent episode of “Keeping Up With the Kardashians” that the project came about when she set out to make a personal book for her husband, Kanye West. “I couldn’t think of what to get Kanye [for Valentine’s Day] and so I was like, ‘All guys love it when a girl sends them sexy pics,'” she said. “So I had Stephanie [her assistant] get a Polaroid and we were taking photos around the entire house … making this cool book and it ended up turning out so cool we came up with this idea to do a selfie book so I’m going to make some super racy.”

To put in perspective just how much of a selfie queen Kim Kardashian is, she admitted to taking 1,200 photos of herself during a recent trip to Thailand over the course of just a few days. 1,200 photos! So, we can only assume that she has more than enough material to fill a book.

MORE: Every Single Bikini Photo Kim Kardashian Has Ever Posted to Instagram

Will you buy Kim Kardashian’s selfie-packed book? Share your thoughts in the comments!