It’s hard to imagine a time when Kim Kardashian couldn’t get everything she wanted. But while it’s been well-documented that Kim was a so-called working woman (as a stylist, closet organizer, shop owner) before she became famous for, um, other reasons, she sat down with ES Magazine to dive deeper into that part of her life. She explains in the cover story that just because she grew up in Beverly Hills in the lap of luxury, she still had to work and pay her own way—and she plans on having her daughter follow her lead. 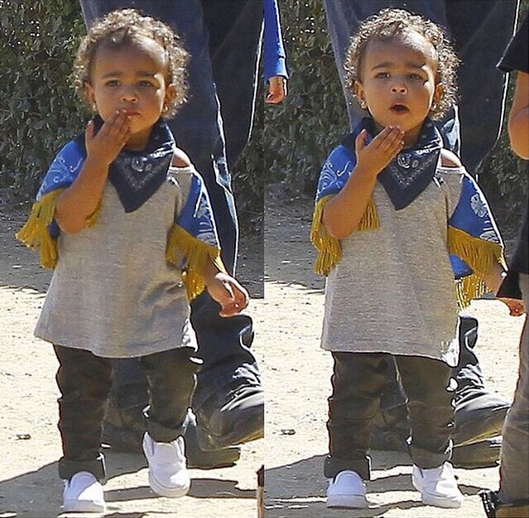 “I saved up for this Dolce & Gabbana dress I really wanted, or like in high school these Prada shoes that my parents wouldn’t buy me,” she said of her teen years. “I remember they were $400, and I had to save for the entire year to get them … We didn’t get anything [from her parents], we had to get a job if we wanted it. So I was working in a clothing store and I would save and save.”

And if she has it her way, 16-month-old daughter North West will follow her lead. “I was saying that earlier to my friends, ‘I wonder what [North’s] first job is gonna be.’ And they were like, ‘What? She’s gonna have a job?’ and I was like, ‘Are you kidding me? Of course she is’. She will have to work for what she wants.”

While North hasn’t technically “worked” for her Vogue or CR Fashion Book modeling gigs, or that reported stylist she has all to herself, it’ll be interesting to see if she picks up that summer job one day. Maybe she’ll be a production assistant like Malia Obama? Maybe she’ll continue modeling like her Aunt Kendall? Or, according to Kim, maybe she’ll work behind the scenes. “She loves fashion. Maybe she’ll be a designer. Who knows? It’s too early to tell.”

MORE: How to Spot a Fake Designer Bag

Maybe let’s check in after preschool to see what her career goals are.