Kim Kardashian has been accused (and forgiven) for many things, but for the BeyHive, copying Beyoncé‘s outfit was inexcusable. Last week, after the 2018 Met Gala, the 37-year-old reality star turned heads when she changed out of her oozing gold Versace gown and into a bondage-inspired Versace minidress complete with belts and buckles. The dress, which was worn to a Met Gala afterparty, saw a lot of attention on the internet—but not in the way that Kim might’ve hoped.

Shortly after pictures from the party hit the internet, fans discovered that Kim’s outfit looked a little too familiar. After some sleuthing, it was found that Beyoncé wore the the exact same dress in 2011 a photoshoot for Complex magazine, sparking accusations that Kim copied Bey’s look.

MORE: 10 Hilarious Beyoncé Interviews That Make Us Wish She Still Did Press

“Listen y’all know it looks like Versace on Queen B and fashionova on Kim quit playing,” one fan commented on the Shade Room’s Instagram of Kim and Bey’s looks side by side. Someone added, “ALL HAIL QUEEN BEY YALL KNOW WHO WON 🤣🐝🐝🐝🐝.” “That means Kardashian shopping on the Versace clearance rack😩😩,” another said.

Not having the accusations, Kim subtly responded to the claims a week later in a post on her website and app titled, “Versace After-Party: What you haven’t seen.” Though the post doesn’t address the Beyoncé controversy head-on, Kim let fans know that her post-Met Gala look wasn’t an imitation of Queen Bey—but of supermodel Helena Christensen, who wore the same look at a Versace runway show in 1992.

“For the Versace after-party, I kept my glam the same and changed into a bondage-inspired Versace dress. I found the exact dress Helena Christensen wore in 1992, so I loved being able to re-create her entire look. She’s such a fashion icon!” Kim wrote. 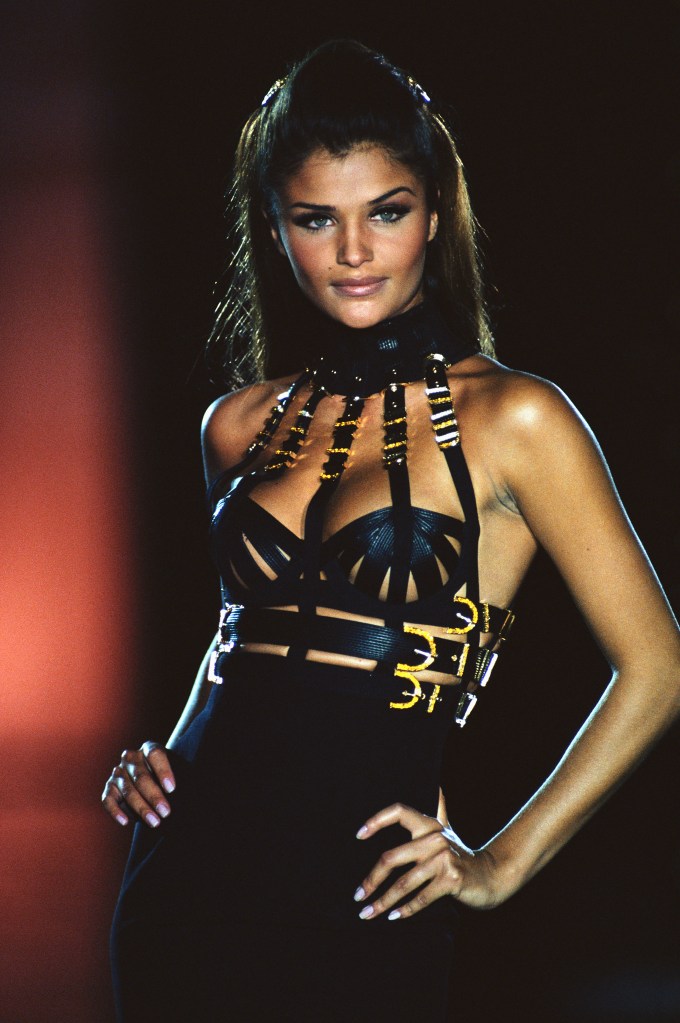 Kim might not have addressed the BeyHive by name, but she definitely made her message loud and clear: She didn’t copy Beyoncé. She did, however, copy Christensen, who was the originator of the bondage-inspired dress. Glad that Kim set the record straight.