It isn’t over between T-Swift and KKW. Fans think Kim Kardashian reacted to Taylor Swift’s “ME!” video, and it was complete shade. At midnight on Thursday, April 26, Swift released her newest song, “ME!”, with Panic at the Disco!’s Brendon Urie. At 9 p.m. PST (a.k.a. 12 a.m. EST—when the song was released), Kardashian posted an Instagram story of an assortment of snake-themed jewelry. “@sitanbellan I am obsessed !!!!” he wrote in the caption.

As Swifties know, snakes were a symbol of Swift’s Reputation era after Kardashian’s fans used snake emojis to bully the Grammy winner in her feud with the reality star and her husband, Kanye West. (The feud started in 2016 when Kardashian posted a video of what sounded like Swift approving West’s song “Famous”, in which she calls her a “bitch” and credits himself for making her famous. The video was posted after Swift claimed she had not heard the song.)

It didn’t take long for fans to connect the dots and accuse Kardashian of shading Swift by posting snakes at the exact time of “ME!’s” release. “Kim Kardashian just posted a bunch of snake jewelry the same time Taylor’s new single comes out …. THE SHADE,” one Twitter user wrote. Another tweeted, “@KimKardashian needs to grow the fuck up she’s acting like a 5 year old throwing a tantrum trying to throw shade because she KNOWS Taylor made millions off of her Rep tour because of her bullying snake campaign. Like no need to post snake jewelry at the SAME time taylor is.” 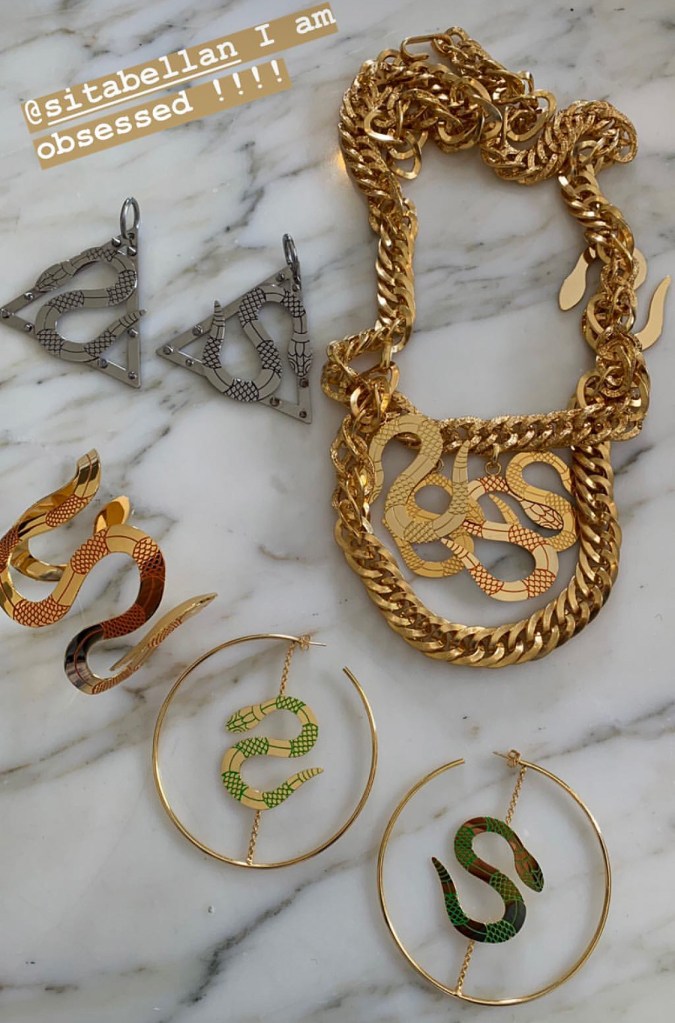 Kardashian’s Instagram story comes after an appearance on Watch What Happens Live, in which she said she was “over” her “beef” with Swift. “Over it … I feel like we’d all moved on,” she said.

Who knows if Kardashian’s Instagram story was shade or poor timing. Either way, Swift doesn’t seem to notice or mind with a new song racing to the top of the charts.