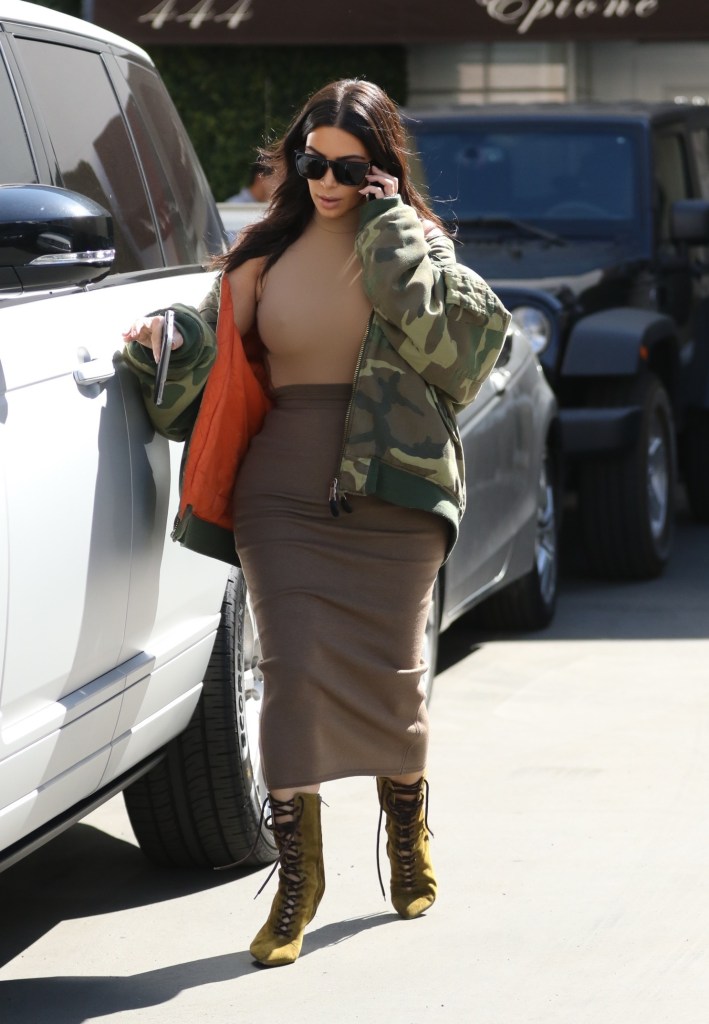 Deep congratulations are in order for Kim Kardashian, who not only gave birth to a healthy baby boy, Saint West, on December 5 of last year, but has also officially lost all of the weight that she gained while pregnant with him. As she posted to Snapchat today, she is at 135.8 pounds, which she is obviously very happy about: “Yaaaassssss!!!! #Atkins,” she wrote.

For better or worse (with emphasis on worse), celebrities getting back to their pre-baby weight has become a spectator sport, and Kardashian takes it really seriously, calling the loss of her pregnancy weight after her daughter, North, was born in 2013 “the greatest challenge of my life.” That time around, she lost 55 pounds in 11 months. 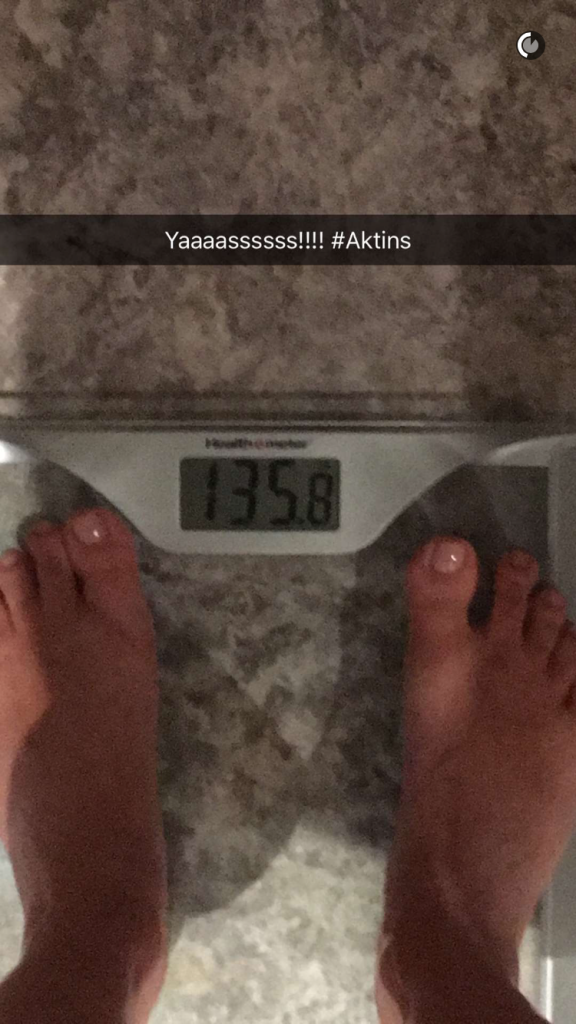 She just bested herself, though: In the past five months, she has lost 70 pounds. The weight has come off at record speed—on January 19, she posted on Twitter that she’d already lost 30 pounds. “I’m so focused. I will show u guys my workouts on my app & share my Atkins plan too!” she wrote. In fact, she actually lost an extra 10 pounds all told this time—as she said on Twitter, “I gained 60lbs during my pregnancy but have been an extra 10 lbs up for the last few years so it’s time to really get to my goal.”

The number on the scale has been, uh, weighing heavily on her mind ever since she gave birth, it seems, as she has been posting about her goals regularly on Twitter in the past few months. Was this the second greatest challenge of her life? Who can say, but we’ll surely hear more about it in the coming weeks.

So tired but still worked out! I didn't gain any weight in Cuba! Yay!!!!