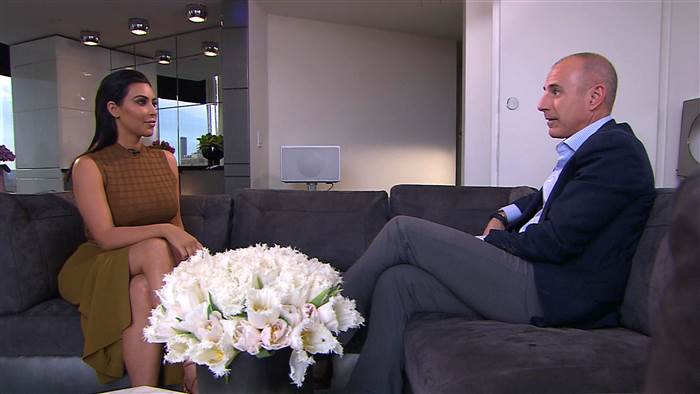 Kim Kardashian appeared on the “Today” show Monday morning, opening up to Matt Lauer about  her stepfather Bruce Jenner‘s ABC interview in which he confirmed he’s transitioning to a woman.

Kim—speaking slowly and as if she was reciting points she’d committed to memory—reiterated several times that she and the rest of the Kardashian-Jenner clan are fully behind the 65-year-old former Olympian.

“I don’t know what life would be like if you always felt like you weren’t yourself,” Kardashian said. “As long as he is happy, and he wants to live his life, with however he wants to live it, that just makes me happy. And I support him 100 percent.”

As for the massive amounts of attention that Jenner’s transition is generating,, Kardashian said that he’s totally prepared for it.

“I think that he has waited almost 65 years to make this decision, whether it’s kept it to himself or not; he’s lived with it,” she said. “And I think that when you are finally ready to be your true self then you’re prepared for anything.”

Watch the video below.