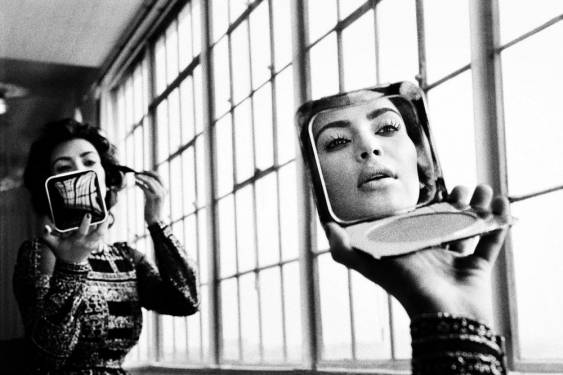 Last year, you may remember that Kim Kardashian was up in arms over an Old Navy ad, entitled “Super C-U-T-E.” The campaign featured Canadian singer Melissa Molinaro gallivanting around in Kardashian-esque outfits (i.e. skinny jeans, cropped blazers, Jackie O sunglasses and stilettos) and the second Kim saw it, she was less than pleased, claiming the lookalike model violated her “publicity rights.”

Okay, so we’ll be the first to say that this was a little crazy. People can’t help it if they look like Kardashians. It’s just the way the world works. However, the styling and premise of the commercial definitely seems like it was knocked off from their eponymous reality show (watch “Super C-U-T-E” here before Kris Jenner manually takes it down herself). The lawsuit further heated up when it was revealed that Molinaro was involved in a relationship with Reggie Bush, whom Kim dated for years.

Now, it’s finally come to a close. WWD reports that, “The lawsuit was resolved to mutual satisfaction of both parties, but beyond that it’s the only statement we have.” We’re guessing Kim walked away with a pretty penny that she’ll deposit in her Celine Phantom bag and use to buy some Givenchy. It must be tough to be Kim. Her ex-husband Kris Humphries‘ rebound Myla Sinanaj first entered the public eye in Hardtail pants and spaghetti strap tank tops, but now tools around town with a Birkin bag those signature Kardashian kurls.

Conclusion: Maybe Old Navy should stick with Morgan Fairchild as their spokeswoman.