In case you’ve been hiding under a significant and weighty rock for the past three hours, you’re probably aware that Kanye West and Kim Kardashian landed a Vogue cover. Perhaps even more interesting than the event itself is how everyone on the entire Internet has reacted with mixed amounts of shock, disgust, glee, excitement, and apathy.

In honor of what has already probably become the world’s most talked about Vogue cover, we rounded up the 10 most ridiculous, absurd, and generally over-the-top reactions to the news.

1. First, there was Kim herself. Apparently, she was so excited she couldn’t even “breath.” Or spell. 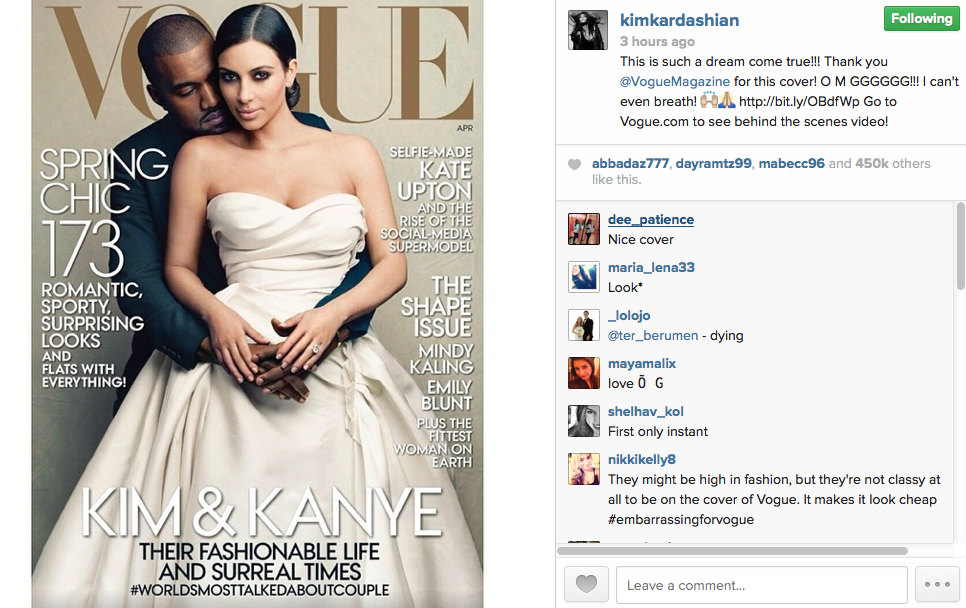 2. Then Kanye, who kept his thoughts surprisingly brief.

3. Then her sister Kourtney chimed in, with that weird little “praise hands” emoji. 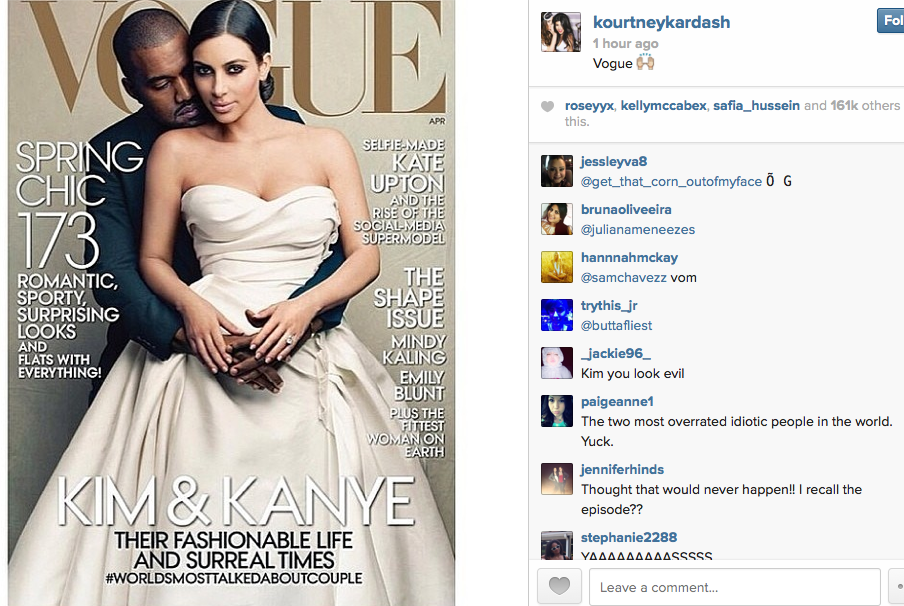 4. Harry Brant knows Kim gets what she wants.

It’s happened. #Kim&Kanye vogue cover. I keep waiting for the sun to fall out of the sky. Gotta hand It to kimmy k, girl gets wht she wants

5. And Hollywood Life EIC Bonnie Fuller knows that Kanye gets what he wants.

#KimKardashian: so glad Vogue put her + Kanye on cover. They look grt + it’s exciting! Kanye got his way!

Twenty four years of loyalty to American Vogue and then this

9. Even Ashley Madekwe has an opinion.

Re. THE Vogue cover: I think if we’re honest what we’re feeling is called “jealousy”. Who wouldn’t want to be on the cover of Vogue???