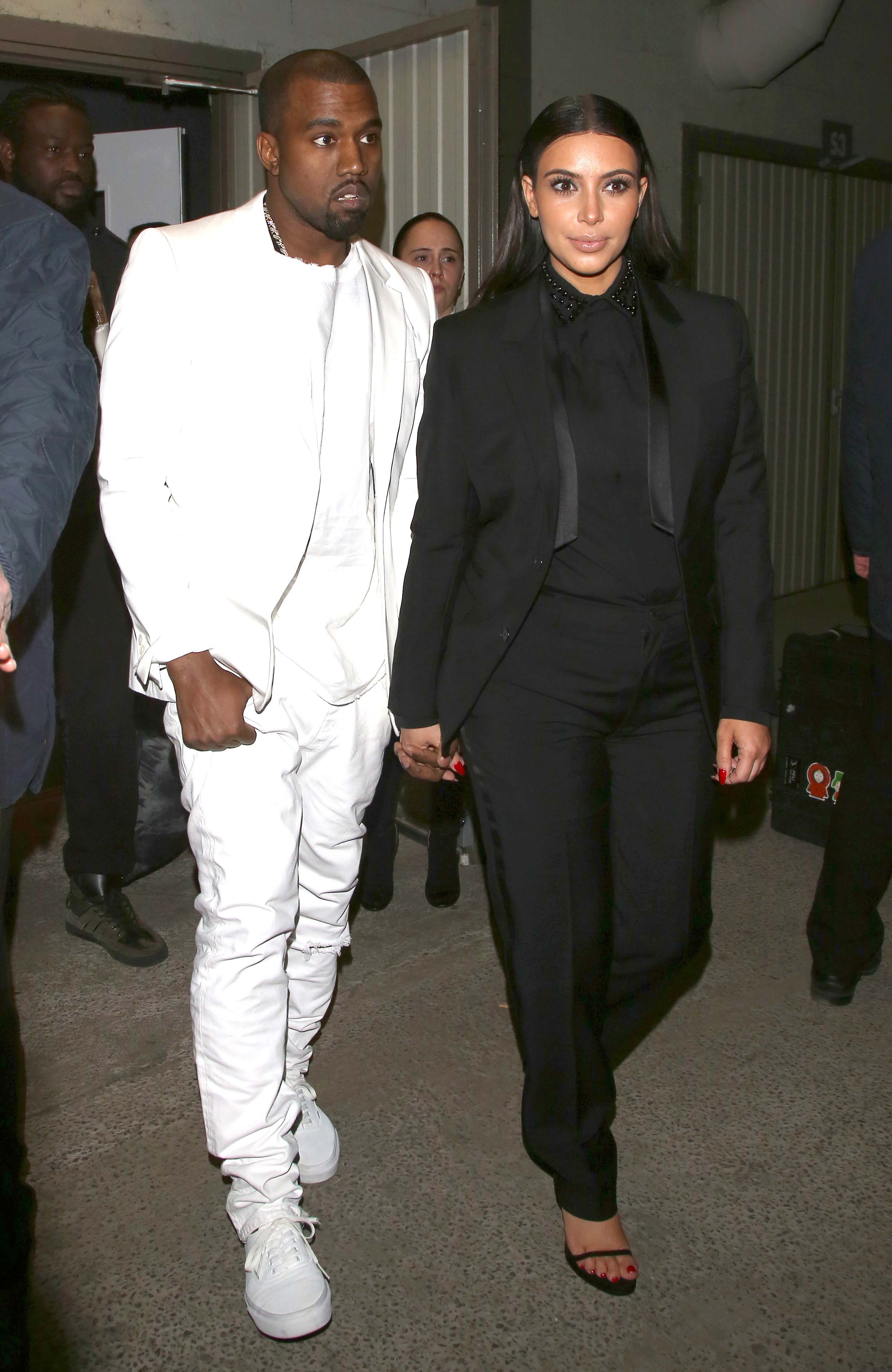 “With parents like these, North West will still grow up directionless!” Ba-dum ching.

Yes, we came up with that gem all by ourselves after reading last night’s report that Kim Kardashian and Kanye West haven’t named their baby girl Kaidence, but rather North West, or Nori for short.

While we’re not sure what’s worse—being named after navigation points, or a nickname that makes us hungry for sushi, one thing’s for sure: This baby—and her name—will be in the public eye for years to come. So, it’s only natural that we started to think about ways in which she can live up to her namesake. She could adopt a quirky signature when she gets older, like only carrying around maps or something, or she can go through life with a strong sense of direction. Below, a few things KimYe needs to do to make sure North West grows up doing just that.

1. Leave the baby at home. For a long time.
It was reported last month that Kim and Kanye wanted to follow in Beyonce and Jay-Z‘s footsteps and hit the road with the newborn while West promotes his new album. This, obviously, is an abysmal idea for many reasons, but the fact remains that Yeezus is good, but it’s not so good that it needs to be the first real thing a baby hears when it comes into this world. Same goes for Paris Fashion Week, as we’re assuming the baby probably has bigger things on her mind (ie., eating, crying, projectile vomiting) than Riccardo Tisci‘s fall collection. Although, the jury’s still out on that one.

2. Hold out for the ultimate endorsement deal.
Northwest airlines is out of business, so we don’t have to worry about that, but we’re sure plenty of other North-starting companies will come a-calling. However, if KimYe were really smart, they’d push for states like Oregon, Washington, Idaho, Montana, and Wyoming—aka the American Northwest—to form a coalition and officially appoint their daughter as its official face of tourism.

3. Leave The North Face alone.
You know it’s only a matter of time before we see Kanye wearing a fleece or a T-shirt from the outdoorsy label with a pic of the baby superimposed right below the logo.

4. Adopt this motto: No Céline before 18.
Kim’s teenage half-sisters Kendall and Kylie, posted a barrage of Instagram pics showing off the new $2,500 Céline bags they got for Christmas last year, but we think Kim and Kanye should insist a teenage North only lug her stuff around in Jansport backpacks or FEED bags until she can afford to buy herself a Céline.

5. Keep her away from grandmomager Kris Jenner for obvious reasons.
If it were up to Kris, baby North would be the youngest-ever contestant on “Dancing with the Stars” (“It’s amazing how fast 1-year-olds pick up the Pasa Doble when walking isn’t really an issue!”), have her own line of diaper-rash products, and learn to play the drums so she can team up with Mason and Penelope Disick and form a family pop-music group, which obviously will be documented on a new E! reality show.

There you have it. Here’s to the years ahead, and seeing how North West will turn out under the careful guidance of her super-modest, humble, limelight-shunning family!

MORE:
Kim Kardashian Is Having a Baby Girl: 5 Scenarios That May or May Not Occur
Strange But True: A Naked Pregnant Sculpture of Kim Kardashian To Be Unveiled