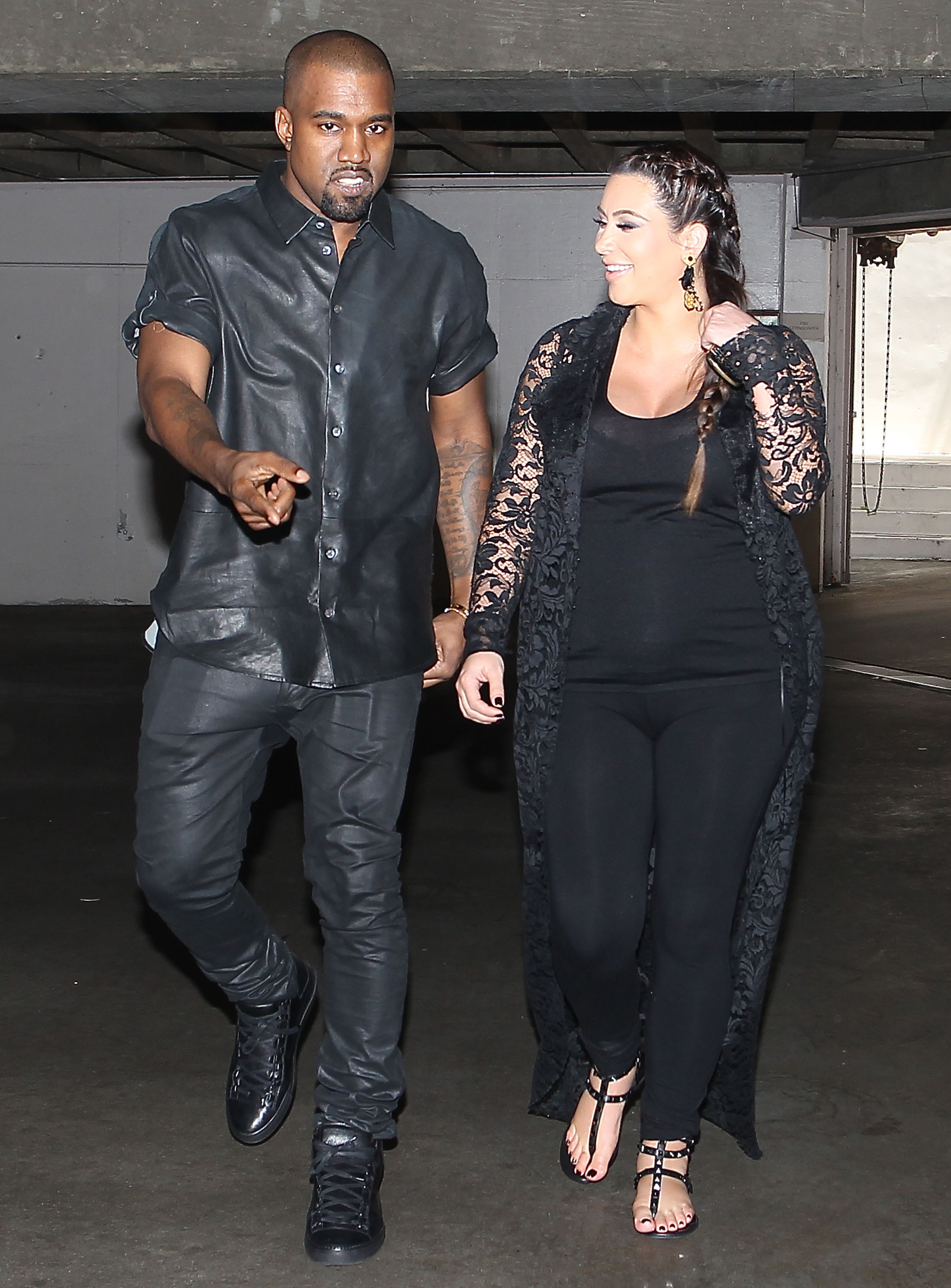 Last week, Khloe Kardashian appeared on the “Today” show to promote the eighth season of her family’s E! reality show “Keeping Up With the Kardashians,” and dished that the sex of sister Kim’s baby will be revealed—wait for it—on television. Shocking, we know.

True to form, it was revealed on last night’s “Keeping Up” season premiere that Kim Kardashian and boyfriend Kanye West would be having … a girl. (Not terribly surprising considering Kim’s baby shower invite featured a spinning ballerina set to a lullaby, despite Khloe’s on-air protests that a ballerina is totally gender neutral because it’s Kim who loves them, not a hint about the baby’s sex.)

So yeah, yet another girl will be added to the X chromosome-heavy family next month, and we can only imagine what the future holds for baby girl West and her very famous parents. Will Kim perpetuate the ever-so-darling Kardashian habit of only surrounding herself with people whose names start with K? Will Kanye use his daughter to create a year-long concept album? Will Kris Jenner ease up on Kim’s gazillion promotional appearances? So many questions!

Below, a few totally plausible scenarios and hypotheses related to Kim and Kanye’s baby girl:

1. Kanye will interject while Kim is mid-push: “Imma let you finish … but Beyoncé had the BEST birthing plan of ALL TIME.”

2. Riccardo Tisci will be appointed as the baby’s godfather, and will create an exact replica of Kim’s floral Givenchy Met Gala gown for the newborn to wear home from the hospital; turtleneck, slit, and all. Precious!

3. Maternity clothes clearly weren’t an option for Kim, so we’re assuming that typical new-mom accouterments will also be vetoed. Instead of a stroller, Kim will tote the tot around in an Hermes Birkin bag dangling off her wrist, with the baby’s head peeking out just so for the paparazzi. Cute!

4. Honestly, it’s really hard to do promotional appearances with a newborn in tow, so momager Kris Jenner will see to it that an entire shopping and entertainment complex is built directly right behind Kim and Kanye’s mansion that’ll feature a giant Sears and several Las Vegas-style nightclubs. Jenner is also hard at work trying to get Paris Fashion Week moved to Calabasas.

5. Remember when Blue Ivy was born, and Jay-Z featured her gurgles in that sweet song? Kanye will take a simiar tack, but instead of merely inserting a cry or two between rapped verses, he’ll record every single sound his daughter makes during the entire first year of her life and release it as a super-sized concept album in 2014. Such an innovator.

MORE ON STYLECASTER:
5 Things Kanye West May Have Been Talking To Karl Lagerfeld About During Their Lunch Date
Brilliant Idea: Kim Kardashian and Kanye West to Take New Baby on World Tour
5 Pregnancy Pointers Kim and Kanye  Should Take From Beyoncé and Jay-Z