After an eventful end to the 94th Annual Academy Awards, Kim Kardashian and Julia Fox‘s Vanity Fair Oscars party attendance could have sparked even more drama to dish out—but as far as we know, the Keeping Up With the Kardashians alum managed to narrowly avoid Kanye West’s recent ex at the event.

The SKIMS founder, 41, and the Uncut Gems actress, 32, were both in attendance at Vanity Fair’s annual Oscars afterparty, which was hosted at the Wallis Annenberg Center for the Performing Arts in Beverly Hills, CA. Kim stunned on the carpet, wearing a skintight number from Balenciaga’s Fall 2022 collection. The bright neon blue gown, which featured a long train and her signature built-in gloves, was paired with silver shades and black-heeled boots.

Julia, for her part, was also photographed at the event wearing a decidedly different getup, despite previous comparisons to the reality star’s style. Kanye’s former girlfriend wore a black Han Kjobenhavn dress, which featured a collar designed to appear like a hand around her neck. She accessorized the statement-making gown with a purse made out of human hair.

Despite their joint appearance at Vanity Fair’s afterparty, eyewitness reports claim that the pair didn’t end up having a close encounter while at the event. Their attendance notably comes just weeks after Julia Fox ended her whirlwind, six-week romance with Kim’s ex-husband, Kanye West. The pair briefly started dating after meeting at a New Year’s Eve Party in 2021. By early 2022, the pair were officially an item. However, their relationship quickly came to a close in February 2022. The actress confirmed her breakup from Kanye on Valentine’s Day, with her rep announcing, “Julia and Kanye remain good friends and collaborators but they are no longer together.” 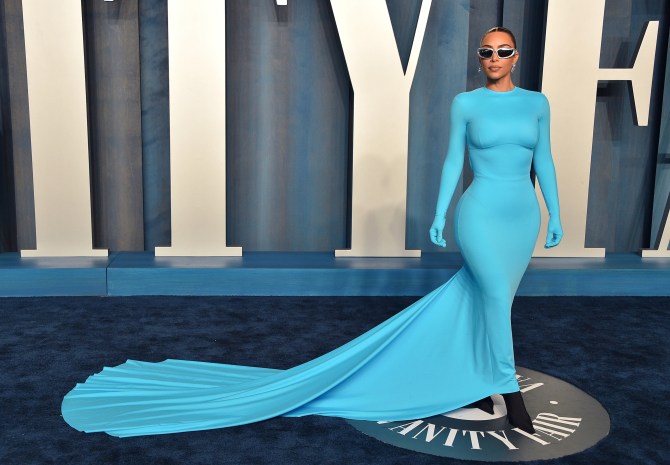 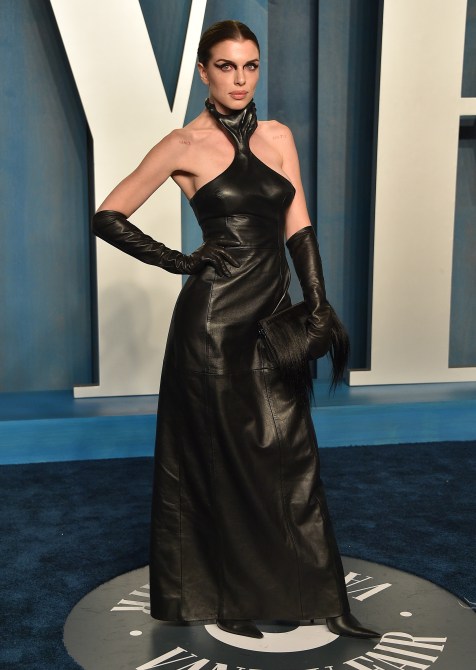 According to a report by Hollywood Life at the time, Julia and Kanye’s breakup was sparked by the rapper’s behavior on social media—namely, his attacks against his ex-wife Kim’s new beau, Pete Davidson. “Julia has had enough drama in past relationships, and the last thing she needs is more. Julia really likes Kanye, but when he acts out like this with these public outbursts, it’s hard for her not to feel some type of way,” the insider said at the time, adding, “She doesn’t want drama with any relationship, be that Kanye or anybody else she dates.”

Following their split, Julia made it clear that there were no hard feelings between her and Ye. “It was the best thing that could have happened to me,” Julia told Entertainment Tonight of her relationship with Kanye at The Batman premiere on March 1. “It was like hitting a reset button. It kind of brought a spark back into my life that I had kind of forgotten about.” Despite their breakup, Julia confirmed that she and the “Runaway” rapper are “still friends.”

When asked about Kanye’s attacks against Pete by TMZ just days later, the actress insisted that her ex-boyfriend was “harmless.” She explained, “I know it’s aggressive, but I don’t really think if it came down to it, Kanye couldn’t hurt a fly.” However, his behavior escalated on social media in recent weeks and resulted in a temporary ban from Instagram, Julia backtracked on her stance. “I would like to point out that I had not seen the latest Instagram posts at the time of this video,” Julia said in a since-deleted Instagram post in March 2022, per Us Weekly. “Believe it or not I have a life and a son, and I don’t have google alerts for this man!”