Both Kim and Irina attended the Met Gala at the Metropolitan Museum of Art’s Costume Institute in New York City on Monday, September 13. However, they didn’t run into each other. Irina walked the red carpet first in a sheer beige Moschino dress with a train and floral cut-outs. Kim—who wore a similar naked dress Thierry Mugler dress in 2019—walked the red carpet after Irina in an all-black Balenciaga ensemble designed by her ex-husband, Kanye West. Kim looked unrecognizable in the outfit, which consisted of a black dress, bodysuit, elbow-length gloves and leggings with built-in heels. Kim completed the look with a black mask. 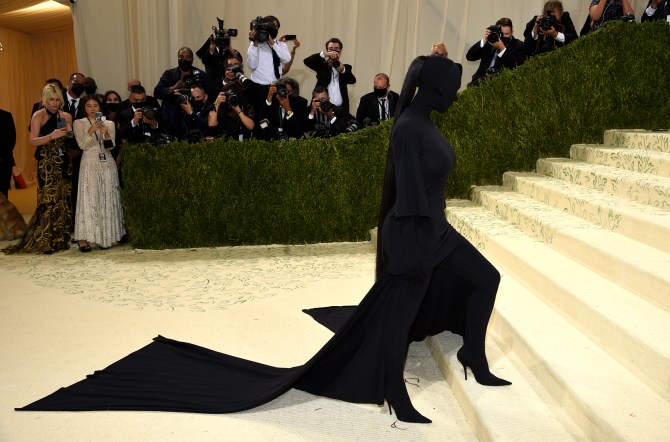 Kim filed for divorce from Kanye in February 2021 after almost seven years of marriage. In her filing, Kim cited “irreconcilable differences” as the reason for their separation. The former couple share four kids: North, 8, Saint, 5, Chicago, 3, and Psalm, 2 News broke of Kanye and Irina‘s relationship in June 2021. A source told Us Weekly at the time that Kim supported Irina as Kanye’s new girlfriend, especially after the model’s quiet split from Bradley Cooper, with whom she shares 4-year-old daughter Lea, in 2019. “She saw how quiet and respectful Irina was after she broke up with Bradley,” the insider said at the time, adding how Kim “wouldn’t like” to see Kanye move on with someone “who’s going to talk to the press.”

A source also told People in June 2021 that Kim was supportive of Kanye and Irina‘s relationship as long as it doesn’t “distract” Kanye from their kids. “Her only concern is their kids. She wants Kanye to be present and spend as much time with them as possible. The kids love when Kanye is around,” the insider said. “Kim doesn’t want a new girlfriend to distract Kanye from spending time with the kids.” 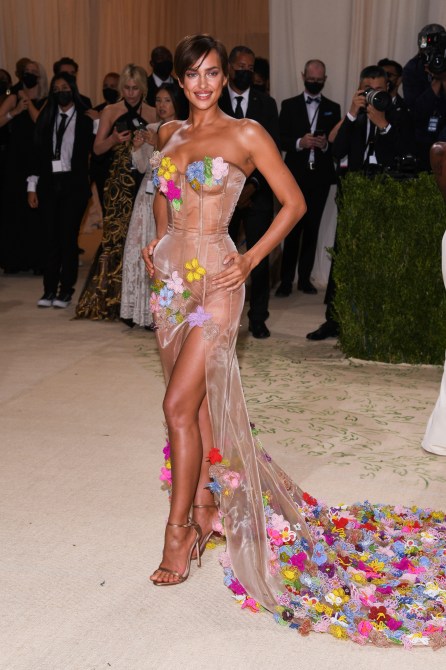 News broke in August 2021 that Kanye and Irina had split after two months of dating. Kanye and Irina are over, but they never really started, there’s nothing going on there,” a source told Us Weekly at the time. According to the insider, Irina was the one who ended the relationship with Kanye after she realized “they aren’t great romantic partners.”

A source also told People that the breakup had to do with Kanye’s busy schedule. “Kanye has been busy working and spending time with his kids. This is his focus. He doesn’t have time to date right now. He finds Irina amazing though,” the insider said. “They remain friendly…It was never a serious thing that took off.”