Look, we understand that Kim Kardashian is very rich and—for better or worse—very famous and, judging by her Instagram feed these days, it seems she’s well aware of those points. We know the reality queen hasn’t ever been shy when it comes to posting photos, but before boyfriend Kanye West came along, a great deal of her (blurry) pics were mostly limited to makeup-heavy selfies, shots of her sisters while shooting various campaigns,  her shoe closet, her nephew, and various snaps of treats like donuts and cookies.

Clearly, her social media presence—like so many other things in her life right now—is being heavily managed by West, and the results are, frankly, kinda braggy.

MORE: Kim K. Did WHAT to North West’s Eyebrows?

It’s cute that Kim posts pics of her and Kanye’s daugher North West, but yesterday, she posted a photo of little Nori’s hand clutching her mother’s gazillion-carat engagement ring with the caption “It was an amazing year!”

And just last week, Kim filled up her feed with snaps of gifts top designers sent her baby, and photos of Kanye and North’s matching Lamborghinis (never mind the kid’s not even a year old.) Obviously, Kanye is a braggadocio himself (“I am a God,” anyone?) but it’s a little sad to see Kim’s feed filled with photos that illustrate how much better—and richer, monetarily speaking—her life is than yours.

Especially because before he came into the picture, her Insta feed was sort of relatable. (To be fair, Kim did a post a serious of images from her vist to the L.A. children’s hospital last week, but that seems less significant when it’s surrounded by snaps of father-daughter sports cars.) Below, a few recent examples of Kim’s braggiest photos. 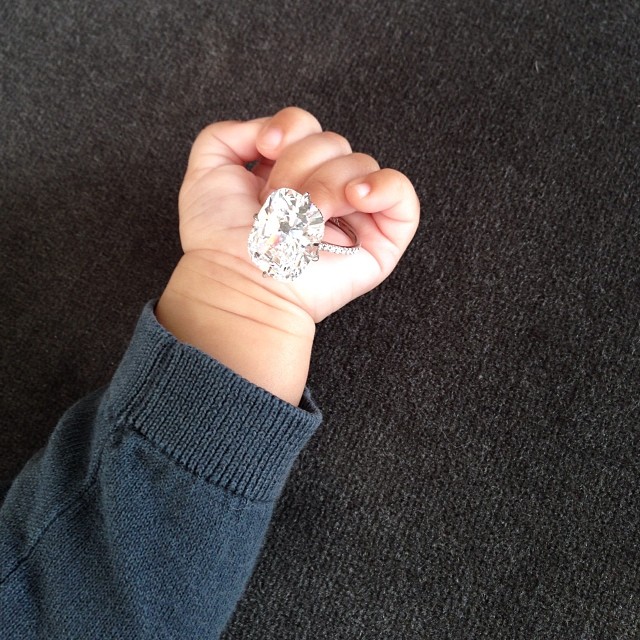 “It was an amazing year!”
Photos: Instagram/@KimKardashian 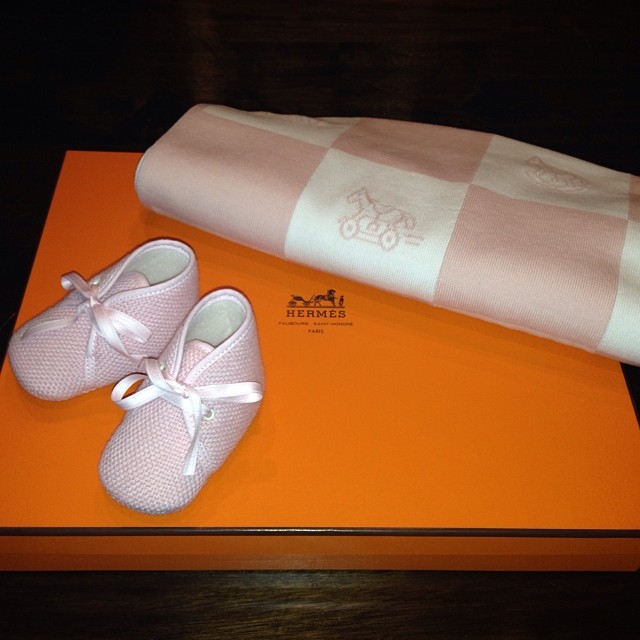 “Thank you Michael Coste and Hermes Paris for the sweet gift for North! @mcoste75 @hermes .” 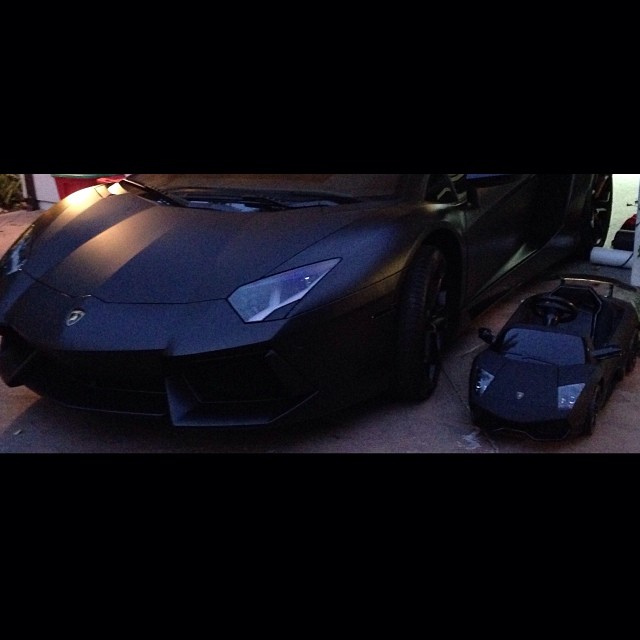 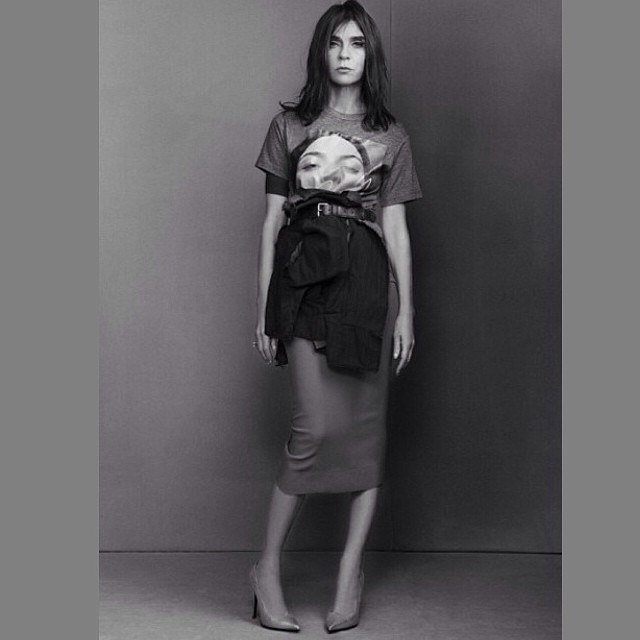 “I love my fashion icon @CarineRoitfeld for wearing this tshirt!!!” 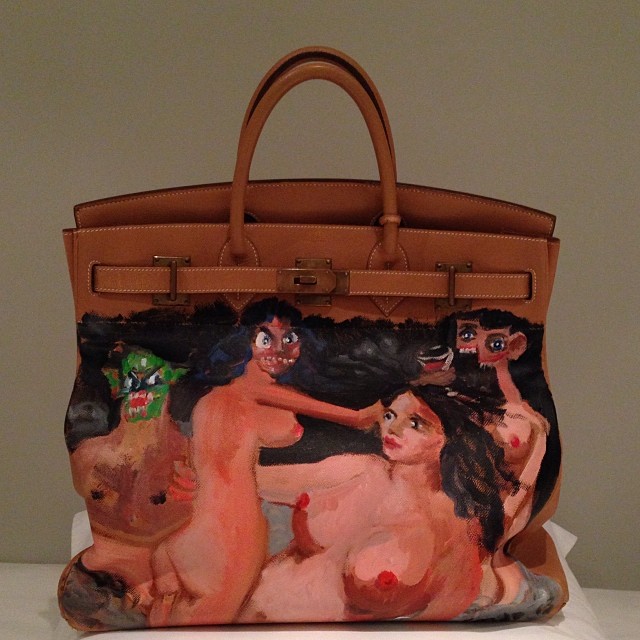 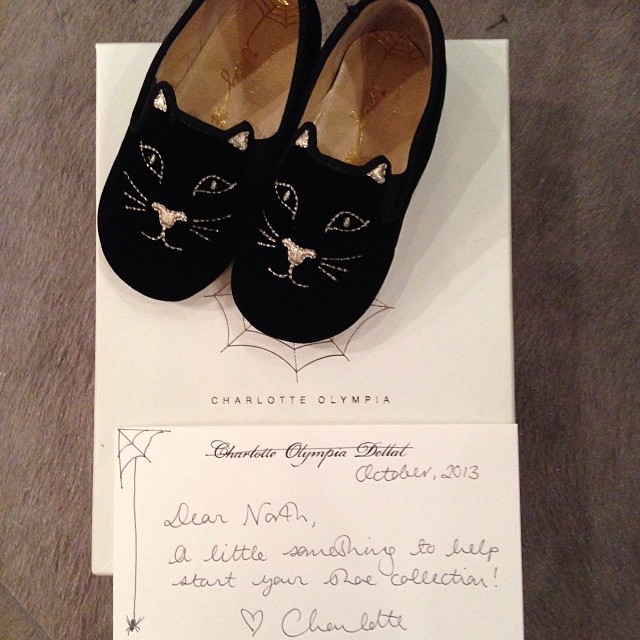 “Thank you Charlotte for the cutest kitty shoes for North! Xo @charlotteolympiaworld.” 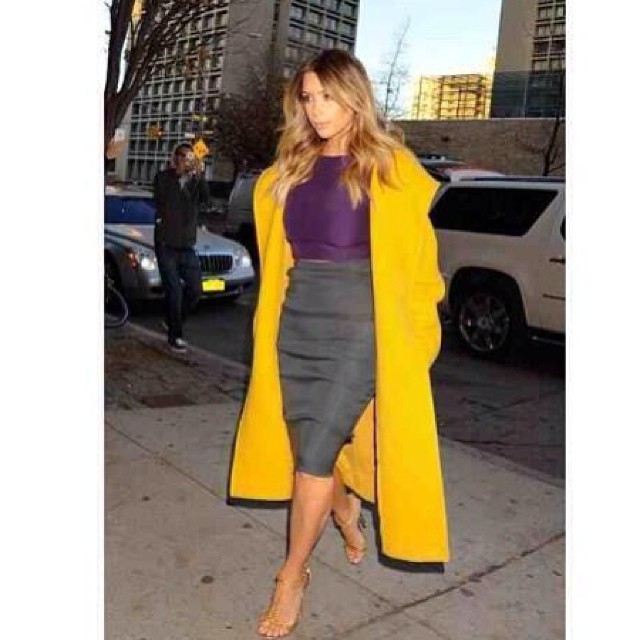 What do you think? Does Kim Kardashian’s Instagram seem a little too braggy lately? Sound off in the comments section below!