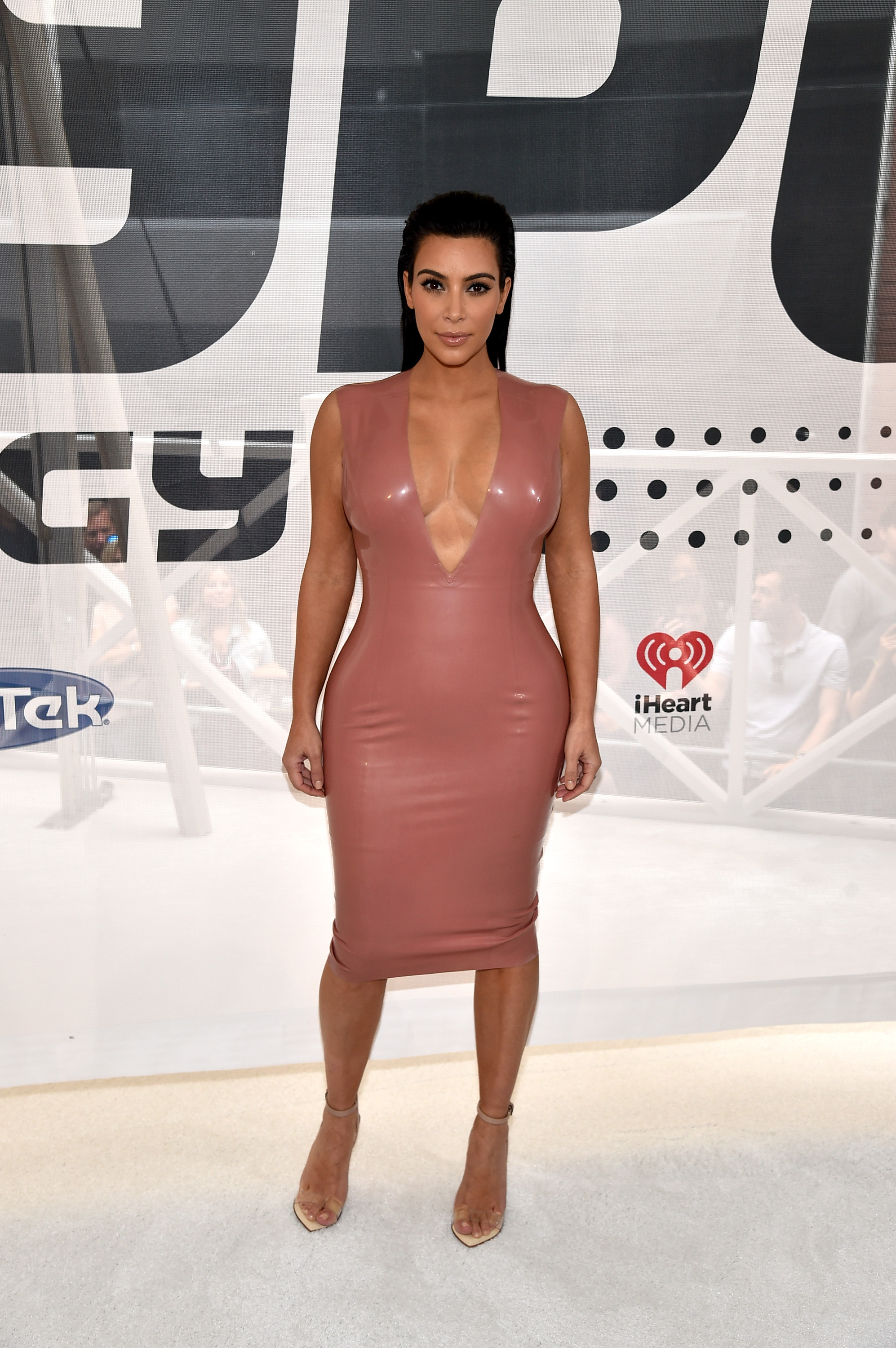 Did you know there was a bird flu outbreak on Monday? There was also a cruise-ship crash that affected 400 people in China. Oh, and the Senate decided the NSA can’t spy on our phones anymore. But none of that matters, at least to the internet, because Kim Kardashian is PREGNANT, you guys! AGAIN!!!

I’ve never been what you’d call a Kim Kardashian fan (I’m really more of a Kendall), but I do find the chokehold she has on the world pretty damn fascinating. It blows my mind that this woman—who’s almost 35 years old—has managed to become a twisted, modern-day definition of female success given her, um, less-than-savory origins.

How is it possible that what started as a mindless interest in some silly reality stars has become a full-blown international fixation that drives traffic for websites, moves magazines on newsstands, and crushes it in TV ratings?

These are the questions I ask myself (too?) often, so when a somewhat bizarre opportunity was presented to me—fly on a private plane from New York to Nashville to meet Kim in the flesh while she promotes Hype Energy Drink —I said absolutely, yes, 100%. I needed to understand firsthand whether this girl is worth all the, well, hype, and why her opinions on everything from style to child-rearing matter so much to so many people.

Before I was set to board the plane on Tuesday (along with a handful of editors from other publications, but not Kim—she’d be meeting us there) there were Twitter rumors swirling that the pregnant reality star was too sick to make the event. First lesson I learned: When Kim tweets, the trickle-down becomes national news that sends airplanes full of event planners in to a tizzy, and puts tens of thousands of marketing dollars on the line.

As luck would have it, Kim pulled it together because she’s a total pro. Such a pro in fact, that she showed up in one of her signature dusty pink Atsuko Kudo dresses. Lesson number two: Pregnancy is no match for latex, folks. 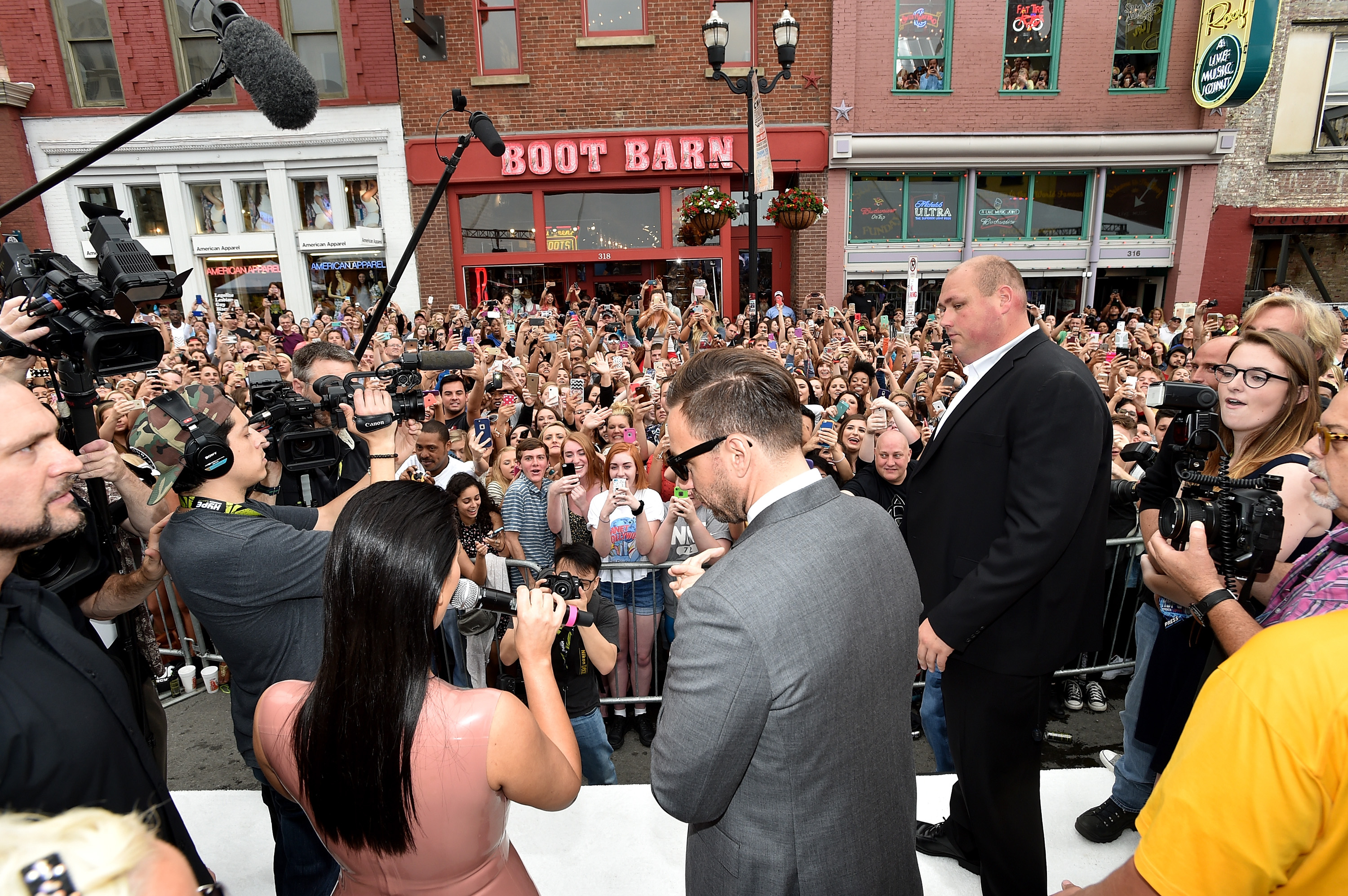 In order to accommodate the amount of fans that showed up, the promotional event was held outside in downtown Nashville. In case you’re wondering who has time on a Tuesday morning to stand on the street in hopes of catching a glimpse of a Kardashian, hundreds of people clamored over metal barricades chanting—and I’m not exaggerating—”We want Kim! We want Kim!” Reporters, photographers, and cameramen were in a somewhat safer area under a tent, but whenever we were blocking the view of the people’s national treasure, the crowd started to get surly, bellowing “Move the press! Move the press!” We moved.

It was around this time that the energy of the whole situation officially entered crazytown and the press—myself included—started going crazy trying to get interview questions with Kim. It was like we’d all been bitten by a Kardashian zombie. Before I knew it, I was elbowing my way through a swarm of reporters, pushing, and yelling out questions at random.

Anyone else might have been visibly shaken by the scene, but not Unbreakable Kimmy K—she was surprisingly calm. So calm, that if she wasn’t pregnant I would have sworn she’d downed a fistful of Xanax. She gracefully gave me her full attention in the chaos of publicists who were demanding things like “No questions about Bruce!” (um, it’s Caitlyn now, people) and “Nothing personal—no questions about North or Kanye!”

Naturally, I jumped right into a series of questions about Caitlyn, North, and Kanye. I also asked about her pregnancy, her style, and her upcoming website launch—and I actually got some answers. Here’s what I learned from my manic few minutes with the most famous woman in the world.

She won’t be eating donuts this pregnancy.
“Last pregnancy, I ate a donut a day, and I’m not going to do that this time. I have a nutritionist who’s going to help me. But, I’m also going to take it easy and enjoy myself, whereas last time I was so uncomfortable. Pregnancy isn’t the most comfortable thing for me, but I am really going to try to embrace it. So far, lot of things make me nauseous. A lot of things I can’t smell or see. I’ve just been trying to sleep more or take lots of naps.”

She’s into moving furniture in her spare time.
“At home, I’m so not glamorous. I love to move furniture and organize things. I’m always in sweats and a ponytail and organizing, and getting all dirty.”

She’s ‘nervous’ about her pregnancy style.
“I’m definitely going to be more simple and I don’t care if I wear the same thing over and over, as long as it fits and I am comfortable. I’m a little nervous! Kanye didn’t help me last time. He helped me right after, he was like ‘Okay I can’t take this anymore, I’m gonna help you.'”

She won’t tolerate bullies while she’s carrying a baby.
“My sisters make fun of me saying that I’m a lot feistier when I’m pregnant. This morning on Twitter I was like, I can’t wait for my website to launch because I’m going to do video streaming and just every time I hear some stupid rumor people take as fact, I’m just gonna get online and get on them.” (She wasn’t kidding, BTW.) 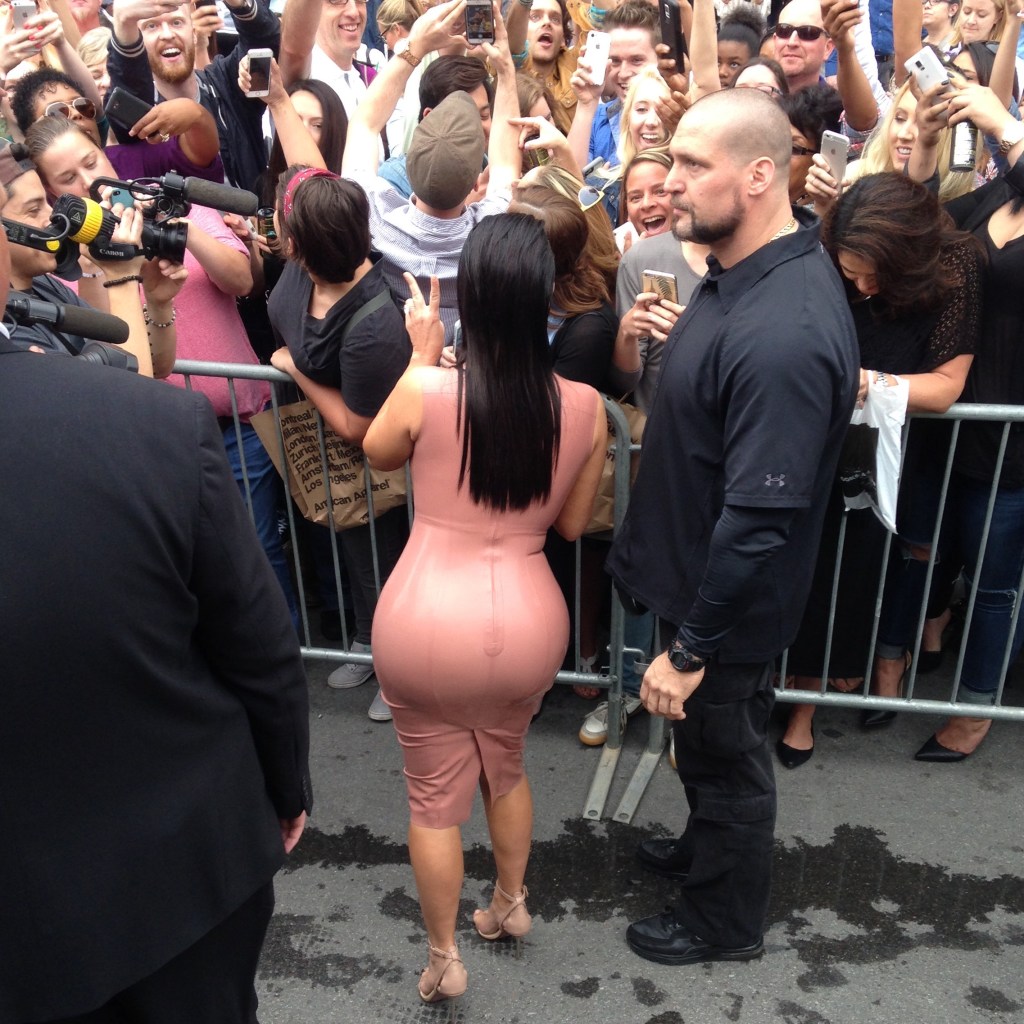 Caitlyn Jenner will definitely figure out Twitter.
“She’ll figure it out on her own. She just wanted to start Twitter to be honest and have her voice. Everyone encounters negativity, and you just have to ignore it.”

She endorsed an energy drink because of the fashion.
“I just like to be involved in creative projects and thought it was cool. The campaign stylist, Rushka Bergman, styled me for L’Uomo Vogue, and she is really close friends with the photographer and co-owner John. She had this cool concept of me being iconic characters like Audrey Hepburn, and so we made this little commercial.” (Kim’s favorite look was based on an elaborate Marie Antoinette character:”We had authentic clothes from hundreds of years ago. They were so delicate and we had to be so careful putting them on. It was so fascinating seeing the fashion behind it.”)

She’s excited about her new website.
“I love to work with different people and be creative. It’s my version of how I talk on social media. It’ll be my own platform. I’ve been doing beauty tutorials daily, I love doing hair and makeup tutorials. And a lot of original photo shoots.”

She trolls Tumblr like the rest of us.
“I find a lot of inspiration on Tumblrs, and fashion sites like Net-A-Porter, and Luisa via Roma.”

She knows how to Google.
“The last thing I googled … was something for Kanye’s birthday. A little surprise I’m trying to do for him. But I can’t tell you quite yet.”

And there you have it. So, did I get the answers I was looking for? Well, my time spent with Kim didn’t do much to explain why the world was as fascinated by her as we are, but I did leave impressed that she was able to stay so calm in a sea of absolute chaos, even if incessant media training is the reason. And—let’s be real—by the fact that she managed to suck herself into a latex dress after revealing to the universe that she indeed was pregnant. AGAIN!!!