Kim Kardashian revealed to the world today that under all of that contouring, she’s basically a huge stoner—as far as her food cravings go, at least. “Would you rather eat Chinese takeout or McDonald’s?” style editor Edward Barsamian asked in a game of “Would You Rather?” for Vogue on Snapchat. After thinking for a moment, she blurted out, “Ugh, both! At the same time!”

Thinking better of her disgusting choice, Kardashian hedged her answer a bit. “No, probably McDonald’s,” she added. “Or—I don’t know, both, so good, but McDonald’s I’ll go with.” 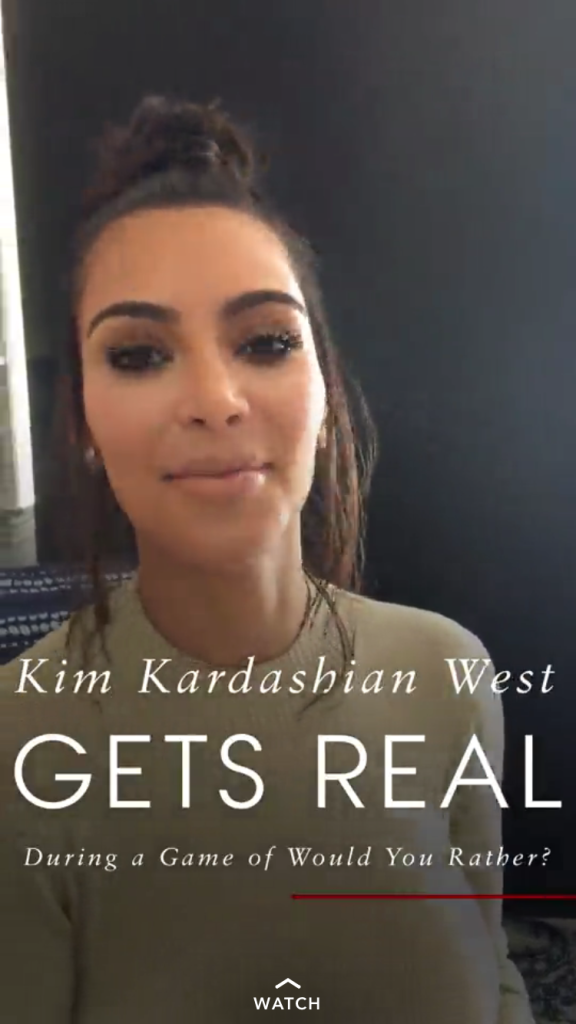 That’s not all Kardashian was asked. “Would you rather live without the internet, or live without air conditioning and heat?” Barsamian asked the reality star, who is nothing if not famous for her wild social media presence.

“Live without air conditioning and heat,” she said, after a pause. “For sure. Dewy is good,” she continued, motioning to her face. “We can put on some nice, like, coats. All good.”