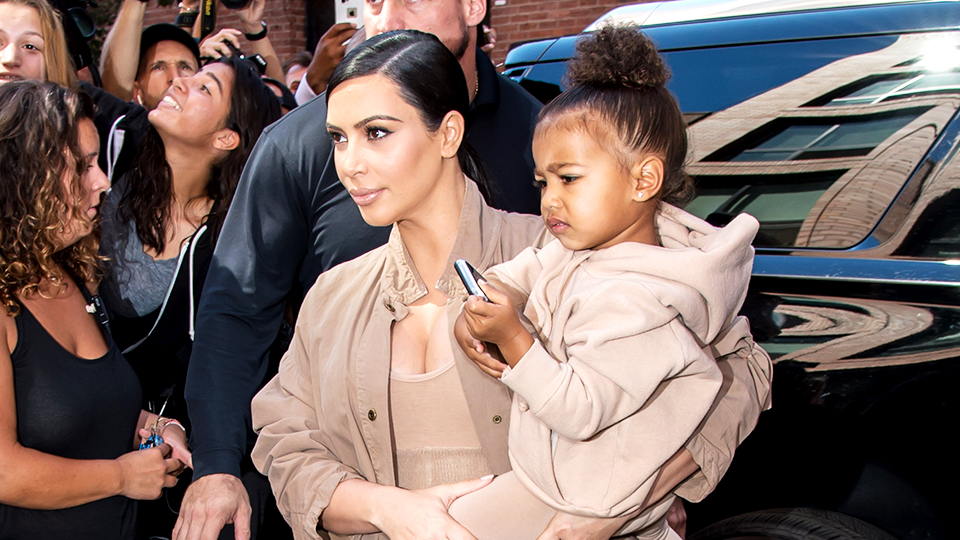 Life in the Kardashian-West household must be, well, interesting to say the least. If you’re little North West, not only do you have the curiosity of a new baby brother, Saint, your parents happen to be some of the most recognized (and modest!) people on the planet.

But Kim revealed in a post on her website and app on Tuesday that even though she could basically buy an army of Mary Poppins clones to help her take care of 7-week-old Saint, she’s really just like every other new mother out there—exhausted and frustrated from breastfeeding and dealing with the added challenges of caring for a toddler and a newborn at once.

“I’m not gonna lie—it can be time-consuming,” the 35-year-old A-lister wrote. And aside from all of that physical exhaustion, she’s got to deal with some serious sibling rivalry. “For some reason, North hates when I feed the baby, and she lays [sic] on my lap so Saint can’t be right in front of me to eat!”

So Kim, ever the enterprising mother, says she’s come up with some solutions, like having North feed her brother. “She loved helping me, as opposed to my attention being off her. And now she’s my little helper.”

MORE: The 40 Most Naked Celebrity Instagrams of All Time

Kim also revealed that though her pregnancy with Saint was “miserable,” she’s had zero trouble producing as much milk as little Saint could want. “I feel super lucky that breastfeeding is easy for me and I produce a lot of milk—so much so that I’ve taken over my mom’s freezer with tons of milk.”

There you have it, people. If you’re ever a guest of Kris Jenner, expect to see a bunch of Kim’s breastmilk chilling in the freezer.