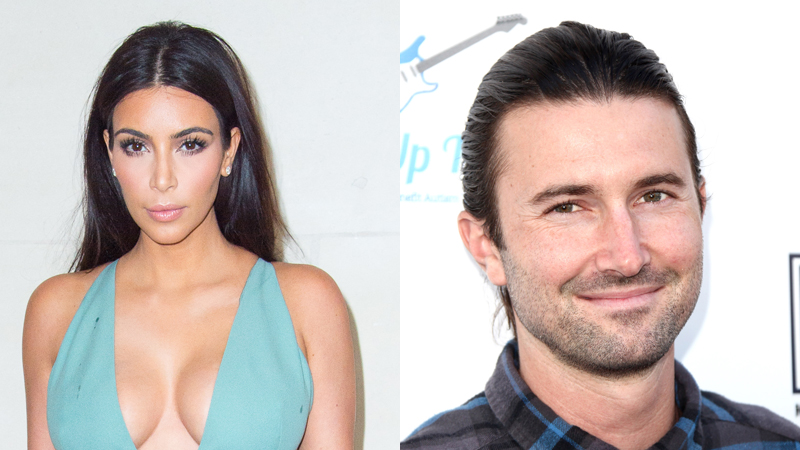 There have been some pretty odd revaluations on “Keeping Up With the Kardashians” over the years, but this one might take the cake: apparently Kim Kardashian and her step-brother Brandon Jenner kissed back in the day.

In the latest episode, Kim’s stepbrother Brody Jenner was being poked fun at for walking in on Kim during a sexy photo shoot. Family matriarch Kris Jenner teased him saying,”I feel like Brody is crushing on Kim…I think you’ve had a crush since you were 7 years old.” Remember that Kris married Brody’s dad, Bruce, in 1991, so the Kardashian and the Jenner kids aren’t actually blood relatives.

MORE: Who is Odeya Rush? 5 Things to Know About the Stylish Rising Star

Brody then countered: “That was him and Kim!” pointing to his older brother Brandon. “You’re forgetting that. They kissed back in the day.” Brandon didn’t deny the accusation and then Brody continued, “It’s on you now! And he knows it’s true.”

Now this is a “Clueless”-esque moment if we have ever heard one, which only leaves us scratching our heads with more burning questions—like when, where, why, and why? Here’s to hoping this storyline gets more airtime this season for the mere fact that it is totally weird and we can’t get enough.

What do you think of this revelation? Share your thoughts in the comments below!