Yes, Kim Kardashian: You’re a sexy mom. We understand. Entendemos. Nous comprenons. But it seems lately, the 33-year-old is literally doing everything in her power to make sure we don’t forget it. Case in point: These new paparazzi photos of the reality star in New York City Monday with her boobs literally popping out.

MORE: The 20 Most Naked Celeb Instagram Photos of All Time

In typical “new Kim” style, her outfit—black pants and a tailored black blazer—might look fairly chic from the back or side (bouffant hairstyle not withstanding), until you get a glimpse of the insanely plunging skin-tight top underneath that showcases her ample cleavage (and then some) to the world. 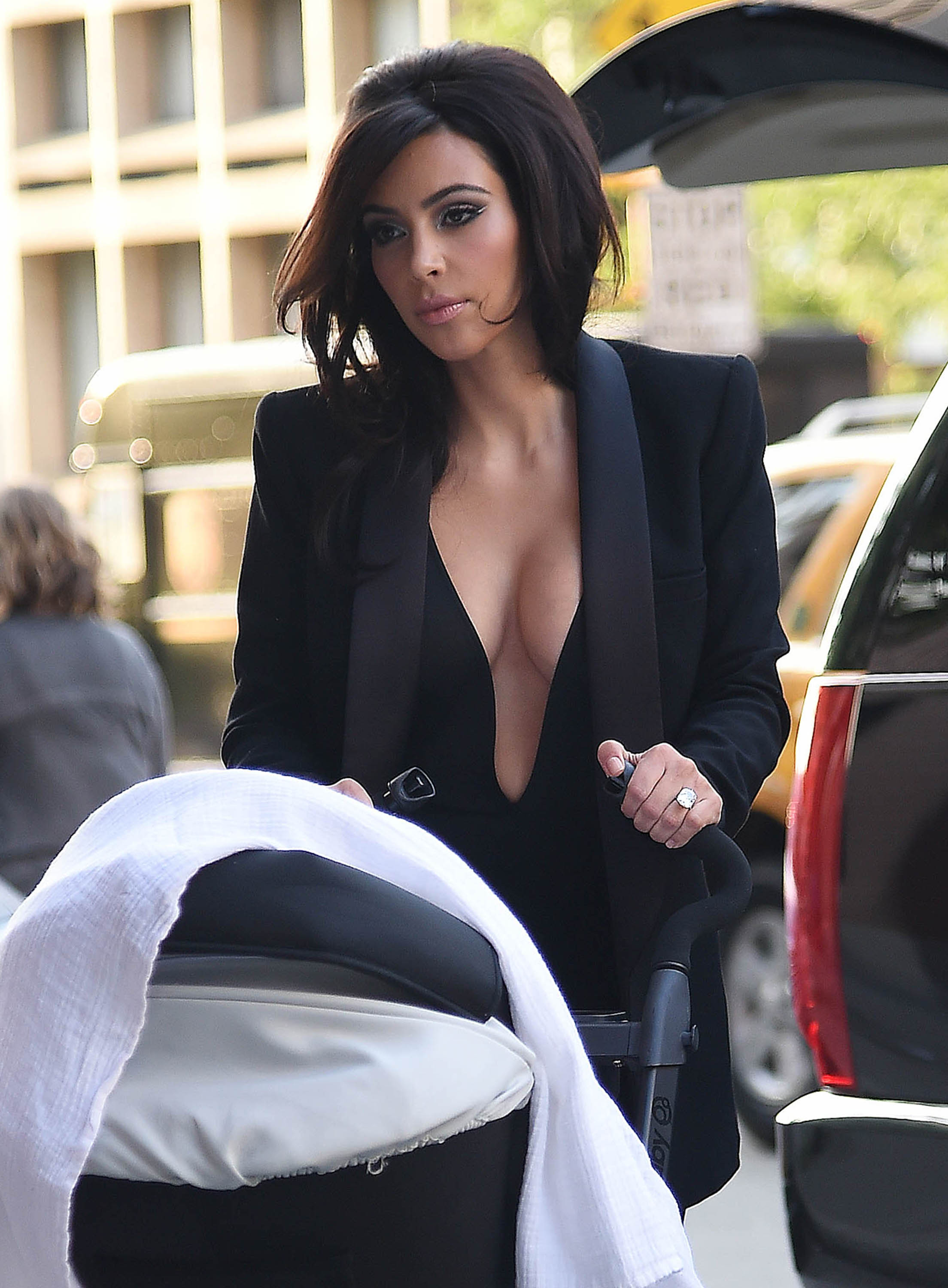 Look, we’re all for dressing how you want to and not confining yourself to society’s expectations of “mother” and “wife,” but we can’t help but wonder why Kim feels the need to show her breasts almost every time she steps out.

Back in October, we speculated as to whether Kanye (Kim’s seeming style puppeteer) is overly-sexualizing his then-girlfriend, who—as self-involved as she was before she met him—used to only post harmless selfies of her overly-made-up face, fake lashes, and bandage dresses, rather than alarmingly sexual photos in skimpy white swimsuits and low-cut dresses that basically showcase both breasts (made by West’s BFF, Givenchy creative director Riccardo Tisci.)

Just last week alone, the newlywed showed an ample amount of skin, posting the below Instagram pic of herself at Bonnaroo with a white sheer top barely concealing her nude bra. And days before that, she posted a series of bikini selfies while in Mexico.

Maybe KimYe thinks showing revealing just too much will keep her in the news, or maybe it’s just what Kanye likes but we’re starting to hit our limit. Desperation is not a good look on anyone.

Are you getting tired of seeing Kim’s boobs every time you turn on your computer? Sound off below.