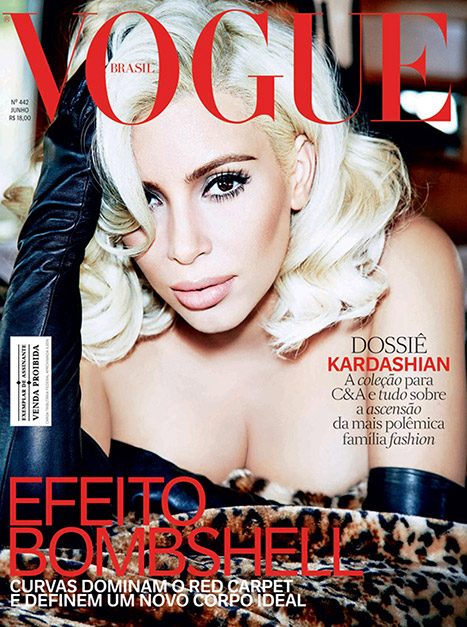 The reality TV star–who surprised everyone when she debuted a fresh blonde ‘do for just a few weeks March–is the magazine’s new cover girl. Vogue Brasil released two covers for its June 2015 body issue, both featuring the E! reality star.

On one, Kim poses on a leopard blanket in sexy leather gloves, looking like a contemporary take on the ’60s sex icon. The second shows Kim in a midriff-flashing, black, cropped turtleneck sweater and skirt. 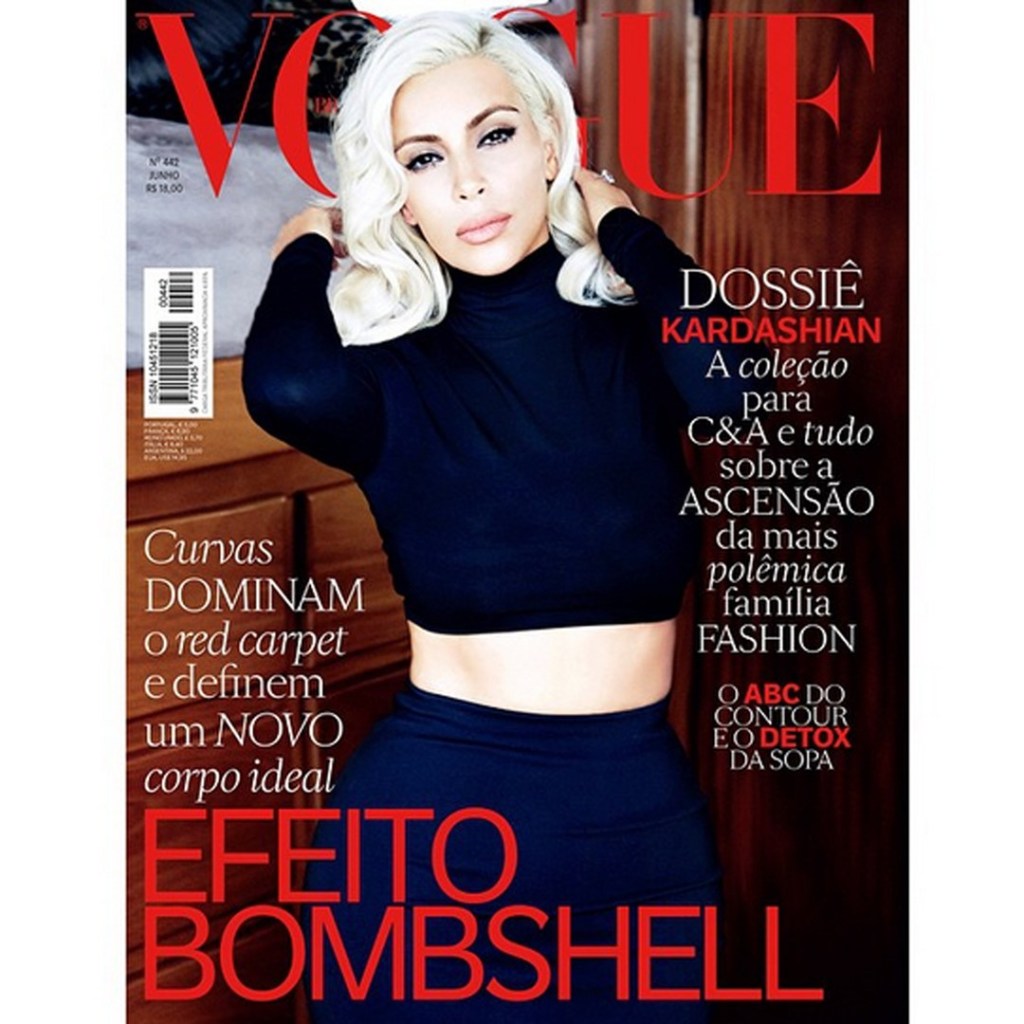 The star also shared a clip of the shoot on her Instagram account, and it’s kind of captivating–watch it below.

What do you think of this version of Kim? Share your thoughts in the comments!