Congratulations, Kim Kardashian. The reality TV star just hit 27 million followers on Instagram, rewarding fans last night with a raunchy thong selfie and a thank you note. Because, of course.

To put that into perspective for you, the reigning queen of reality TV has more followers on Instagram than Australia has people–way more. I’m from Australia, and our population only just hit 23.1 million, so there are literally millions more people who see Kim’s naked selfies every day than there are people in the world’s 12th biggest economy. Fact.

1. Kim has more Instagram followers than the combined Instagram fanbase of four of the world’s biggest brands. The combined following of @CHANEL, @Prada, @LouisVuitton, and @Hermes comes to a measley 10.5 million–and that’s only because I was generous and rounded up.

2. 27 million days ago, Europe was inhabited by Neanderthals.

3. Kim has more Instagram followers than dozens of countries’ GDPs. Afganistan’s GDP, for example, only amounts to around $20 million U.S. Think about that for a second: Afghanistan’s entire economy is smaller than Kim’s following on one social network.

4. President Barack Obama has only 3.8 million followers on Instagram–and The Whitehouse just 651,000. Politics just isn’t as sexy as #belfies and Birkins. 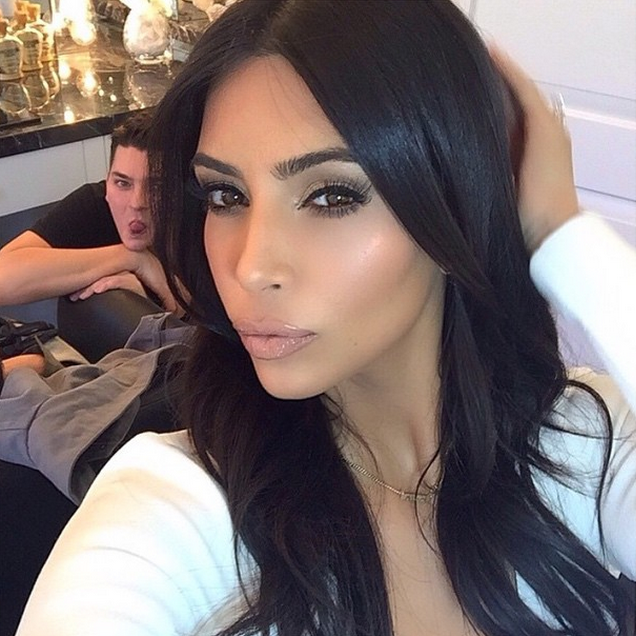 MORE: This Is What It’s Like to Meet Kim Kardashian

5. Madonna’s most famous album, True Blue, which featured iconic tunes like “Papa Don’t Preach” and “Live to Tell”, topped the charts in 28 countries when it was released in 1986. Almost 30 years later, Madonna has sold 25 million copies–two million shy of Kim’s Insty count.

6. One Direction, the most successful boy band of our time, has 7.9 million Instagram followers.

If those numbers weren’t scary enough, you should also know that Instagram has 150 million users worldwide. That means nearly 1/5 of everyone on Instagram is interested in North West‘s designer gifts, and Kim’s new bags. God help us all.