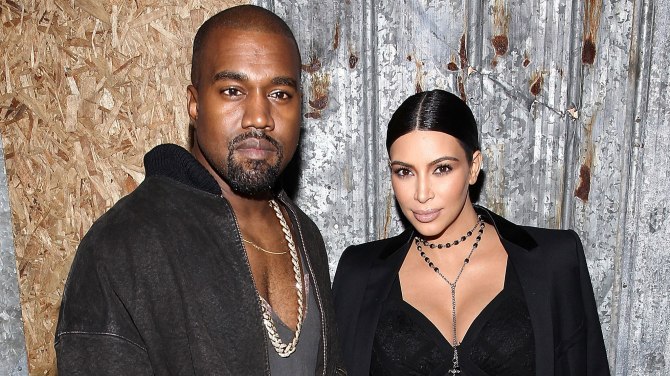 It’s been a good Khristmas for Kanye, and especially Kim. (Photo: Getty Images)

While Kim Kardashian was busy this holiday season gifting us with the dubiously brilliant gift of Kimojis, the rest of the Kardashian Klan was caught up in a frenzy of holiday shopping. And it looks like Kanye West (or more accurately, one of his little helpers) was busiest of all.

On a #SisterSunday livestream teased on Kourtney Kardashian’s newly-launched subscription-based website (and app) shows all the various splurges that the family got each other.

Kanye appears to have outdone himself with “150 gifts and counting” for Kim, which, according to People, includes a Saint Laurent fur coat from the Fall 2015 collection that’s just shy of $40,000. Also included in the barrage of presents? A jumpsuit from Prada and a Louis Vuitton dress. “He sent his assistant to Italy and shopped via Skype,” Kim says in her own video.

MORE: Kylie Jenner Got the Most Insane Christmas Present

The piles of presents don’t go unnoticed by her momager, Kris.“You’re very spoiled, Kim,” she says.

But Kim has a komeback. “I haven’t shopped for myself in over six months,” the new mother-of-two, 35, says. “And Kanye has to deal with me every day.” #Truth.