Well, it’s happened—but not exactly in the way we expected. After literally months of speculation, Kim Kardashian has landed the cover of Vogue—alongside husband-to-be Kanye West, shot by Annie Leibovitz. Check it out: 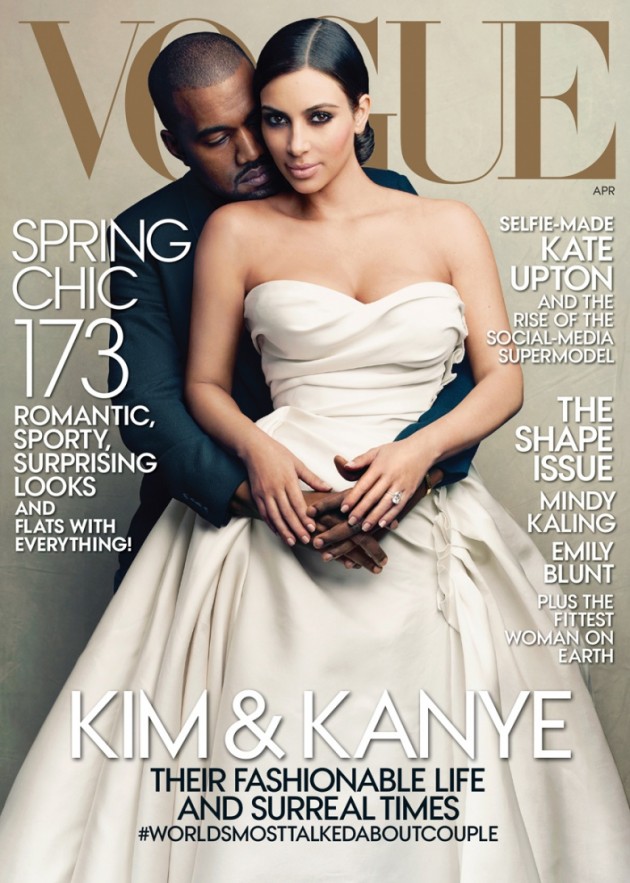 MORE: Where KimYe Should Get Married In Paris

Obviously, we’ve been expecting this for some time, but for some reason it never crossed our minds that Yeezy would join Kim (who looks strangely identical to designer Rachel Roy in this photo) on the cover. Makes sense, given how divisive a character Kardashian is, and it’s almost safer in a way to pair them up as a couple. Loyal Vogue readers and fashion fans will still grouse, but at least it can be argued that Kanye has an actual career and an understanding of fashion.

UPDATE: Somehow, the Daily Mail got their hands on editor Anna Wintour’s editor’s letter from the issue, in which she claims that–contrary to many reports alleging it–Kanye did not court her to get Kim on the cover.

“You may have read that Kanye begged me to put his fiancée on Vogue’s cover. He did nothing of the sort. The gossip might make better reading, but the simple fact of the matter is that it isn’t true. Kanye is an amazing performer and cultural provocateur, while Kim, through her strength of character, has created a place for herself in the glare of the world’s spotlight, and it takes real guts to do that,” Wintour writes in the letter.

Kim Kardashian has strength of character? Some might debate that statement, given that—prior to the 2007 release of her sex tape with then-boyfriend Ray J—Kardashian was basically just another rich Hollywood kid? What message are we sending to young women if all it seems to require to get a Vogue cover is a sex tape, a reality show, and a rich and famous boyfriend?Regardless, the cover did happen, so she must be doing something right. To see more, check out Vogue’s official behind-the-scenes footage below, and let us know: What do you think of KimYe’s Vogue cover?