It’s not the first time the fashion industry has taken note of Kim Kardashian and Kanye West’s worldly influence, but this is certainly a major accomplishment. 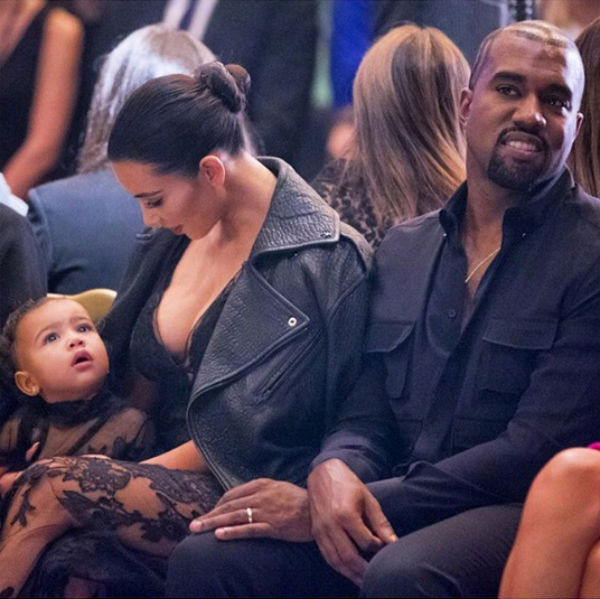 MORE: Uh Oh—Why a Broken Heart Can Kill You

“The three were a force of iconic moments as they pivoted around Paris, the mecca of fashion,” he wrote in his fashion week roundup. “It’s the new FFF: First Family of Fashion.”

MORE: Beyoncé is Teaming Up With Topshop!

Among heaps of praise about their well-styled ensembles while sitting front row at Paris Fashion week, Talley describes them as the “Nick and Nora Charles of our time, the Liz and Dick Burton, without the brawls.”

While many critics had much to say about Kanye’s breast-baring top at the Lanvin show, Talley is quick to label it his best look. As for Kim, he bestows the honor upon her all-Riccardo Tisci for Givenchy get-up, saying, “At the best moment, there’s nothing like naughty lace caging the body with a leather biker jacket.”

Labeled “the new sexy” by Talley, one of the most respected voices in fashion, Kim, Kanye and North have a lot to live up to when next Fashion Week rolls around.