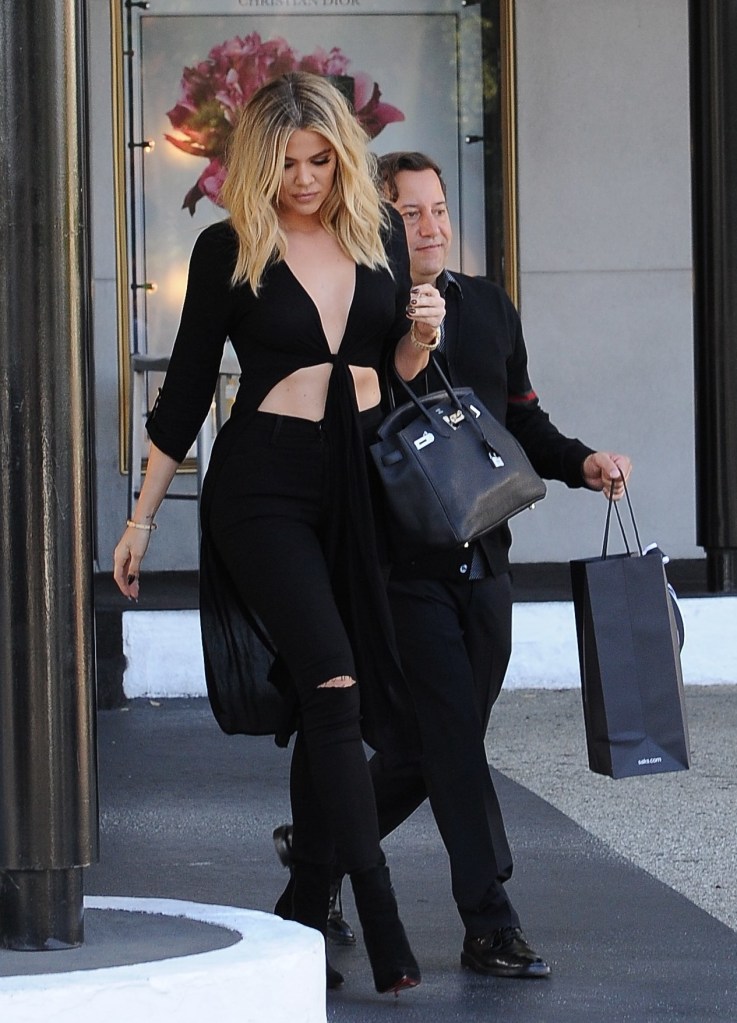 Before Khloé Kardashian lost 40 pounds, the fashion world was downright rude to her on a regular basis. “People actually said, ‘I just can’t work with you’—because I was too big,” she said in an interview published today in Harper’s Bazaar.

These days, everyone wants a piece of her—including, evidently, Harper’s. High-fashion photo shoots weren’t a regular part of her agenda in the past, though. “I definitely think the fashion industry, and people in general, look at me more now that I’ve lost weight,” she said. “Even on shoots, I would never have options for clothing. There would always be this attention on Kourtney and Kim, but I was too much work for [stylists] or they had nothing in my size. I wasn’t even that crazy big!”

Monica Rose, Khloé’s longtime stylist (who climbed on board the Kardashian train for season one of “Keeping Up with the Kardashians”), never pulled anything like that, so she’s the only one Khloé will work with, even though plenty of others are clamoring to have a chance to dress her now. “At my fattest, Monica would always come with racks of clothes and make me feel special,” Khloé said. “She never told me, ‘Oh, they don’t have that in your size.'” Khlo doesn’t even give the former haters the time of day, much less let them style her. “I’m just like, ‘Fuck you. I’m not going to reward your bad behavior.'”

As for her famous exercise routine, to which she credits her epic weight loss (along with changes in her diet), she’s all about Pilates and SoulCycle. For the most noticeable results, though, she turns to circuit training “and really intense cardio,” she said. “I’m a beast at the gym. I’m super competitive and I’m a sweater. I’m like, ‘Don’t fuck with me and don’t mess up my routine.'” Her exercise Snapchats back that one up.

She often works out with Kourtney Kardashian and touts the power of getting your sweat on with a pal who goes as hard as you do. “I love that we can work out together,” she says of Kourt. “Kim sort of prances and is super cute and gorge, while Kourtney and I are dripping wet.” If a week goes by without exercise, “we feel like shit,” she says of herself and Kourtney. “We’re so mean to ourselves, we’re like, ‘Oh our butts are hanging low! And our arms!’ And literally it’s been a week—I’m sure not much has changed.”

As she has said before, her weight loss began not because she wanted a different bod but because she found sanctuary in the gym. “My home [with Lamar Odom] was dark and toxic,” she says. “At the time, my family didn’t know what I was going through. It was the biggest secret I’ve kept. I just needed a place to go,” she said. Her mom “would start asking too many questions,” and checking into a hotel was out of the question because “the paparazzi would see me and it would look shady,” so she started hitting Equinox on the regs. “They had a TV and I could watch ‘The Real Housewives’ on an elliptical,” she said. “No one talked to me. I loved that solitude.”

Once she noticed a change in her body, she employed the services of celebrity trainer Gunnar Peterson. She’s also often seen working out with trainer-to-the-stars Don Brooks as well, and she aims for workouts three to five times a week.

As a result of her changed body, Khloé dresses differently now. She used to love a miniskirt that she felt showcased her legs, “the skinniest part” of her body, she said. Lately, “I will wear a turtleneck bodysuit and jeans and feel really good,” she said. “That, to me, is effortless sex appeal.”