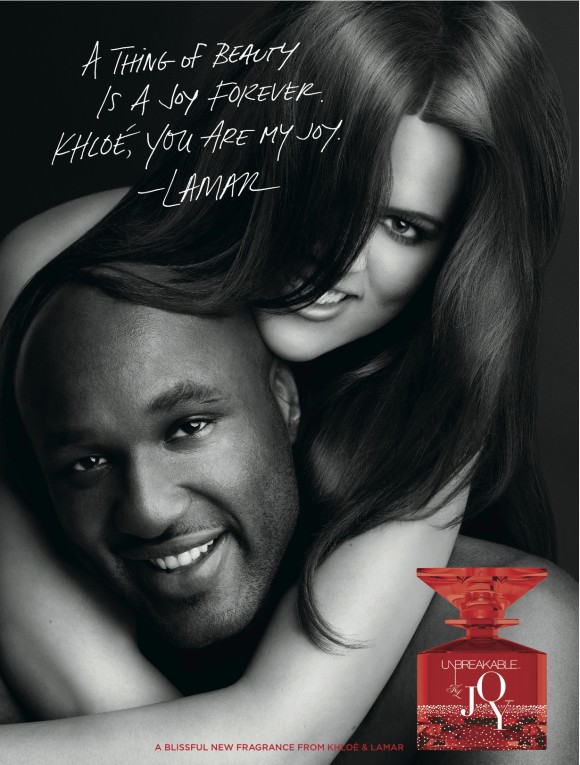 Whether they’re really ‘unbreakable’ remains to be seen.

Discretion isn’t exactly a word one associates with the Kardashian clan, but according to RadarOnline.com, Khloé is waiting until filming of “Keeping Up With The Kardashians” wraps to decide the fate of her marriage to NBA star Lamar Odom, as the reality star doesn’t want the drama to be captured on camera.

The 29-year-old Kardashian, and Odom began living apart since his DUI arrest last month, which came on the heels of cheating rumors and reports the NBA free agent was battling a major addiction to crack-cocaine. Odom allegedly went to rehab last year and stayed clean for basketball season, but returned to his old ways once it ended. While Khloé said she was willing to stand by him and attempt to save their four-year marriage if he sought help, Odom’s refusal to admit to a drug problem led her to kick him out of their $4 million L.A. mansion.

While Odom’s alleged drug problem obviously isn’t helping matters, Radar cites a source as saying it’s the infidelity that Khloé’s truly stuck on. “The cheating is what she can’t get over. Lamar was unfaithful to her for a very, very long time. Not only did he betray the vows of their marriage, but placed her health in jeopardy because Lamar often had unprotected sex with multiple women.”

While the youngest Kardashian sister is putting on a brave face and acting like a professional on the show, she’s clearly determined to keep her marriage problems far from viewers’ eyes.

That, however, doesn’t mean she’s staying home crying. Just this Saturday, Khloé and sisters Kourtney, Kendall, and Kylie were photographed backstage with the pastie-clad Miley Cyrus at the HeartRadio Music Festival in Las Vegas. Khloé was wearing a sexy black leather dress, and her engagement ring, making us wonder whether part of her still thinks the marriage can be salvaged. While we won’t know the answer to that for a while, one thing we do know for certain: Don’t ask Miley for relationship advice.