Talk about a statement coat: Khloe Kardashian stepped out in New York City Monday wearing a floor-length faux-fur jacket with the words “Fxck Yo Fur” spray painted in red on the back. 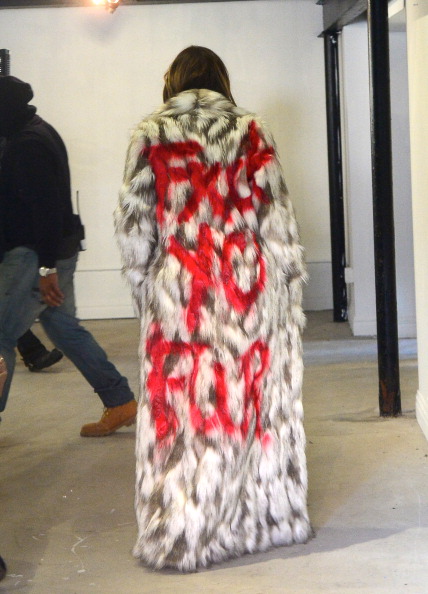 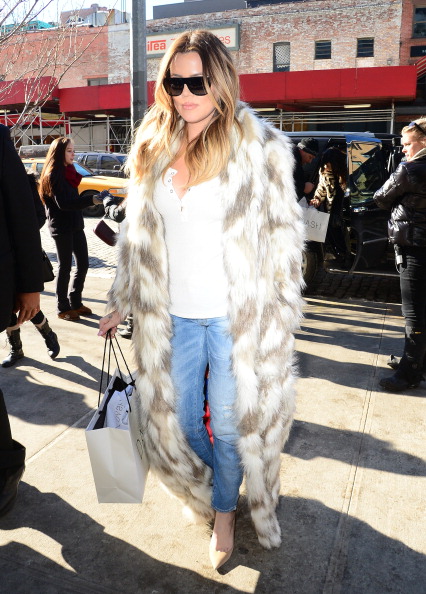 MORE: Who Should Khloe Date Next? 5 Possible Boyfriends For The Reality Star

The reality starlet and animal-rights activist (though we use the word “activist” lightly—apart from appearing nude in a PETA ad in 2008, we’re not sure what else she does with the cause) was shopping in the city’s SoHo neighborhood with sisters Kim and Kourtney and obviously caused a huge (and, probably, orchestrated) stir with paparazzi, who were snapping like wild men to capture the foursome (yes, we’re counting Khloe’s coat as its own entity.)

MORE: Anyone Else Notice That Kim K. and Naya Rivera are Starting to Look Exactly Alike?

Afterwards, the 29-year-old posted a Keek video of herself in the statement coat, and captioned it: “F*ck Yo Fur!!! Fake fur all day people!!”

It’s worth noting that in 2012, Khloe ended her relationship with PETA after she learned the woman who flour-bombed sister Kim at a red carpet event had ties with the organization, and posted a series of tweets Monday about how her coat is not affiliated with the group.

No I'm NOT with PETA! I stand for kindness. Treat others the way you want to be treated. This includes the ones w/a voice and the ones wo.

I have my beliefs but I respect the choice of others. I don't bully people into sharing the same beliefs as me. #LoveIsCheaper lol

How can u ask 4 non cruelty yet u attack my sister? No thanks! Won't be apart of your bullying ways.

What do you think of Khloe’s statement fur? More power to her, or keep quiet? Weigh in! 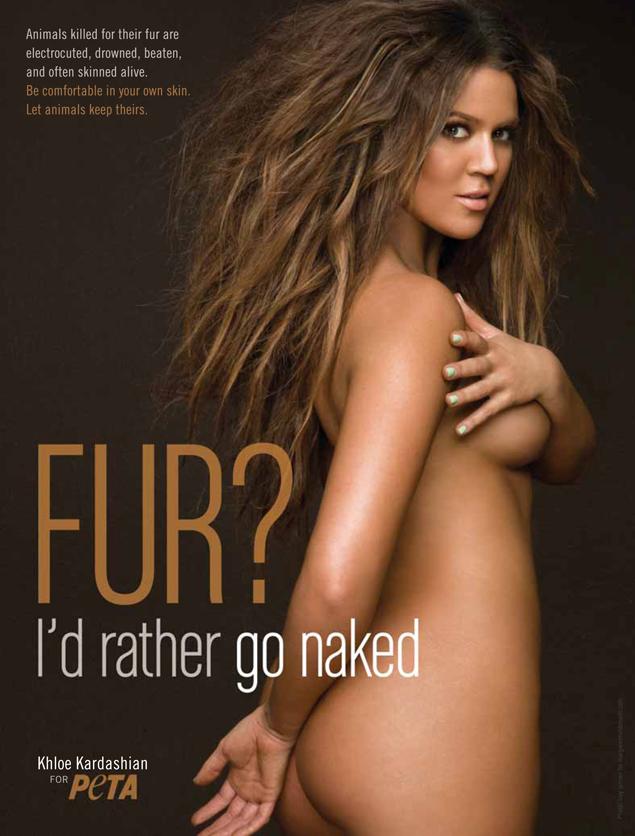