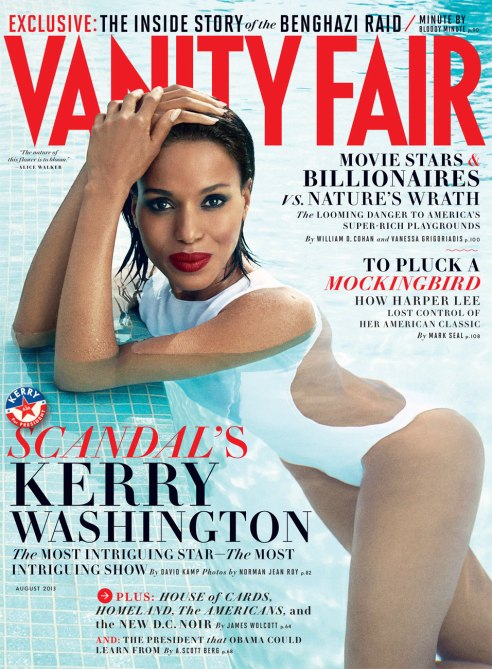 Kerry Washington is one step closer to that Vogue cover. The gorgeous star of addictive television show “Scandal”—and one of fashion’s newest and most consistently chic faces—has landed the cover of Vanity Fair’s August issue, shot by Norma Jean Roy. This is a big deal not just for Washington herself, but for the magazine: Washington’s appearance marks the first time in seven years that a black woman has appeared solo on the cover. The last time was 2005, when Beyoncé was the mag’s cover girl.

Inside the magazine, race is spoken about frankly, with Washington telling Vanity Fair’s David Kamp: “One of the most profound things for me about the show is the number of white women of all ages who come up to me and say, ‘I want to be Olivia Pope,'” Washington said. “The fact that white women can see this woman of color as an aspirational character is revolutionary, I think, in the medium of television. I don’t think white women would feel that way about Olivia if her identity as a woman, period, wasn’t first in their mind.”

We think both the cover and her statements are a huge moment for both Kerry and fashion at large, and we’re hoping to see the talented actress grace more covers in the coming months! Check out a couple of the inside shots of Washington below, and then head to VanityFair.com to read more highlights from the cover story! 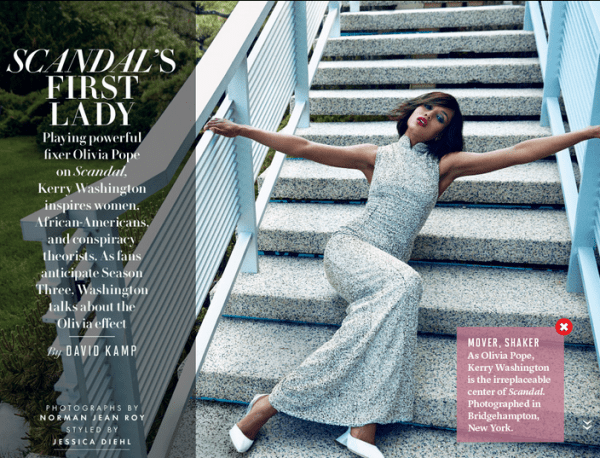 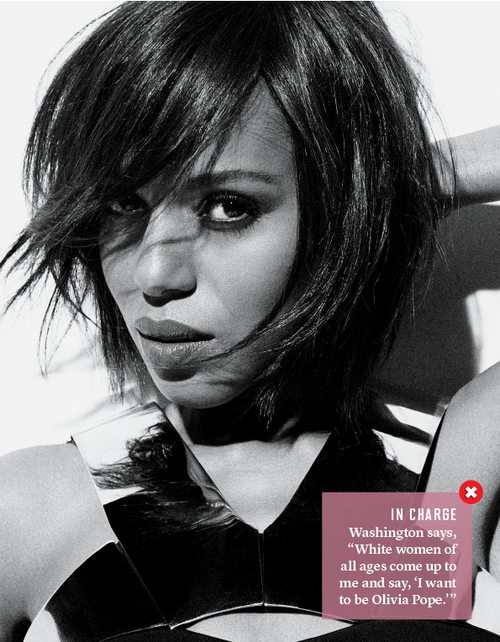