As the actress who originated Olivia Pope, one of the most badass women on television, Kerry Washington is not to be messed with. The 40-year-old “Scandal” star proved that on Thursday night at the 34th annual Night of Stars Gala in New York City, where she debuted a bob so sharp, we almost got cut from staring at it on our computer screens.

The sleek chop, which fell right above Washington’s shoulders and also included dangerously blunt bangs, was the work of the four-time Emmy nominee’s longtime hairstylist, Takisha Sturdivant-Drew, who has also worked with stars like Gabrielle Union and Uzo Aduba. On her Instagram, Sturdivant-Drew broke down the exact procedure she went through to acquire Washington’s razor-sharp cut. 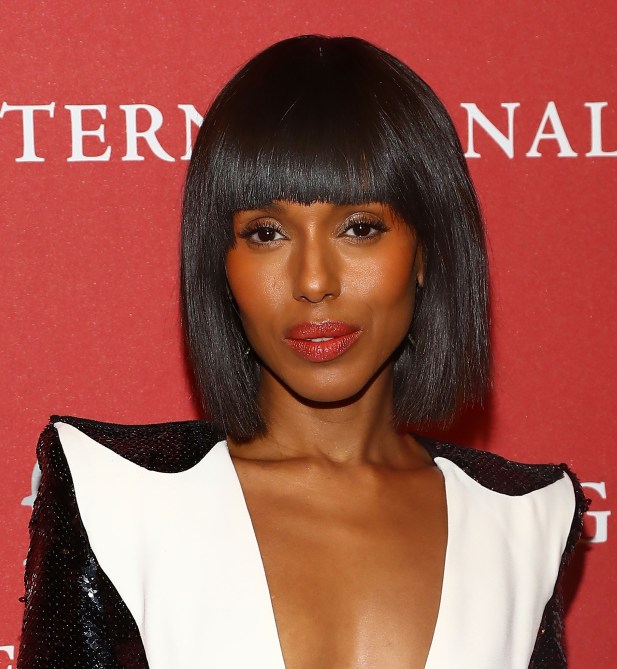 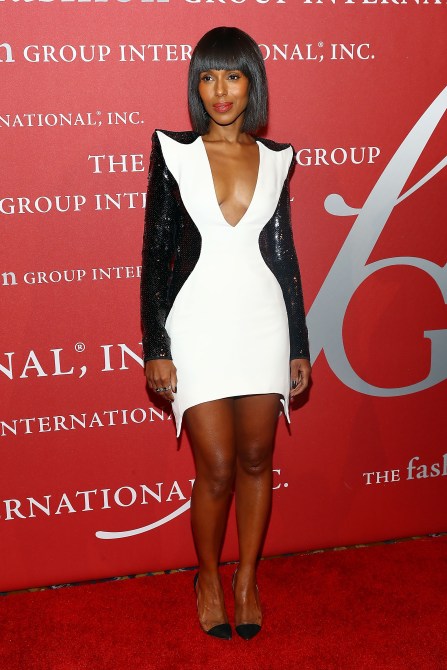 Inspired by Washington’s red carpet ensemble, a form-fitting black and white dress with structured shoulders, Sturdivant-Drew knew immediately that she wanted to keep the geometrical theme going with a blunt bob. Using her own brand of TSD hair extensions, Sturdivant-Drew started by cutting from the nape of Washington’s neck to the side of her hair to land the blunt bob effect. Then, after cutting the front into bangs, Sturdivant-Drew finished off the look by adding some extensions to the side for dimension and flat-ironing the entire thing. After spritzing on a little hairspray, a chic bob was born.

Though we don’t know how long Washington will keep this hairstyle (the girl has been switching it up a lot lately), we’re confident that whatever chop she sports next will be just as badass as her IRL and on-screen persona.