Friends who selfie together, stay together. Over the weekend, like the rest of us, Kendall Jenner and Bella Hadid endured the sizzling summer heat. And though the hot weather was far from the supermodel lifestyle they’re used to, the models found one good thing to come out of the scorching sun: freckles.

On Sunday, the BFFS took to their Instagram stories to share matching, sun-kissed, makeup-free selfies which are making us seriously reevaluate our friendships. Jenner was the first to show off her natural birth marks with a no-makeup picture shouting out the sun for her smattering of freckles. The shot showed with the 22-year-old with a bare face covered in adorable freckles around her nose and under her eyes. “kissed the sun. sun kissed me,” Jenner wrote in the caption. 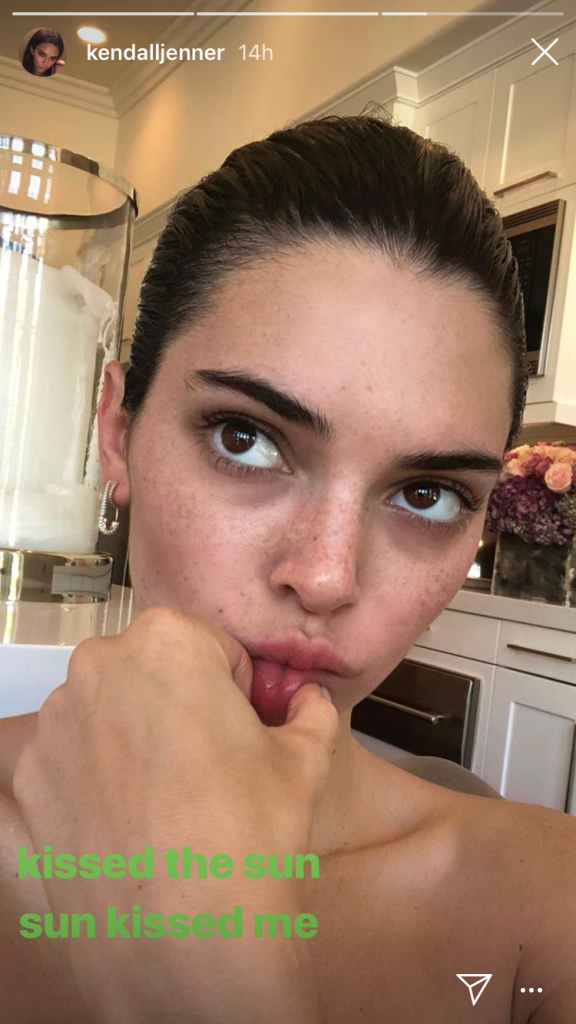 MORE: 20 Celebrities Who You Didn’t Know Had Freckles

Inspired by her friend’s freckle-ful picture, Hadid also showed off her sun-kissed spots. A few hours after Jenner’s selfie, the 21-year-old took to her own Instagram story to show off her reddish brown marks. In a selfie of her laying on a pillow, Hadid gave her fans a peek of her freckles, which were scattered around her nose and unobstructed by any makeup. “Same same but different @kendalljenner hmmmfff,” Hadid wrote in the caption. 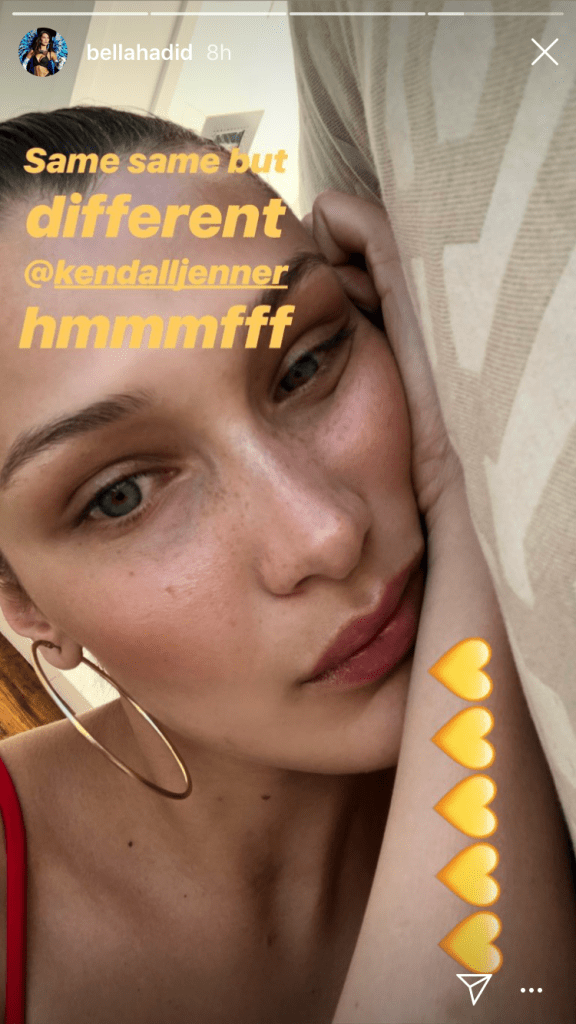 MORE: What Celebrities Look Like With and Without Makeup

Jenner and Hadid aren’t the first celebrities to show off their freckles this summer—and they won’t be the last. So far, Halsey, Lily Collins, Brooklyn Decker, and so many more stars have gone au naturel and flaunted their freckles without an ounce of makeup. We’re taking bets on who’s next.