Kendall Long has an episode of The Bachelor to thank for her new book. On season 22 of The Bachelor in 2018, Kendall went on a date with Arie Luyendyk Jr. and asked him one of the most bizarre questions ever heard in Bachelor Nation: “If you ever went to a tribe where the tradition was to eat human meat after someone had passed away, would you try human meat?”

“A lot of people really liked it and thought it was hilarious/disturbing,” Kendall tells StyleCaster.

The question came from a notebook that Kendall has kept since college. In the notebook, Kendall records random questions—such as “At what age, did you learn the most about yourself?” and “If you were a warning label, what would your warning label say?”—that she uses to start conversations. “I would put them into a notebook and bring them out on first dates or with groups of friends,” Kendall says.

Two years after her season of The Bachelor, Kendall published the notebook as a book. The book, titled Just Curious: A Notebook of Questions, was released on November 17 and consists of 150 of Kendall’s absolute favorite questions she’s recorded over the years, as well as blank pages for readers to write down their answers. “What I found really fun was to have the not-so-serious questions at the beginning and it slowly gets more and more in depth,” she says. “I like the idea of someone going through the book and building that connection as they’re going through it. Near the end, those are the ones that are a bit more existential, more serious.”

Ahead, Kendall talked to StyleCaster about her most cringe-worthy moment on The Bachelor, her advice to Clare Crawley and Dale Moss and previous “talks” to be the Bachelorette. 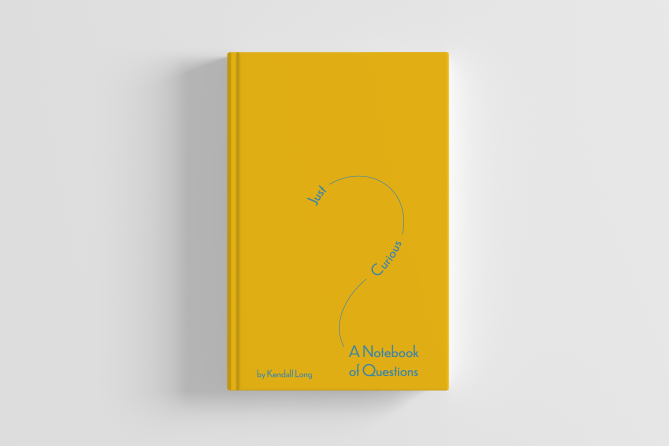 On talks to be The Bachelorette for season 16

“I’d just gotten out of a relationship. Joe [Amabile], and I had just broken up. It didn’t make sense for me to be the Bachelorette at that time. Honestly, you can ask anybody, like, ‘Hey, can we have 30 single guys to introduce to you that you can date?’ No one is going to say no. It sounds like a cool experience. I’m not sure if that’s ever going to be something that’ll happen to me, but I wouldn’t say no. I talked to a few people about it, but it definitely didn’t make sense to me at the time. But it would’ve been cool.”

If she would ever be on Bachelor in Paradise again

“In order to be on one of the Bachelor shows, you have to be single. I’m definitely dating. I’m not holding off to find my true love on reality TV. If I happen to be single, why not? It was a great experience for me. The Bachelor was great.”

On the backlash Clare & Dale have faced from Bachelor Nation

“I’m happy that Clare found her man. I was surprised. So soon. But, hey, love works for everybody in different ways. I don’t know why she should care. She has an amazing man, and they seem to be really happy, just judging by her social media and his social media. I don’t think she should listen to anybody else’s opinions about it. I know how it feels.”

On how she was cast on The Bachelor

“I applied. I was watching Rachel Lindsay’s season with my sister and some girlfriends while we were housesitting my parents’ place. The casting came up. My sister was like, ‘Oh. You should definitely apply.’ I was like, ‘I’d never apply for that show! How could I!’ I think everybody says that. Then I had a couple glasses of wine, and I was like, ‘You know what? I’m going to do it.’ I was on the corner of the couch, typing up my application and I said, ‘I’m a ukulele-playing-taxidermy-collecting twin.’ They called me the next day, so I feel like they were like, ‘This is our weirdo, right here.’ Initially, I thought it would be Peter because that was what all the rumors were, and when it was Arie, I think it surprised a lot of different people, probably how Clare surprised people from this season because she was someone that was on the show a while back. I kind of liked going into it without some idea of who the Bachelor was. I can go in feeling it was more of an even-level playing field. We didn’t know anything about each other. I found out when everyone else found out a week before we went on. I watched Good Morning America, and I was like, ‘Alright. This is the guy.’”

On the TV moment that made her cringe

“I cried so much when I was on that show. There was a time when I brought my taxiderm bat on for Arie’s season. I was like, ‘What a weird thing for me to do?’ There was this one time—I don’t know if they made it such a big deal—I was walking out of an archway when Arie was walking me out of this room, and I hit my head on top of the arch. There are so many things  I’m sure nobody notices but myself, but when you watch yourself back, you’re going to cringe.” 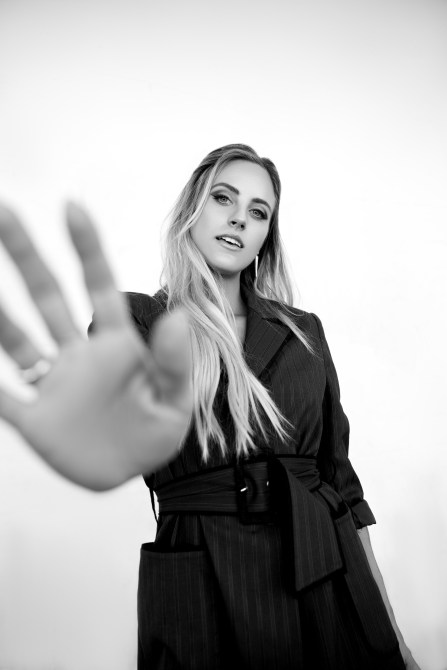 On the moment that didn’t air but she wished did

“There was this one time where I snuck into Arie’s hotel room and we ended up going and meeting near this fireplace. It was right before the two-on-one date. We had a good talk with wine by the fireplace. It was so much fun to have that one-on-one time with him before the two-on-one because before that I didn’t have any one-on-one time with him. That was something that I thought was really fun. But they never aired it. So I was like, ‘Alright.’”

On the moment people reference the most when they meet her

“Probably cannibalism. Talking about eating human meat. Or that I collect taxidermy. When I did the hometown date where I brought Arie to the huge taxidermy warehouse. That was pretty memorable. Also when Joe and I broke up on Paradise. That was something people remembered, and then got back together after. Those are a couple highlights.”

“I had nothing but a positive experience when I was on The Bachelor. It taught me a lot about who I was. I think Amazing Race would be great. I’d probably fail because I’m awful with directions, but I’m very competitive. Or The Greatest British Bake Off, but I think I have to live in Europe in order to make that happen. I suck at baking, but I feel it would be so fun to try. It’s all Hollywood. I love it. Everyone is so polite.”

The Bachelorette airs on Tuesdays at 8 p.m. on ABC. Just Curious by Kendall Long is available on Amazon
.