Kendall and Kylie Jenner are in NYC for fashion week, which means they’re having lots of quintessential city experiences. They eat at their favorite hotspots. They camp out at Kim Kardashian and Kanye West‘s $25 million Airbnb apartment in SoHo. And last night, for a very special treat, they got stuck in that apartment building’s elevator.

Naturally, the Californians freaked the F out. Even seasoned New Yorkers don’t relish the extremely unpleasant experience of boarding an elevator only to find the door sealed shut, but it seems both fitting and also extra awful that the Jenner sisters are only here for a short while and wound up getting waylaid in a tiny box suspended in the air on cables for 20 minutes with BFFs Hailey Baldwin and Jordyn Woods.

To be clear, the phenomenon of getting trapped in an elevator happens very infrequently, even in a city teeming with elevators—to put it in perspective, I’ve lived here my whole life (on and off) and have only been held captive in an elevator twice, and both times happened before I was eight years old. (Knock wood.) 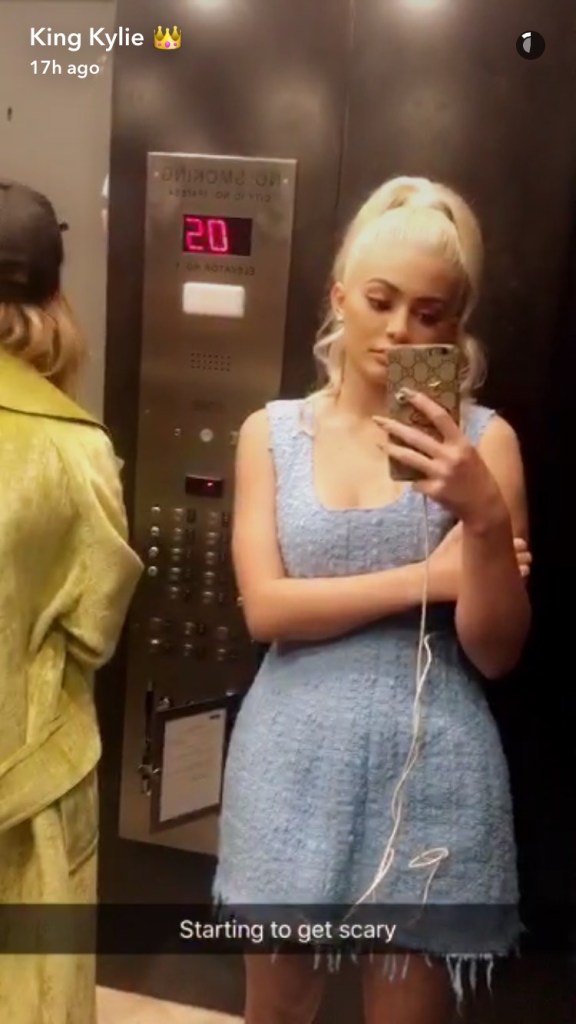 But even elevators in super fancy apartment buildings can be finicky sometimes, and disaster definitely struck last night. Don’t worry, though: Everyone’s fine, and they Snapchatted their way through it, as one does.

“We’re actually stuck in an elevator in real life, like, I’ve never thought this would actually happen,” Kendall explained in her first snap, panning the camera over Kylie, Baldwin and Woods. “I’ve genuinely so terrified and hungry,” she added, sounding quite calm.

In the next video, Kendall made use of a filter to distort her mouth into a frown, adding the caption, “fire department is here.” In the background, you can hear, “We’re going to be fine,” from one of the girls, followed by the same sentiment echoed by someone else. Kylie looks really upset. All of them (minus Kendall) have progressed to sitting on the floor.

In another video on Kylie’s SC, Kendall explained that she didn’t realize that they were actually stuck at first. “I thought that it was just the door’s split, like, I didn’t realize it was really a …” Kendall said, at a loss of words.

Living up to their nickname, the firefighters released the quartet about five minutes after they arrived on the scene. They’re not called NYC’s finest for nothing! 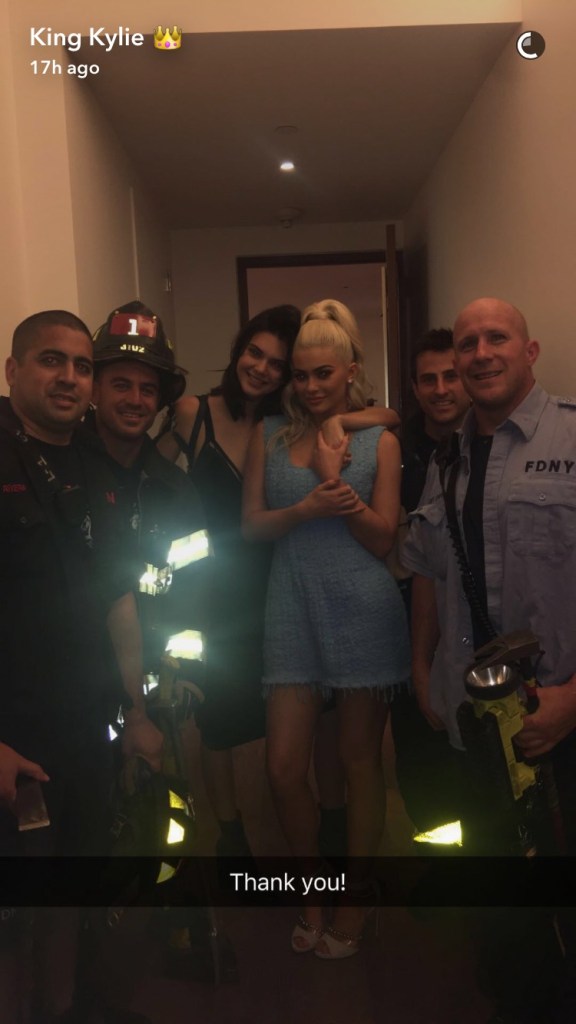