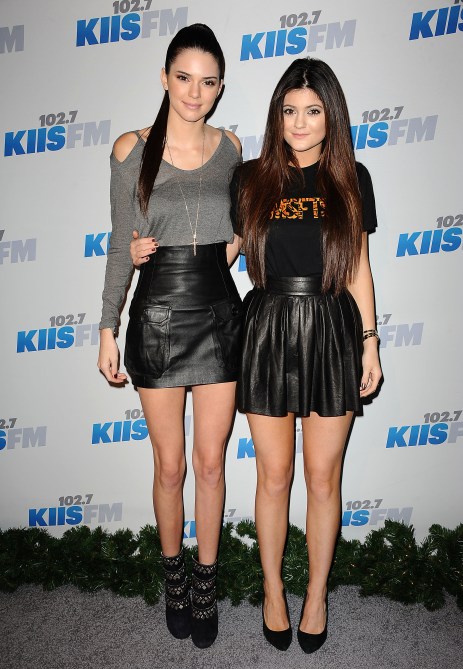 Plenty of people have less-than-favorable things to say about the Kardashian clan, but no one can deny that the people running the show (hint: Kris Jenner) have been seriously savvy when it comes to business and capitalizing on the limelight. In fact, pretty much every member of the family has—at some point or another—bagged a lucrative endorsement deal, and its youngest members are no exception.

Kendall and Kylie Jenner are only 17 and 16 respectively, but RadarOnline obtained a copy of one of their contracts, which states that they’ve been racking up some pretty grown-up paychecks for quite some time now. A few years ago, when Kendall was 15 and Kylie was 13, the Kardashian-Jenners embarked on a line of nail polish with OPI called Kardashian Kolors, and each girl banked a hefty $100,000 in the process.

In case you forgot this adventure into the world of beauty, Kardashian Kolors included polishes with Kardashian-themed names like “Khloe Had A Little Lam-Lam” (which is super-sad now) and “Listen To Your Momager.” In addition to their large lump sum, the Jenner girls received a share of the profits and a truckload of products (hundreds of bottles of nail polish).

Here’s the kicker: In true Kardashian form, they didn’t really do much of anything to get the check. They did one press day, one photo shoot, and tweeted about it.

What do you think of their major payday?