Both Kendall and Kylie Jenner consistently serve incredible looks, but I can’t say I saw this one coming. I mean, Kendall typically flies solo at the Met Gala—and I definitely expected Kylie to show up with “hubby” Travis Scott in tow (don’t worry, he showed up after the girls made their grand entrace). Instead, the Jenners opted for a sister act and showed up in truly maximalist Versace gowns. Kendall’s was bright orange, and Kylie’s was lavender—and both were practically dripping with dramatic feather detailing.

To keep the spotlight on their dresses—where it obviously belonged—both sisters opted for lower-key hairstyles. Kendall wore her brunette hair slicked back in a sleek bun, giving her orange feather cape all the room it needed to thrive. (Can capes thrive? They can now.) Kylie opted for a super straight lavender wig, which perfectly coordinated with the shade of her gown—and offset her off-the-shoulder neckline. 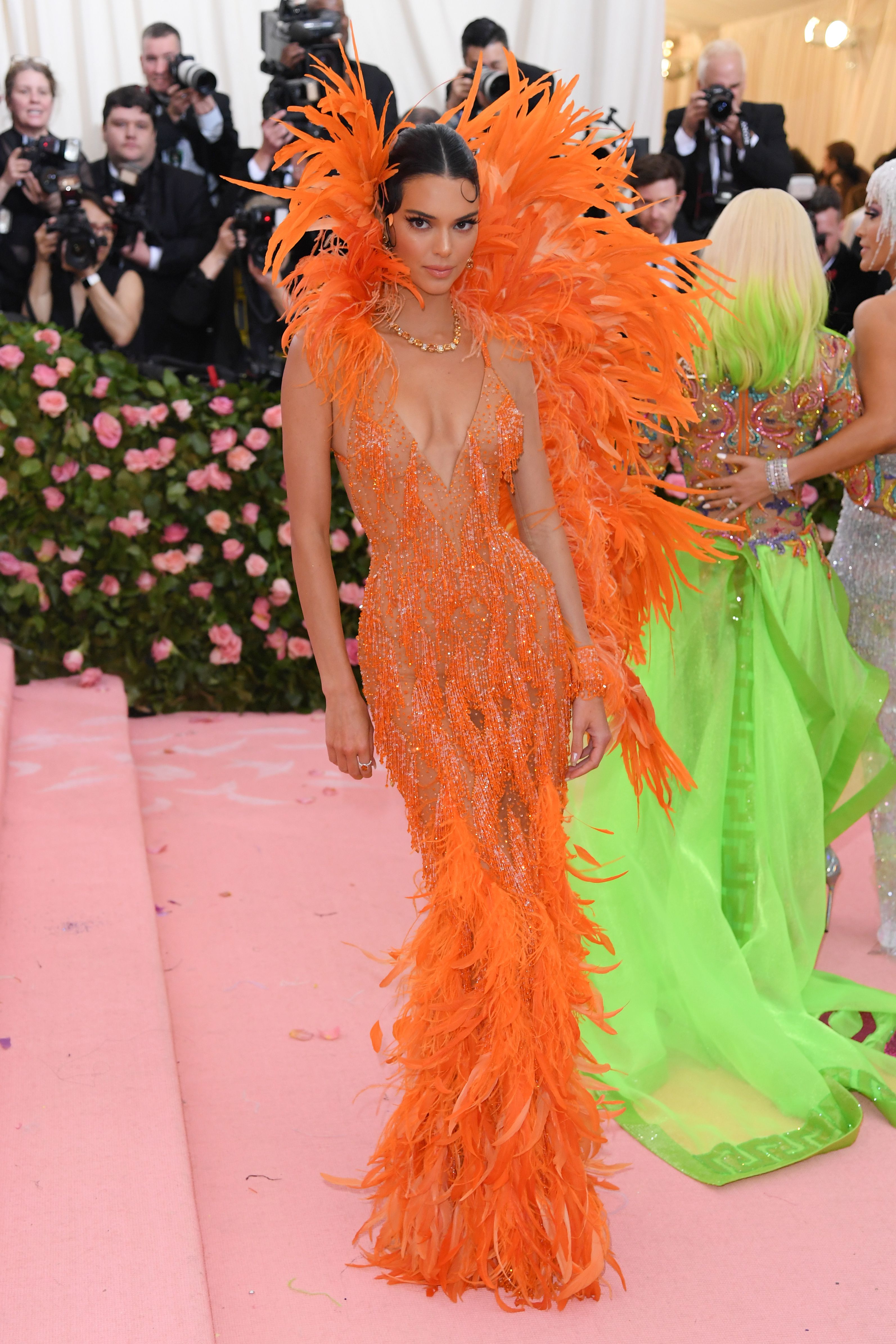 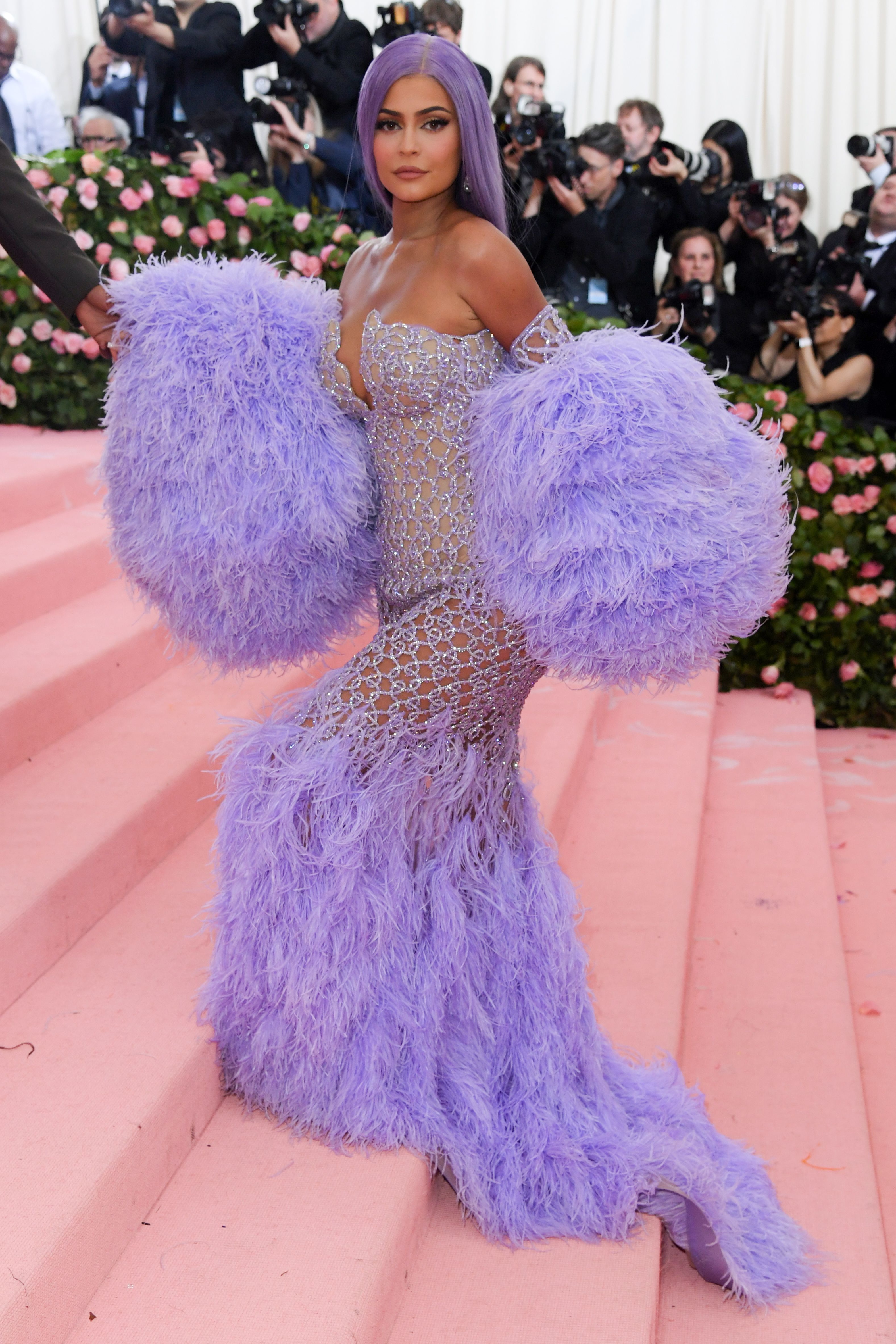 I’d be lying if I said I wasn’t low-key expecting the KarJenners to show up in half-assed (not-so-campy) ensembles. They tend to stick to figure-hugging leather gowns, regardless of what the theme is; don’t get me wrong—they look truly incredible every time—but the Met Gala theme’s the Met Gala theme, and this one was too fun to pass up. Thankfully, the sisters way exceeded my expectations and sported a coordinated look that was one of the most on-theme around. (Shout-out to momager Kris Jenner, too, who stunned in a campy AF ensemble of her own.)