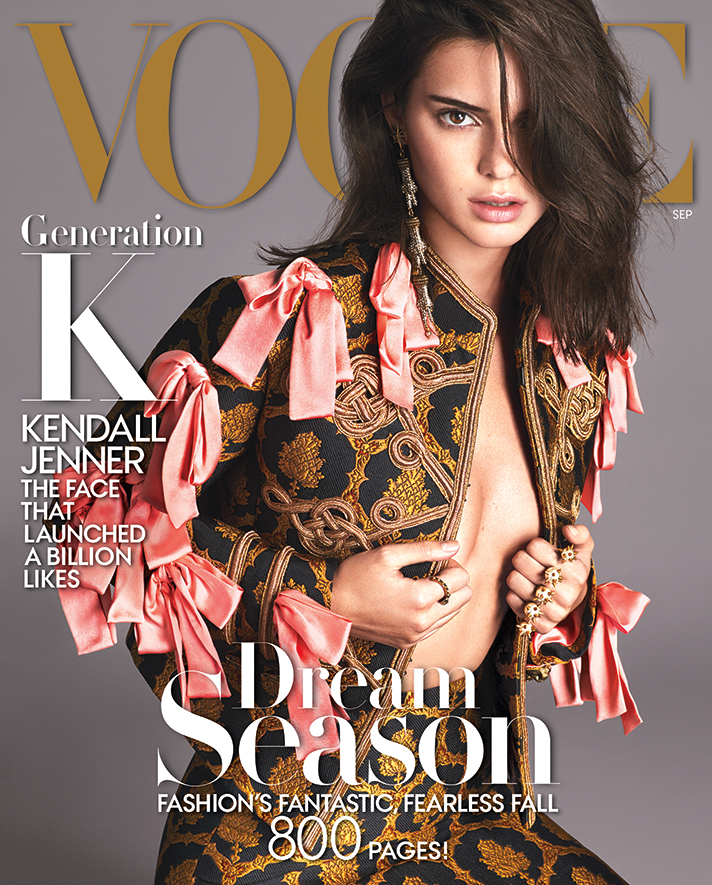 You just know Kris Jenner is having her most expensive champagne for breakfast this morning: Vogue just announced that Kendall Jenner is on the cover of its September issue, marking the biggest honor the fashion glossy has given yet to the first family of social media.

Jenner was photographed by Mert Alas and Marcus Piggott in a full Gucci look for the cover shot, and inside the issue, the 20-year-old plays muse for a full fall fashion portfolio, posing in-studio in Louis Vuitton and Proenza Schouler, frolicking in a field in Margiela, and even taking a pretend snooze in Valentino on a green sofa (not the same one that appeared on Adele‘s cover, mind you).

The cover is not Jenner’s first for the magazine, Vogue reminds us—she had a special issue devoted to her in April, sponsored by Estée Lauder, for whom she is a campaign face—but it is the biggest one a star can get. She follows on the heels of BFF Gigi Hadid, who covered the August issue with Olympian Ashton Eaton, and more than two years after Kim and Kanye made waves with their infamous bride-and-groom cover (which we’re now almost surprised to remember was an April issue, not September).

Kendall gets her own version of the “#WorldsMostTalkedAboutCouple” coverline too: “The Face That Launched a Billion Likes.” How very 2016.

See a few snaps from the issue below, and check out the rest of the spread and the profile at Vogue.com. 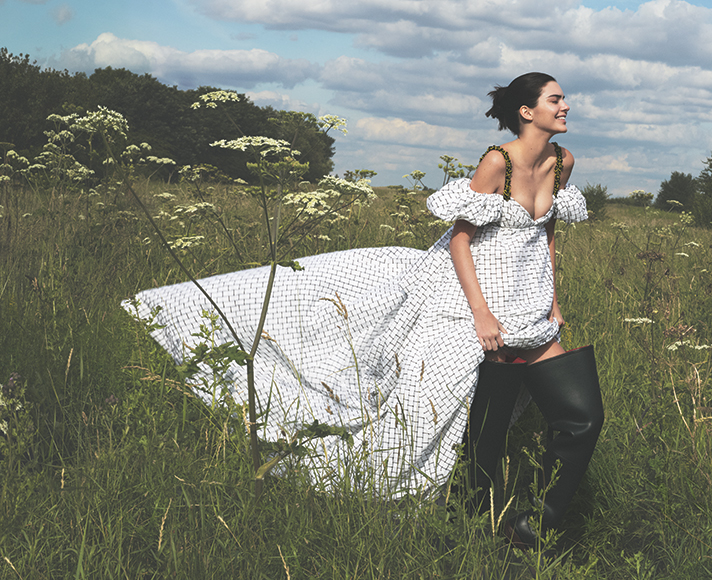 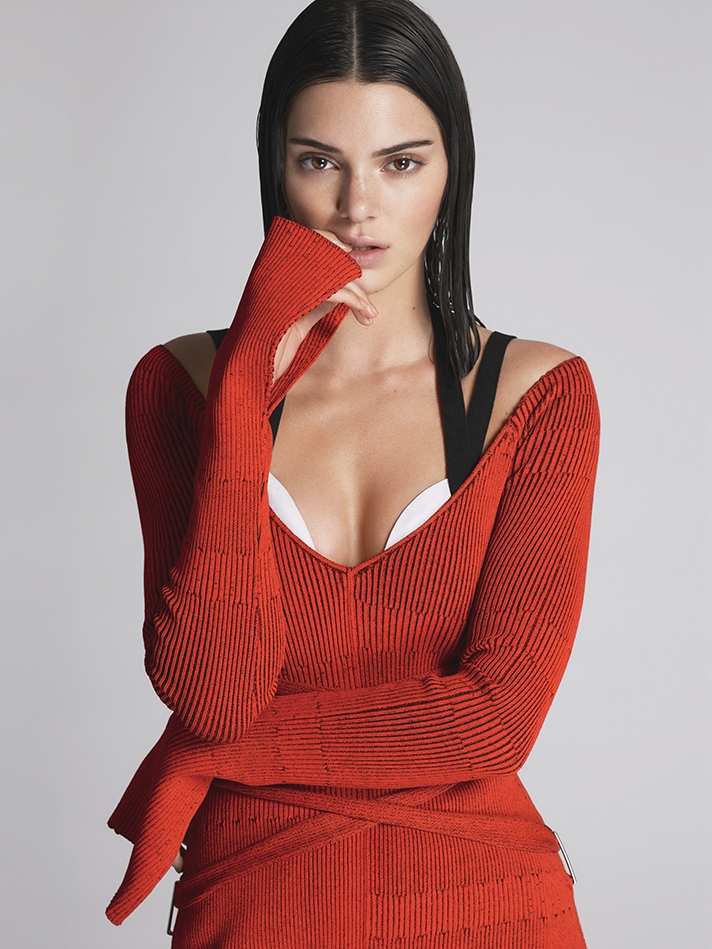