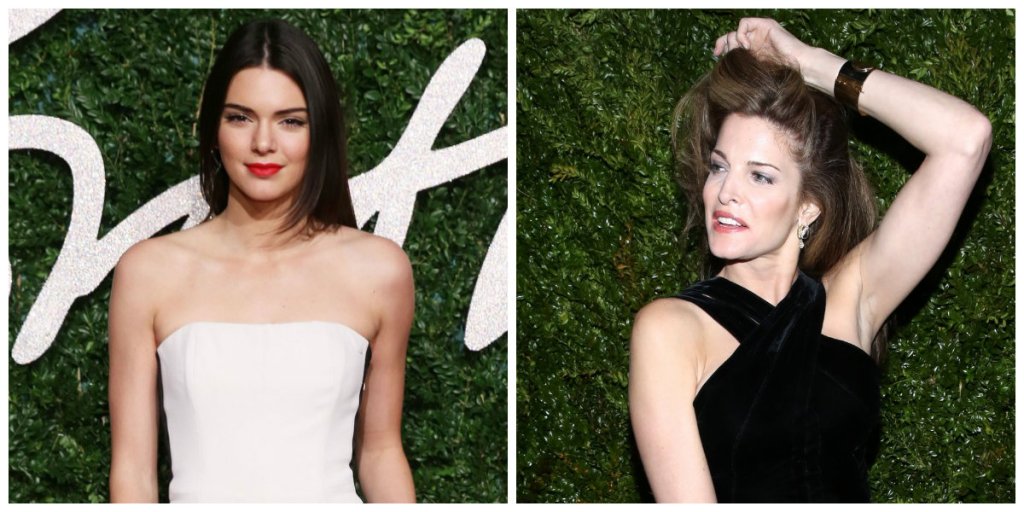 As far as Kendall Jenner is concerned, if anyone is a “bitch of the moment,” it’s Stephanie Seymour. “Gigi sent me the most recent rant and I’m disappointed,” she wrote on her website, kendallj.com. “If you’re going to tell us not to be in ‘your moment,’ then don’t be in mine!”

In case you missed it, Seymour told Vanity Fair last week that she definitely doesn’t consider Jenner and her BFF Gigi Hadid real supermodels. “They are completely different than we were,” Seymour said. “Supermodels are sort of the thing of the past. They deserve their own title. [Kendall and Gigi] are beautiful girls, and I support all of them, but they need their own title.” Like, for example, what? “Bitches of the moment!” she laughed. “That would be a good title for them.”

Seymour isn’t the only one who thinks Jenner and Hadid aren’t really supermodels—this goes way back. For example, a couple of months ago, Rebecca Romijn told “ET” that she thinks they’re “social media stars,” not supermodels, which caused Vogue U.K. to innocently tweet, “Who said that Kendall and Gigi are not ‘true supermodels’?” In response, hundreds of people replied, “Everyone.”

“No one is trying to steal Stephanie Seymour’s thing, or trying to be her,” Jenner continued on her website. “I actually looked up to her.” And Seymour should know better, Jenner added. “She has a daughter! I guarantee you that she didn’t imagine someone so publicly shaming her daughter when she made those comments about us being ‘bitches of the moment.'” Jenner isn’t the best writer in the world, but I think she’s trying to say that any mother would be upset if her daughter were publicly dissed by some famous woman. Too true, Kenny.

“Being a ‘supermodel’ is a relative term,” Jenner went on. “If people want to call Gigi and I supermodels now, it doesn’t take anything away from supermodels of the past. Obviously, I have so much respect for those women, but right now, we’re the models of this time. Significant? Maybe. Hardworking? For sure.”

Pirouetting atop her soapbox, Jenner finished, “When I’m older, I’m going to be so nice to anyone who’s trying to do the same thing as me. There are other supermodels who give me tips and build up my confidence, sending me notes after a spread comes out, saying, ‘You’re killing it,'” she said. “That’s the classy way to behave and I fully intend on being a positive influence on anyone younger than me, my entire life.” Slow claps.