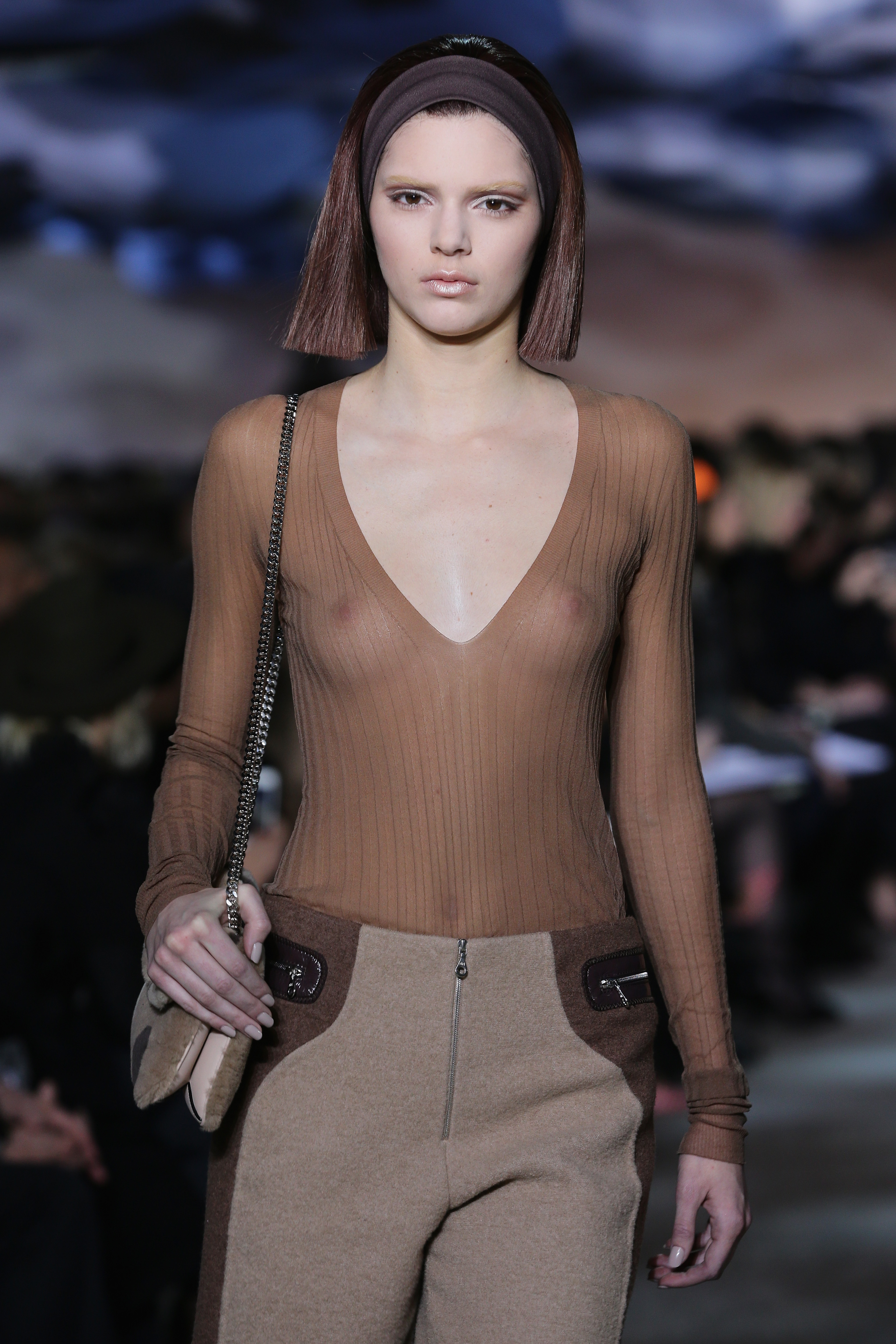 Outfitted in high-fashion hair and makeup—bleached brows, pale skin, and a straw-like bob—the 18-year-old model walked the runway in a skin-tight sheer shirt and no bra (which is becoming a regular occurrence for her, it seems), nipples on display for the fashion world (and, come tomorrow, everyone who reads the tabloids) to see.

To be fair, this probably isn’t to say that Kendall—who is signed with Society Management—has clinched a career as a high-fashion runway model. Marc loves some pop kitsch—he was the one to put former Disney star Miley Cyrus in his front row (and outfitted her in a Mickey Mouse top)  right before she blew up last year, and took her as his date to the 2013 Met Gala.

Regardless, this is huge for Kendall, as Jacobs is arguably the most well-known American designer working today, next to Ralph Lauren.

Plus, it’s a huge step up for the reality star and aspiring model, whose past runway jobs included walking in a show for Avril Lavigne‘s clothing line, Abbey Dawn, a few seasons ago, as well a gig strutting in Sherri Hill’s runway show, which mostly featured prom dresses. 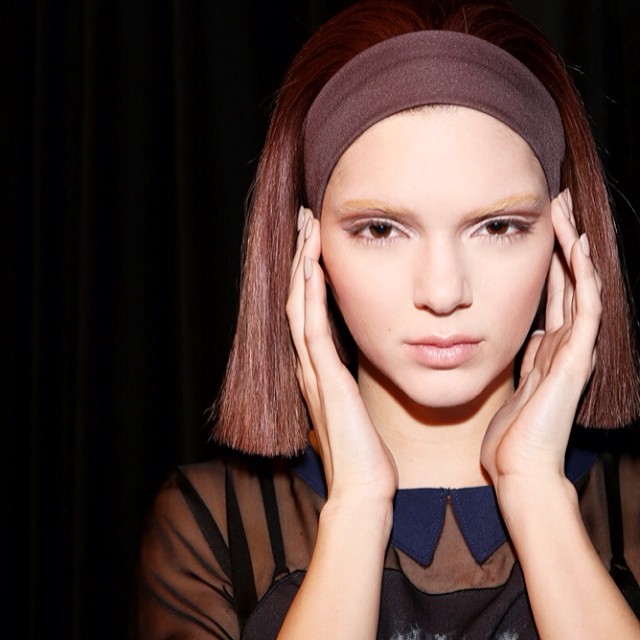