Kendall Jenner is on a freaking roll right now. The 18-year-old model and reality star is capping off a series of fashion coups with a huge Givenchy campaign—the first major high-fashion ad of her career.

The moody campaign was shot by fashion photographer heavyweights Mert & Marcus and features Kendall perched alongside fellow scion and social fixture Peter Brant II, as well as models Jamie Bouchert and Mariacarla Boscono. Similar to her spread in Vogue, Kendall fits in seamlessly with other models and does not overtake the brand itself, unlike say, another member of the Kardashian clan who prefers to be the center of attention. In fact, in the below shot, you might miss her. 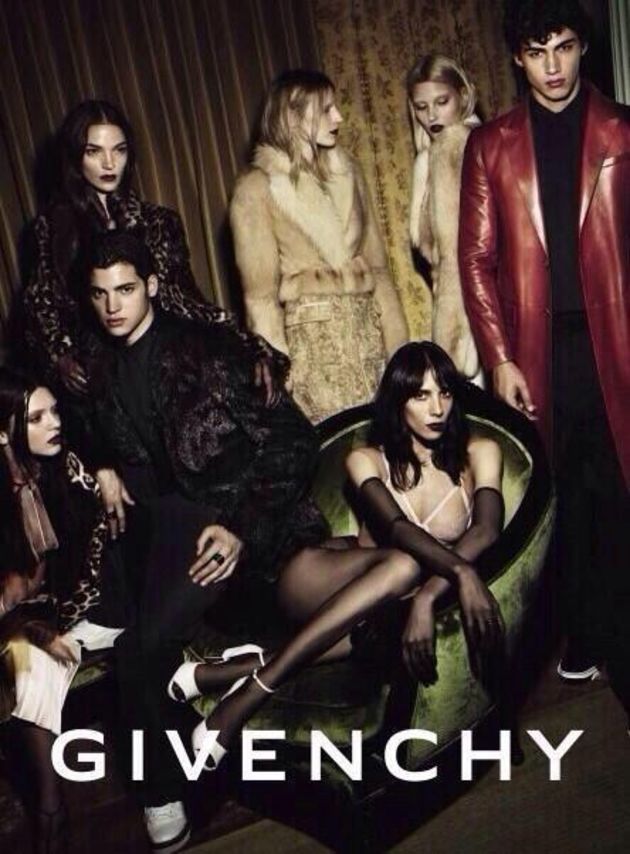 MORE: Is Kendall Jenner an Amazing Model or an Overrated Fashion Stunt?

While it could be argued Givenchy designer Riccardo Tisci may be a bit biased toward the Kardashian clan—he did design Kim’s wedding dress and is a staple in Kanye’s wardrobe, remember that boob-baring dress—Kendall’s definitely been paving a strategic modeling career. She’s been making red carpet appearances clad in very high-fashion (if risqué) statement looks, and this latest project is a good indication that she’s not going anywhere just yet.

What do you think of Kendall’s continued transformation?